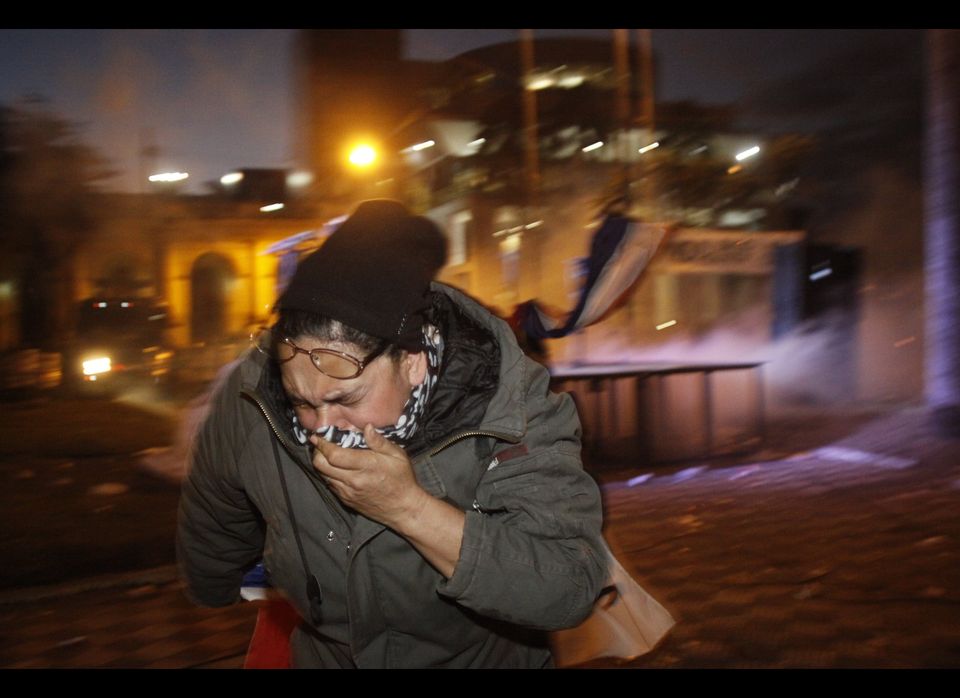 1 / 18
Pictures Of The Week
A supporter of Paraguay's President Fernando Lugo runs from tear gas during clashes with police outside Congress after the Senate voted to remove Lugo from office in Asuncion, Paraguay, Friday, June 22, 2012. Paraguay's Senate removed Lugo from office in a rapid impeachment trial on Friday, and the leftist former priest said he was stepping aside even though he considered his ouster a blow to democracy. (Cesar Olmedo, AP)