ROME, Dec 27 (Reuters) - An Italian priest has provoked outrage after putting up an article that said women were partly to blame for encouraging domestic violence by failing to clean their houses and cook properly and for wearing tight and provocative clothing.

Italian media reported that parish priest Piero Corsi fixed a text to the bulletin board of his church in the northern village of San Terenzo di Lerici, which said women should engage in "healthy self criticism" over the issue of femicide, or men murdering women.

Domestic violence against women is a serious problem in Italy although a report by a United Nations mission in June said it was "largely invisible and underreported".

"Let's ask ourselves. Is it possible that men have all gone mad at one stroke? We don't think so," said the text, which was reproduced in several newspapers.

"The core of the problem is in the fact that women are more and more provocative, they yield to arrogance, they believe they can do everything themselves and they end up exacerbating tensions," it said.

"How often do we see girls and even mature women walking on the streets in provocative and tight clothing?"

"Babies left to themselves, dirty houses, cold meals and fast food at home, soiled clothes. So if a family ends up in a mess and turns into crime (a form of violence which should be condemned and punished firmly) often the responsibility is shared," it said.

The mayor of Lerici, Marco Caluri, said on Thursday the article was "astonishing and deeply offensive" and the bishop of La Spezia ordered it to be taken down, saying it contained "unacceptable opinions which are against the common position of the church".

A third of women in Italy had reported being victim of serious domestic violence, a UN report citing data from Italian statistics agency ISTAT said.

It said that as many as 127 women had been murdered by men in 2010, often as a result of "honour, men's unemployment and jealousy by the perpetrator".

Maria Gabriella Carnieri Moscatelli, the head of Telefono Rosa, an association that helps the victims of violence, said an apology subsequently offered by Corsi was not sufficient.

"I thank the bishop who had the paper taken down but I'm still not satisfied because I think someone needs to talk to this person and understand why he has these attitudes," she told SkyTG24 television.

"I think he needs to make a deeper examination of his conscience that goes beyond apologies," she said.

Corsi denied reports that he intended to resign as priest and in an interview published on the web site of the weekly Oggi, he said he would be carrying on with his work.

"After everything that's happened, which has certainly been well beyond what I intended or expected, I think there's need for calm, rest and silence to respond with the serenity and harmony required to carry on," he said. (Reporting By James Mackenzie; Editing by Roger Atwood) 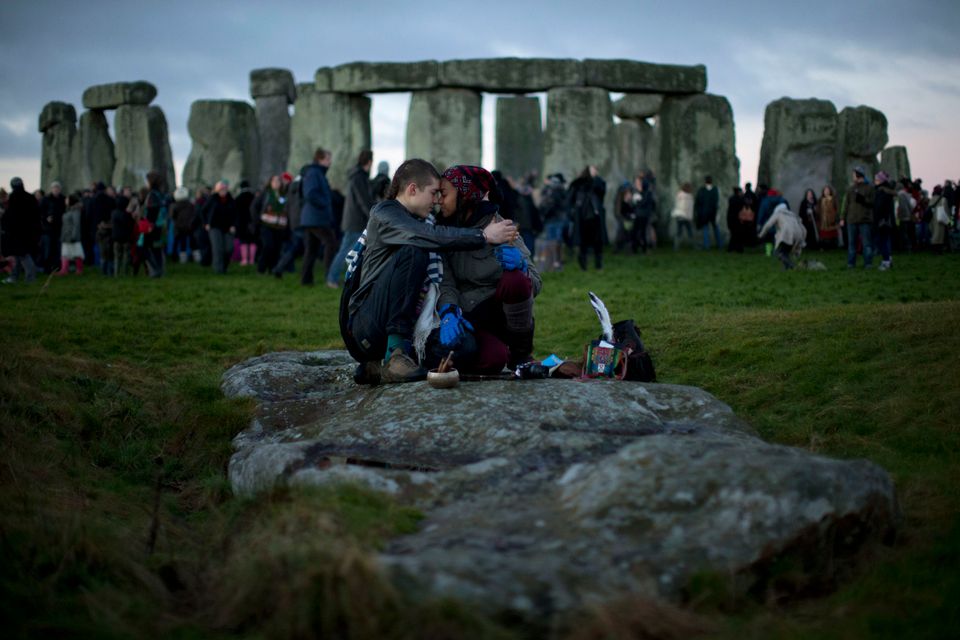 1 / 10
Doomsday Hour In England
People embrace by the ancient stone circle of Stonehenge, in southern England, as access to the site is given to druids, New Age followers and members of the public on the annual Winter Solstice, Friday, Dec. 21, 2012. (AP Photo/Matt Dunham)
AP