When CNN's Piers Morgan criticized England's cricket team in November for being "too slow," former Australian fast bowler Brett Lee challenged him to a one-on-one battle so Morgan could get a taste of what the game is really like. But we never actually thought he'd do it.

We were very wrong. On Thursday, in front of a crowd at the Melbourne Cricket Ground in Australia, Morgan suited up to face 6 balls from one of the fastest bowlers in the world.

Morgan put it into perspective:

So what does being hit with a cricket ball traveling at about 90-100 mph look like? 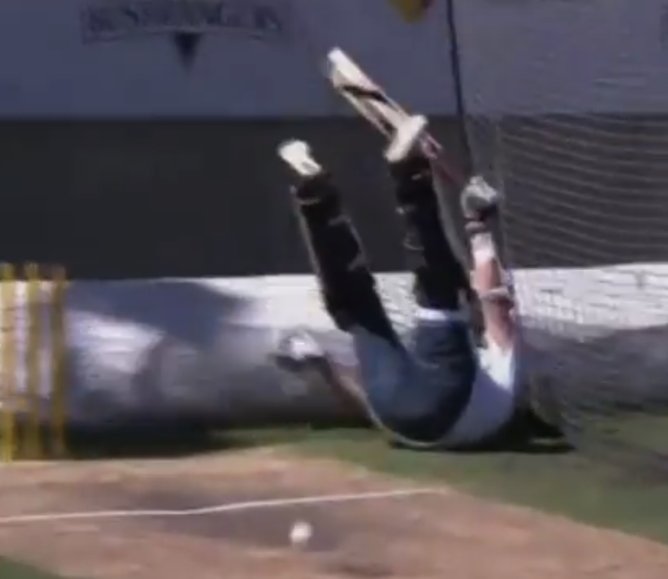 Morgan is indeed alive, but said it was a struggle for survival:

For the record, I didn't actually see a single one of @BrettLee_58 's deliveries. But I felt 4 of them crashing into my flesh.

My sister's verdict just in: 'It was like a form of stoning...very upsetting.' @BrettLee_58

We could ask the same question. Watch the video to relive the entire moment.

CORRECTION: A previous version of this article stated that Morgan's face-off with the fast bowler occurred inside the stadium at Melbourne Cricket Ground; it took place outside the stadium.

1 / 31
5-7 AM: Ashleigh Banfield and Zoraida Sambolin
Banfield (shown here) and Sambolin are set to host a new morning show starting in early 2012).
Getty