Dylan Parkinson reached out to Esther's Army back in September. Her dilemma? Dylan had been working at a farm in the state of Washington that raises pigs for slaughter. Her heart was touched deeply by the friendship she struck up with one of the pigs she cared for. She couldn't bear the thought of Hamlet dying for someone's dinner. She approached the owners who agreed to surrender the little piglet who was just born in July. The only catch was that the farm expected Hamlet to perform in their annual pig race held around Halloween. She would have to stay until the event was over.

In the meantime, Dylan did her due diligence and discovered her own home was not zoned for pigs. After having received a list of sanctuaries from Esther's Army, Dylan took personal responsibility and called several sanctuaries (most of which laughed at the thought of saving a meat pig) before finding one willing to take her precious charge. We applaud her tenacious spirit and determination to find Hamt a safe and loving forever home. Harmony Farm Sanctuary, located in Oregon, would welcome Hamlet with open arms and a new freedom name, "Eleanor Pigby." Dylan happily drove Eleanor the six hours it took to get to her new home; true love in action! A big thank you to Dylan Parkinson and Harmony Farm Sanctuary for rewriting Eleanor Pigby's story and giving her a happily ever after 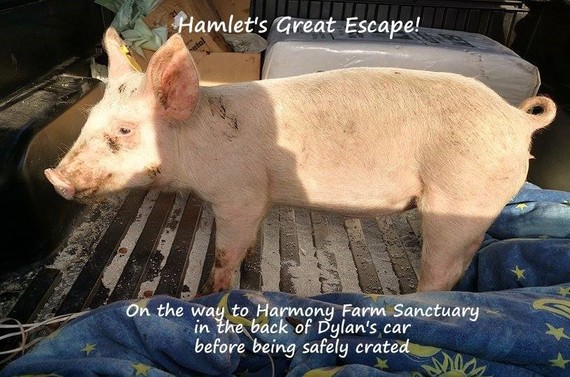 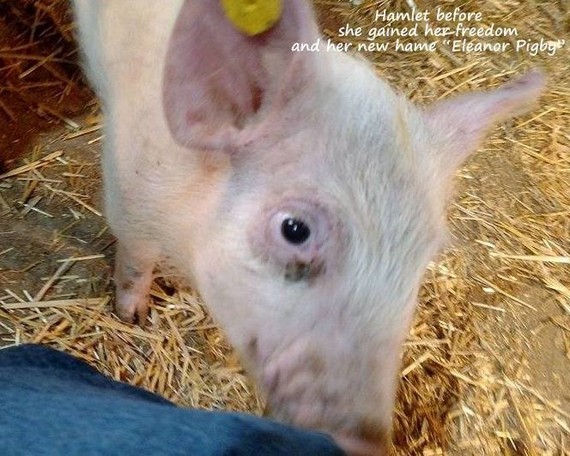 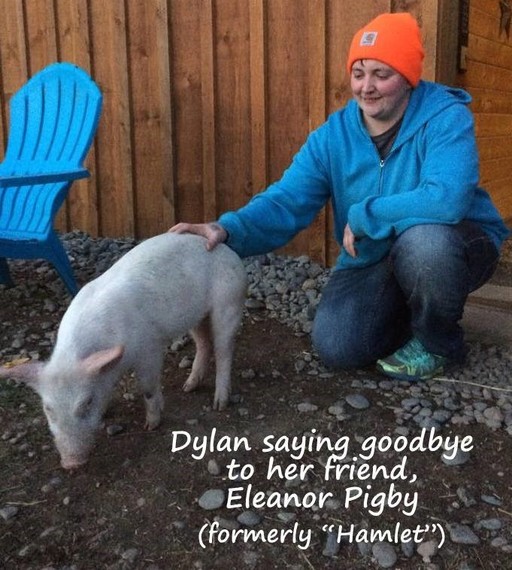 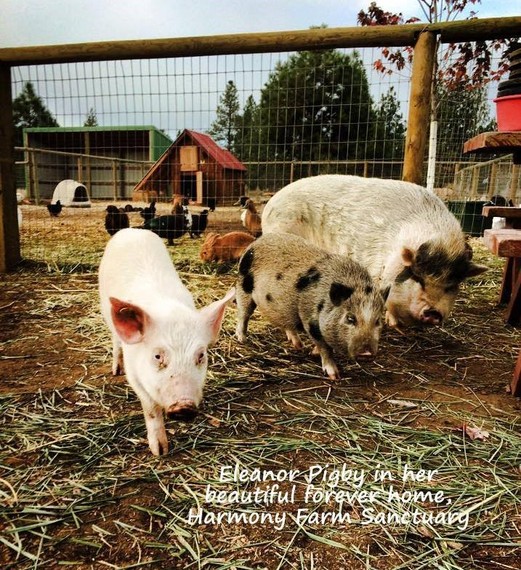