A pig who was hauled off in a cop car last week is getting a life sentence -- as a pet! 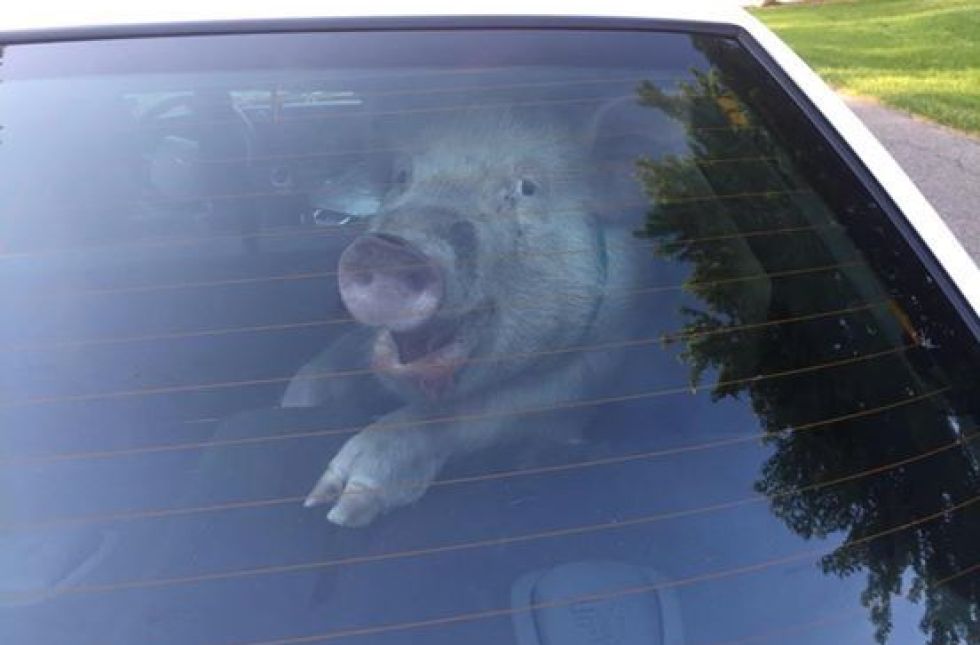 The death penalty isn't on the table for this charming animal, who famously went on a frolic through a Michigan neighborhood last week. The pig escaped her yard and menaced a neighbor before a "decorative ball" captured her attention, giving Shelby Township police an opportunity for capture.

The fugitive pig pooped in the police cruiser before being returned to her owner, Brian Davis, whose intentions were, worryingly, not immediately made known.

Stop worrying. "The pig is a pet now," Davis tells The Huffington Post. "We can't eat a famous pig." 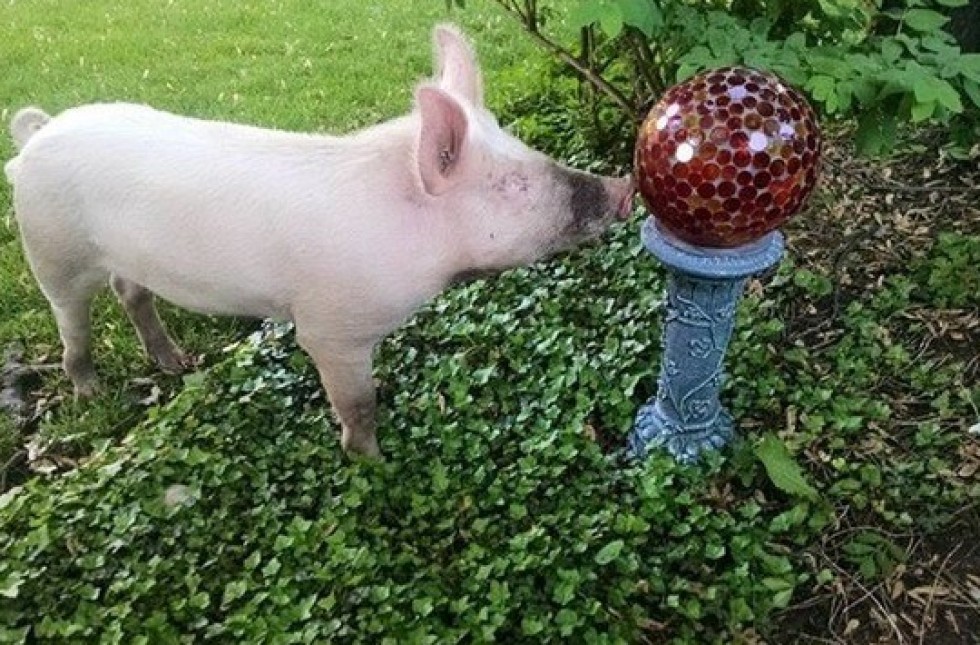 Indeed, the pig, whose name is Pig Pig, was once intended for dinner. Davis says he bought her about eight months ago, "to harvest the meat."

He kept Pig Pig at his home, and before long, his three dogs had grown attached to her. Then Davis fell in love with her, too.

This isn't a story where a guy loves a pig and gives up meat altogether. Instead, over time, Pig Pig became Davis' dinner buddy. The two began eating barbecue together, in fact. (Davis says Pig Pig doesn't know she's eating her friends, who he describes as "delicious.")

And for a while, Davis got to letting his unexpected pet into the house.

"I had to stop that when she started pooping," he says. "Like in the cop car."

If you have been following our piggy story, you will get a kick out of this. Officer Treworgy just sent me this "post arrest" video of the "perp". You can hear Tree say something like " yup, that's in my police car"..... Almost like he's trying to convince himself that there is actually a pig in the back of his patrol car. Lol!

Posted by Shelby Township Police Department on Friday, May 29, 2015

Yes, Davis is "very happy" about how things turned out last week.

He's grateful that the cops caught Pig Pig so quickly, and that no one got hurt, merely exhausted. After Pig Pig got home from her brush with the law, "she totally crashed out on the front yard," Davis says. Then she woke up and snacked on hotdogs and hamburgers.

Despite happy endings for all involved -- except for whomever cleaned out the cruiser -- Davis is planning to build stronger fences to keep Pig Pig from making another run for it.

"I want to keep her safe," he says. "I'm sure she'd love to go on another adventure." 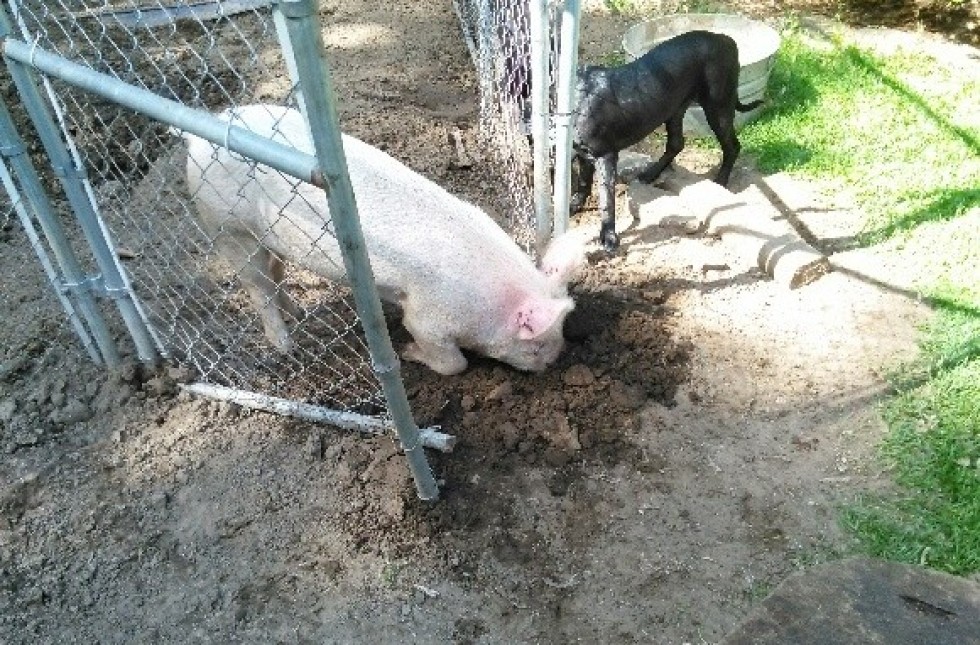