Roller coasters are designed for thrill seekers, but one man got more than he bargained for at the newly opened Ferrari Land in Barcelona, Spain.

A man and his friend went for a ride on Red Force, which is being touted as Europe’s fastest roller coaster, on Friday and literally crashed into an unfortunate surprise.

While riding the 112 mph coaster, a bird slammed into the man’s face, leaving behind a bloody mess. Shocked by the impact, the man felt his face until he found a bird pushed up against his neck thanks to the ride’s extreme acceleration.

He tossed the bird aside and, with blood smeared across his face, appeared to tell his friend what just happened. Moments after the encounter, the man seemed to accept his ― and the bird’s ― fate and rose his hand for another drop.

It’s unclear if the man suffered any significant injuries, but, at the very least, he appeared to be thrilled the last few seconds in the video.

A similar accident took place in 2012 when a 12-year-old boy was hit by a bird while riding a roller coaster at Six Flags Great Adventure in New Jersey. That boy was taken to a hospital and suffered minor injuries to his face and neck. 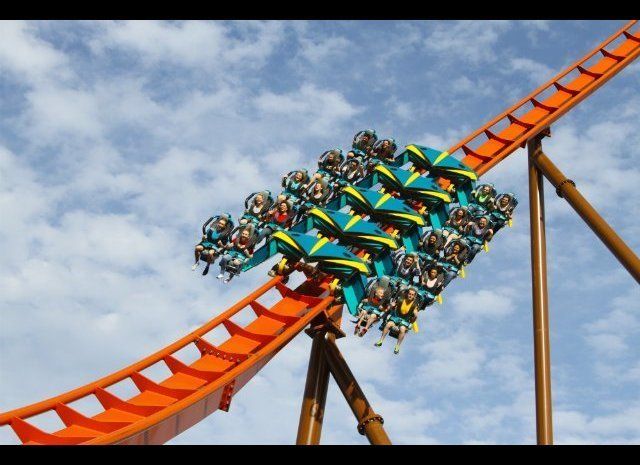