Thomas Piketty was just crowned the King of Pop(ular economics). Exhibit A: 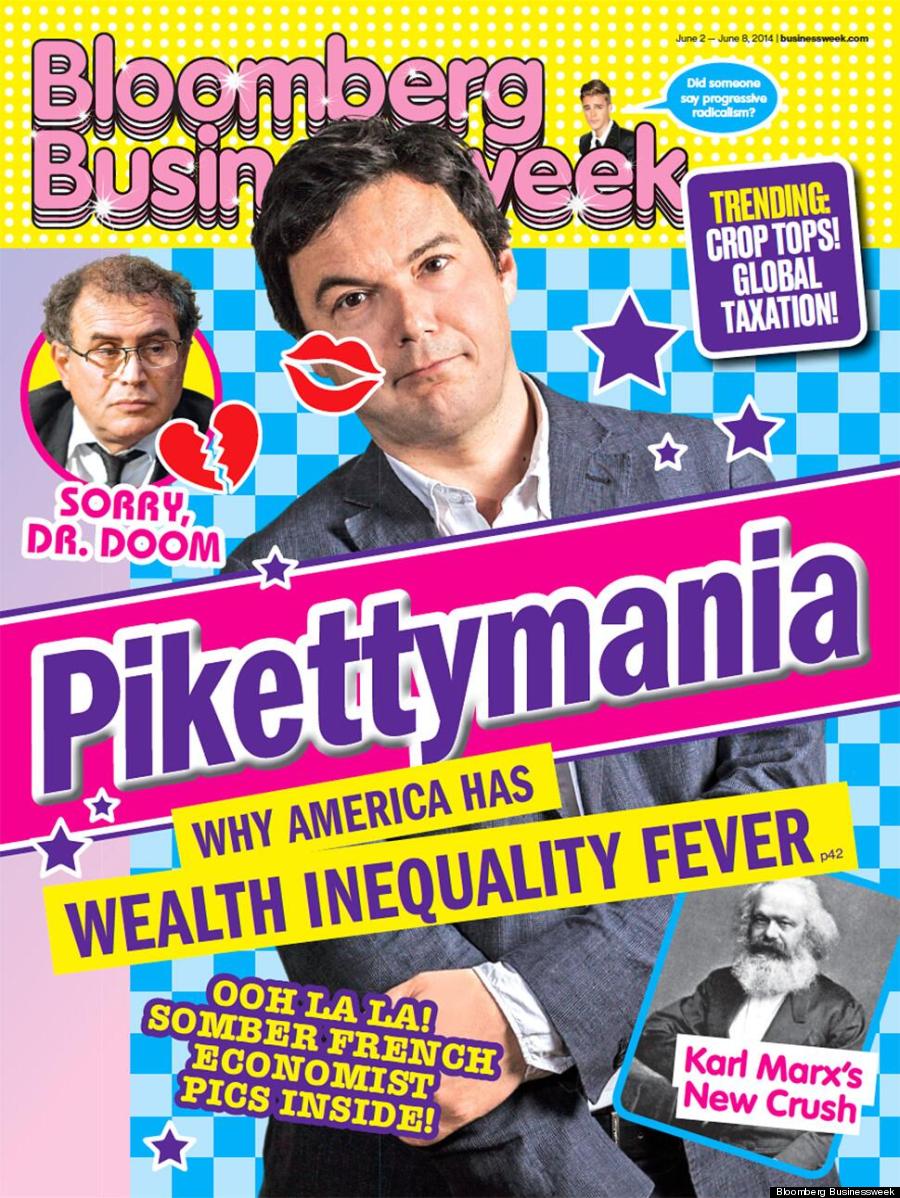 This is the debut cover for Bloomberg Businessweek's new creative director, Robert Vargas, according to a Bloomberg spokeswoman. Vargas succeeded Richard Turley, who helped revamp the magazine's image, when after he left last month for MTV.