Americans have been flocking to India in search of enlightenment since before America was founded. Europeans, too, the conscientious objector E.M. Forster and psychoanalytic Herman Hesse among them. So my trip -- my pilgrimage -- to follow in the footsteps of Buddha across Northeastern India is nothing new. Except that it promises to be transformational to one person: me.

For on this trip I wish to re-examine my core values, founded in Judeo-Christianity but tempered by Buddhism, and confirm that the path that I have chosen for the second half of my life is moving me toward my desired destination before my demise. This deeply personal journey will allow me to reflect on my mother and brother's deaths the same week, just months before 9/11, my own vow of poverty and the nature of human suffering in the context of my humble attempts to help alleviate a small part of it. 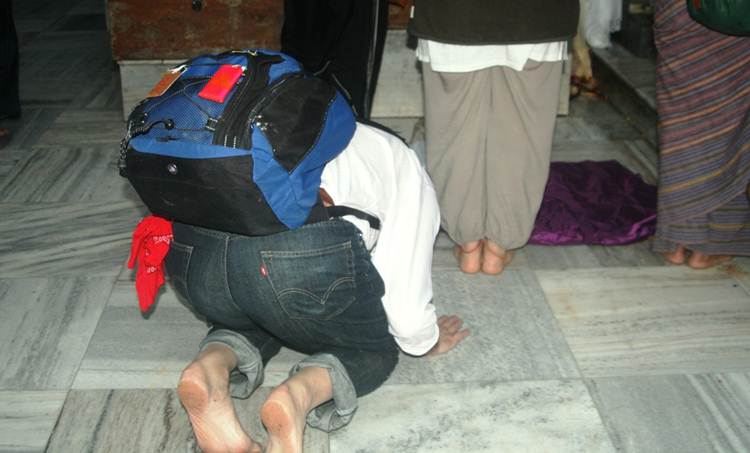 The author under the Bodhi Tree where Buddha achieved Enlightenment in Bodh Gaya.
Photo: author.

I knew little of Buddhism until I got to college in the late 1970s and my first friend there was both Japanese and Buddhist. I had just returned from a year-long high school exchange program in Germany (AFS) and was certain that goodness stemmed from the Judeo-Christian roots I was familiar with. My new dorm mate was a fine person who knew next to nothing about the Old Testament. He was a practitioner of the Zen-based martial art Shorinji Kempo. How he had become a good person intrigued me and I became a Japanese Studies major in part to learn more about what made him tick. 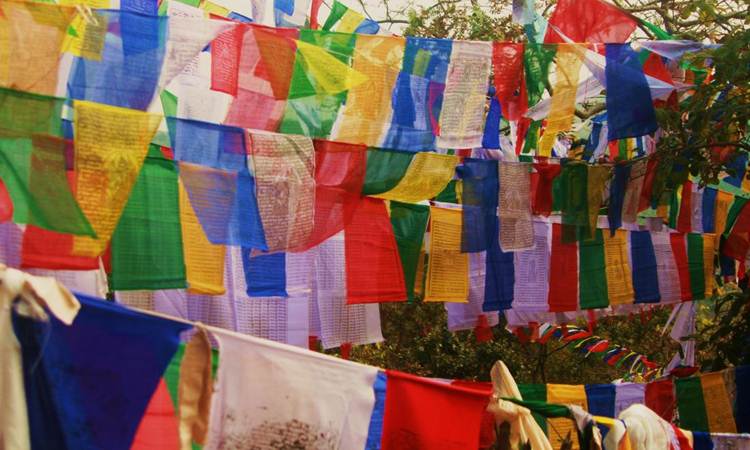 Prayer flags from pilgrims before me hang from every Buddhist site across India. Photo: author.

As part of my studies, I learned about religions of the world. In fact, my professor was Indian. I remember writing that all religions were paths up the same mountain, describing different views on the way to a common summit. He encouraged me to go on to divinity school, but I was not sure where my faith base was, and convinced that when ministers do good, it is often discounted as being their job. I knew I wished to do something to better humanity, but decided to begin my career in finance. Fast forward a few decades and I begin to leverage my parents' estates into non-profit organizations and finally a small foundation. I am trying to do what I can to make the world better, focusing on young global leadership. But I realize that suffering cannot be removed from the human experience. I believe it can be greatly mitigated, however. 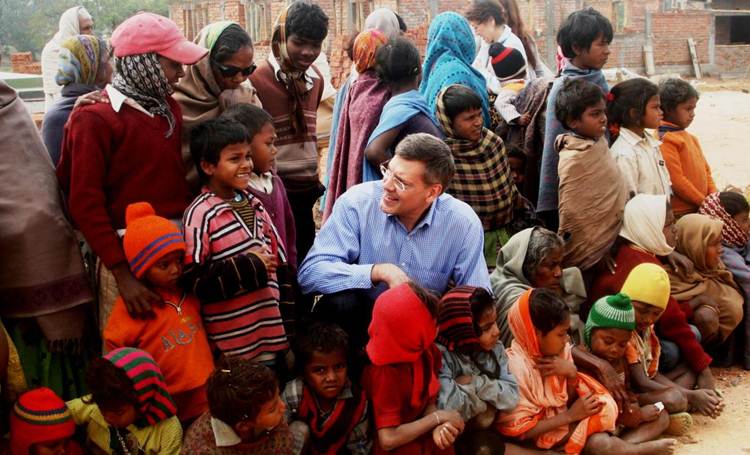 Last summer, when I was asked to join a "Kalachakra" -- a circle-of-life pilgrimage, this one actually where Prince Siddhartha discovered the realities of the world under the Bodhi Tree and abdicated his throne to try to show people a way to deal with life's painfulness, disease and death among them -- I jumped at the chance. The invitation came from a woman I trust and admire, Dr. Kazuko Tatsumura Hillyer. With a group of mostly Japanese, we would be guided by monks spiritually and physically for 10 days. I am to be one of many -- 300,000 pilgrims are expected. I was convinced that this opportunity has presented me with a once-in-a-lifetime chance to adjust my mind, my life, my soul so that my own fin de siècle actions are in line with what I believe. 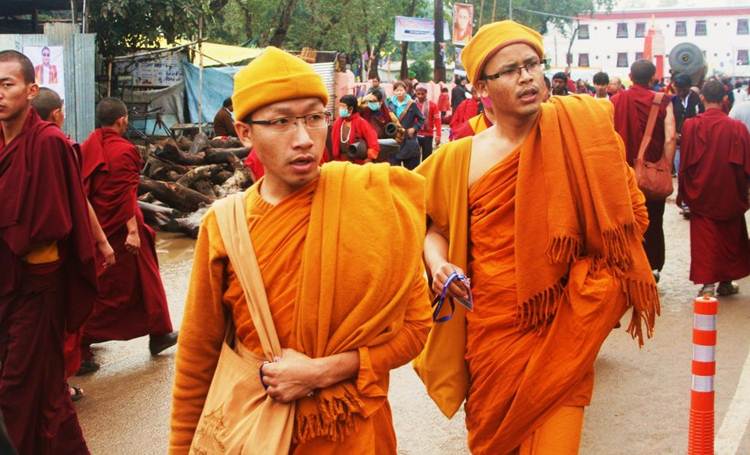 These monks arrived for the Kalachakra from neighboring Bangladesh. Photo: author.

As in all journeys, one must have a beginning. Ours is in Delhi, where the Americans among us have rendezvoused with our new Japanese colleagues and will soon meet our Buddhist guide. We will have Lobsang Dhondup, a private teacher affiliated with the Manjushree Orphanage that Dr. Kazuko supports and my foundation is attempting to support.

My fellow pilgrims are doctors from New York, alternative health probationers from Los Angeles, gardeners from Honolulu, and artists and designers from Tokyo and Osaka -- even Okinawa. The Japanese among us consider themselves as a whole culturally Buddhist in the way that growing up in America I am culturally Christian. However, this pilgrimage is as new and exciting to them as it is to me. 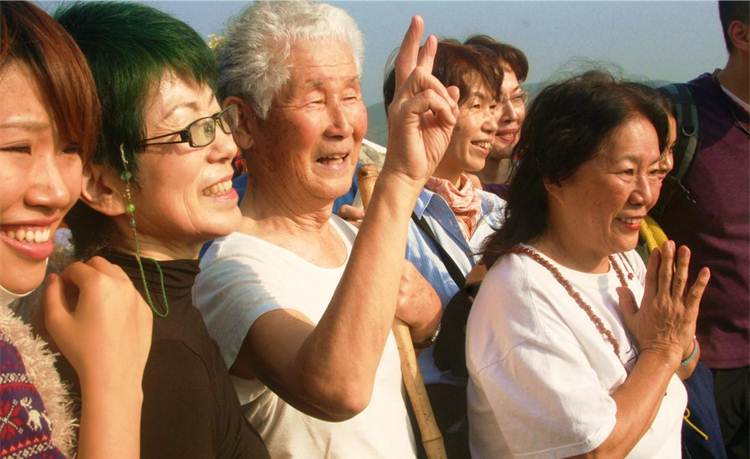 My pilgrimage was made with a group of global citizens including many Japanese.
Photo: author.

Our plane is taxing down the runway and I need to stow my laptop. Next stop: Bodh Gaya. We will begin our pilgrimage, following the footsteps of Buddha across Northeastern India. I don't expect to find Nirvana, but I do hope to find myself once again. I am nervous that I might not like what I find. But finding myself again at 52 will allow me to make whatever adjustments necessary to be the person I wish to be the next half century. Let our pilgrimage begin!