It is very rare that a scientific experiment not only continues to be generally productive, but to yield cutting-edge results for 25 years. Yet, this is precisely what is happening with the Hubble Space Telescope. This, by now legendary telescope, is entering its 25th year of operation in 2015. Through the creative work of many scientists and engineers, and five imaginative servicing missions by daring shuttle astronauts, Hubble has been repeatedly rejuvenated, and its results never cease to amaze.

As part of the 25th anniversary celebrations, astronomers used Hubble with its current complement of instruments, to re-observe with a higher resolution a target that had produced one of Hubble's most iconic images -- the Eagle Nebula, dubbed the "Pillars of Creation."

The original image was created in 1995 from observations by astronomers Jeff Hester and Paul Scowen, then at Arizona State University. That image was taken by Hubble's Wide Field Planetary Camera 2 (WFPC2).

The new images were taken in visible light (Figure 1) and near-infrared light (Figure 2) by the more advanced Wide Field Camera 3 (WFC3). They give a fresh, sharper, more detail-rich view of these magnificent pillars of gas and dust. 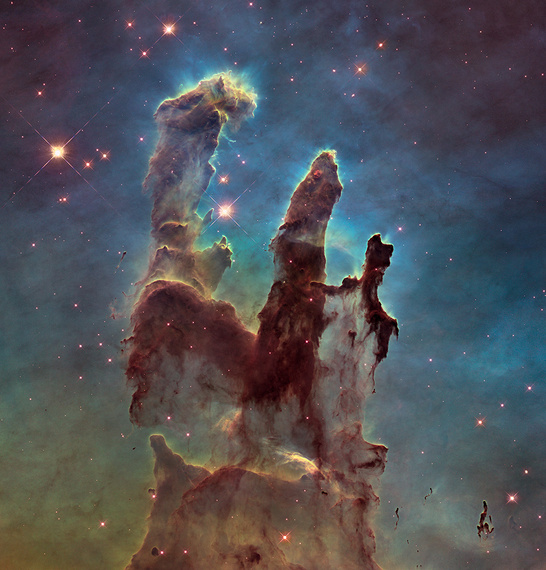 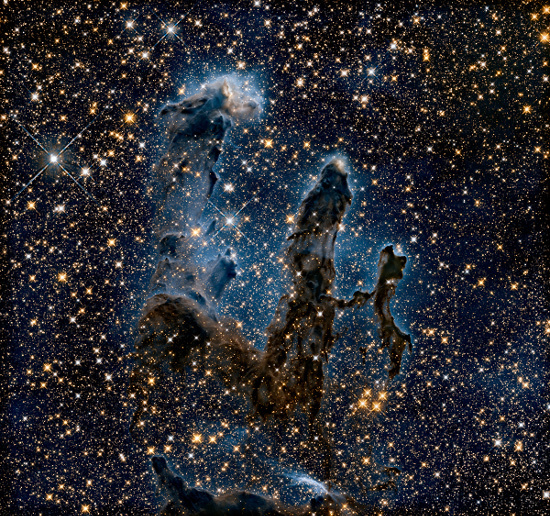 In this case, however, the images represent much more than their purely scientific value.

The new images of the Eagle Nebula demonstrate that Hubble is far from being done. We hope that its discoveries will continue to fascinate us for many years to come, and that its operation will overlap (for at least a few years) with its great upcoming successor -- the James Webb Space Telescope (to be launched in 2018).