"Her sexiness is natural and uncontrived, and her exposure is always accidental," Dian Hanson, author of The Art of the Pin-Up explained to The Huffington Post. "A fishhook catches her bikini top, an outboard motor shreds her skirt, a spunky puppy trips her up or the ever-present playful breeze lifts her hem, revealing stocking tops and garter straps, but never the whole enchilada." 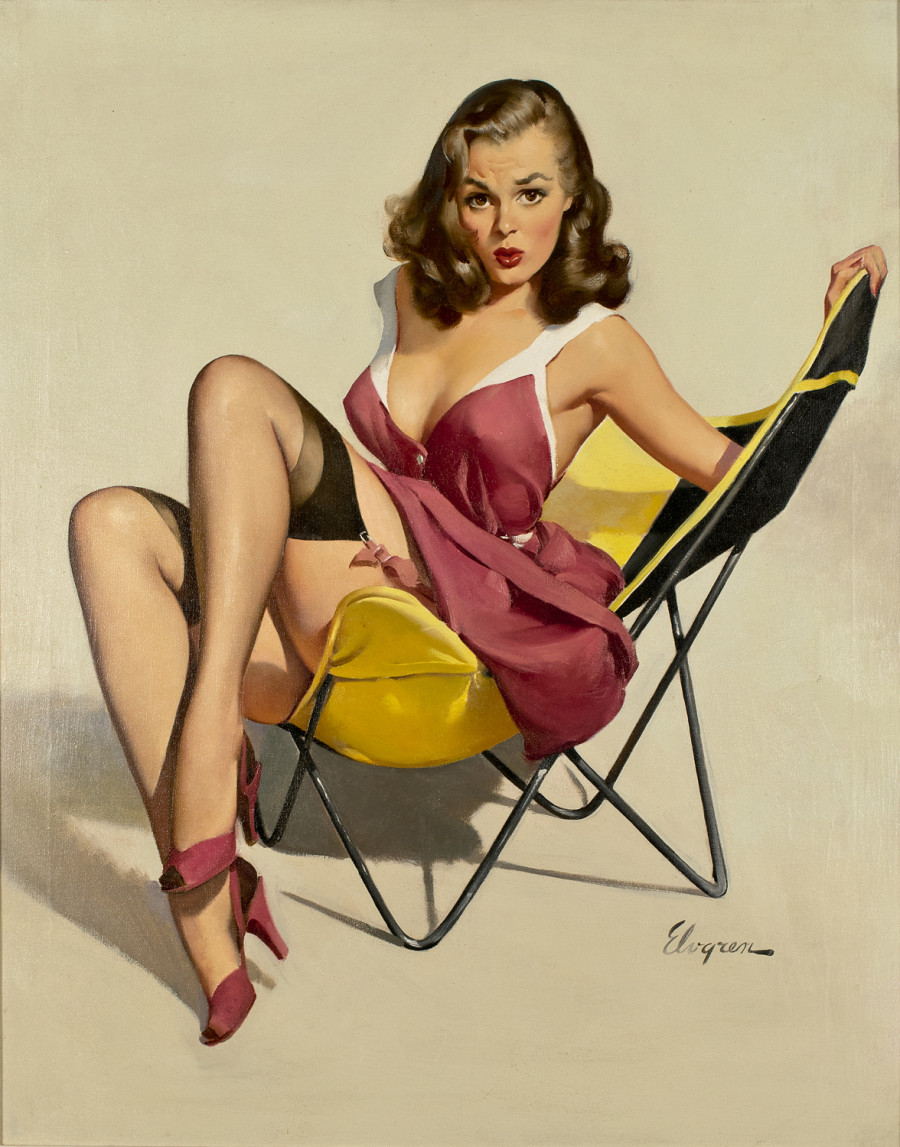 The history of the pin-up girl stems back to the time of World War I, when President Woodrow Wilson formed the Division of Pictorial Publicity to create visual stimuli to persuade men to join the war effort. Turned out pin-up girls were quite convincing. It wasn't long before the wavy haired, rosy cheeked, buxom women were popping up on calendars, advertisements and magazine covers all over the country.

To suffragists, the bike was the "freedom machine," releasing women of their ties to a male escort. To the male gaze, the mode of transportation was a prop upon which models sat, prompting a whole new genre of painted and illustrated muses. 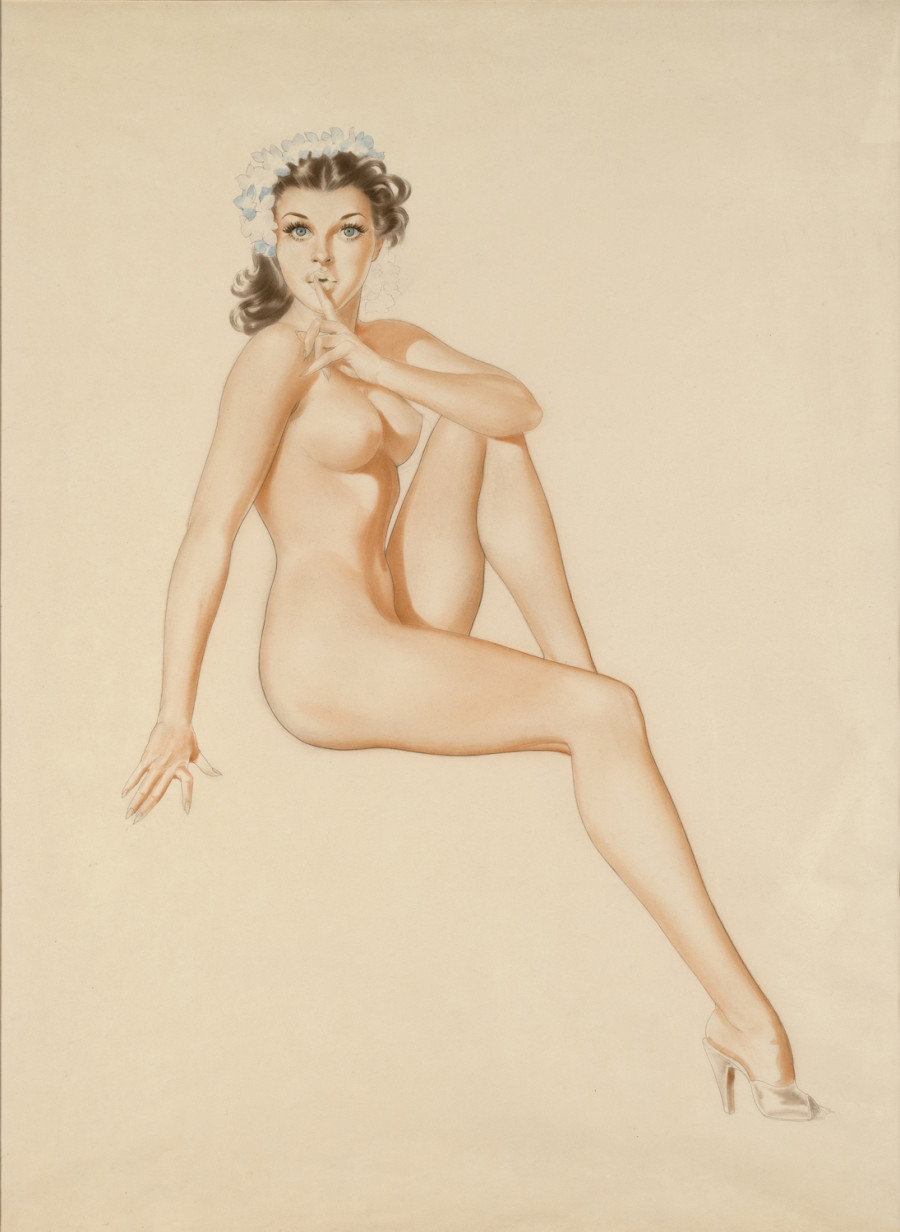 The mythic history of the pin-up is certainly filled with contradictions. On the one hand, objectifying scantily clad women for male pleasure is hardly revolutionary. (Cue hundreds of years of art history.) And yet the pin-up movement has an arguably feminist angle as well, emboldening women with a distinct sense of sexuality, agency and liberation from norms. "We find that the pin-up provided a model through which women could construct themselves as icons of contemporary womanhood," art history professor Maria Elena Buszek writes. "Through the genre, women were representing themselves as at once both conventionally feminine and transgressively aware of her own power and potential for agency on levels both personal and political."

Gallerist Louis Meisel has had a soft spot for the kitsch subculture since childhood, growing up to become the leading dealer and collector of original pin-up artworks. His stash includes oil paintings, watercolors and pastels, each managing to capture the softness of a beautiful woman's face. Some are classic depictions of the girl next door, while others, depicting eroticized visions by the sea or floating in mid-air, seem almost surreal. His works are currently on view at his gallery, in an appropriately named exhibition, "The Great American Pin-Up Girl Returns."

If you're looking for a primer on pin-up culture, curious to see what sexy meant in 1950, or just want to see some beautiful and airbrushed ladies in themed garter belts, enjoy a preview of the show below. For a more in-depth history of how it all went down, check out our timeline here.

"The Great American Pin-Up Returns" will show at Louis K. Meisel Gallery in New York City between April 2 and May 2, 2015.