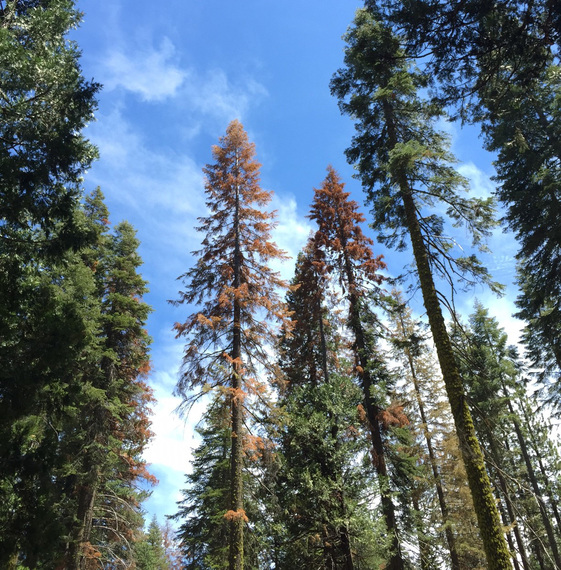 Ponderosa pines are dying at a rapid rate in the drought-plagued Sierra Nevada. Photo by Brian Milne.

Summer is just about here, which means thousands of people will be flocking to California’s Sierra Nevada mountains to enjoy the peace and quiet of the outdoors.

Unfortunately, many visitors will be greeted with marred trees and the roar of chainsaws when they visit the pine-heavy portions of the Sierra Nevada’s southern reaches.

Thanks in part to the ongoing drought conditions in California, bark beetle infestations have ravaged its stressed trees (particularly Ponderosa pines), which have turned reddish brown with an estimated 60 million trees that are dead or dying.

In visiting with the rangers at Dinkey Creek Campground, located in near Shaver Lake in the heart of the thick Ponderosa pine forest, they said hundreds of trees have already been cut down this month for safety reasons with hundreds more needing to be removed this summer.

Along with the potential hazard of falling trees, dead pines are a major fire concern in an area that has been scarred by wildfires over the years. 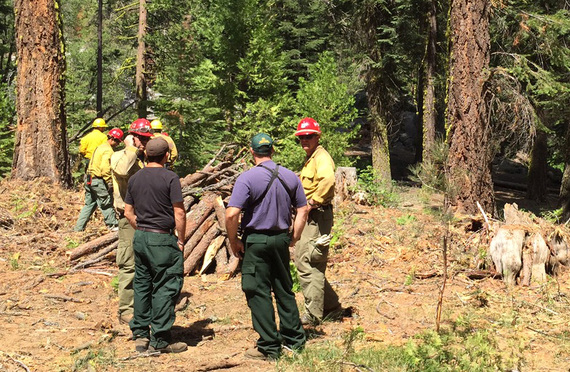 The USDA Forest Service notes dead trees often shed their needles within a few months of dying, so they aren’t as big a threat to the spread of fire.

That said, “high amounts dead trees do present a threat of spotting when a forest fire is burning around them.”  That means that once a tree falls, or is cut down, “a fire could potentially burn longer and hotter, damaging soils and adversely affecting the site in the longterm.” 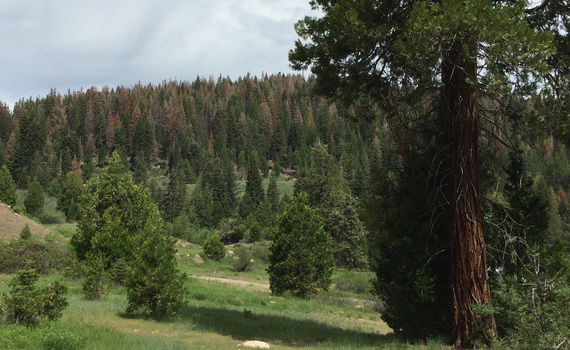 Dying trees can be seen in the distance beyond the sawmill at Dinkey Creek. Photo by Brian Milne

So why are the infestations spreading faster now, after four years of drought?

According to the USDA, California’s forests are especially susceptible to pests now more than ever because of their severely stressed state:  “Dense groups of trees are particularly susceptible to bark beetle attacks due to stress caused by competition for limited resources. Stressed trees equate to suitable host material for bark beetles and successful reproduction results in more beetles and higher levels of tree mortality.”

In the campground area of Dinkey Creek, some sections have seen more than half the trees affected, and Cal Fire is currently cutting down the historic trees and leaving sliced trunks littered along the roadside.

But it’s even worse in other areas of the Sierra Nevada, with Madera and Mariposa counties seeing a mortality rate of 80-90 percent. 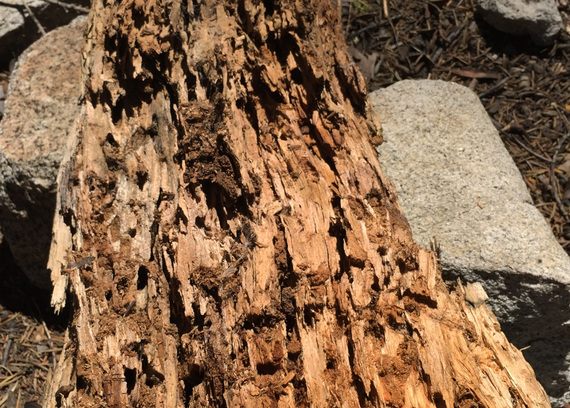 Close-up of a stumped pine ravaged by beetles and other pests. Photo by Brian Milne.

And the outlook isn’t expected to get “greener” any time soon.

According to Cal Fire, “there typically is a 1-2 year lag between when drought starts and when we start seeing increased bark beetle activity. ...When the drought does end, there too will be a lag time before beetle activity dies down.”

Fortunately, the Sierra Nevada’s giant Sequoia trees haven’t seen any major die offs, according to officials, although the trees have seen foliage dieback and are showing other signs of stress due to the drought. 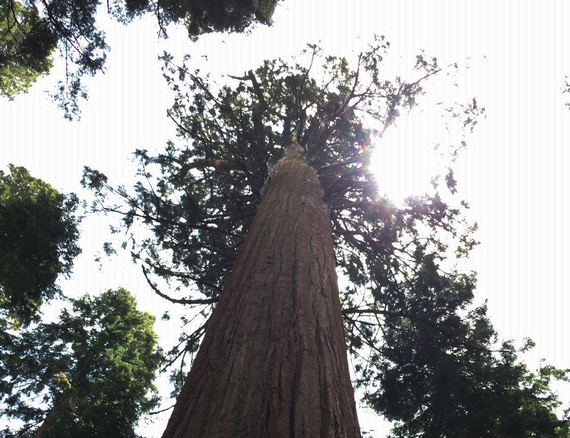 For the most part, the giants sequoia trees in McKinley Grove have outlasted the infestations. Photo by Brian Milne.

So what is the solution to the beetle infestations in the Sierra Nevada?

Mother Nature will play the biggest role in the future of the state's dying forests. A break in the drought and its dry conditions would provide the most relief.

In a stress-free state, healthy trees can usually produce enough sap to fight off pests naturally, but years of warmer winters and below-average rainfall have weakened their natural defenses.

Homeowners in the Sierra Nevada can help slow the spread by using pesticides on healthy trees, and by cutting down and burning affected trees.

Foresters have also suggested thinning trees to “increase tree health and vigor and reduce the likelihood of bark beetle attacks.” 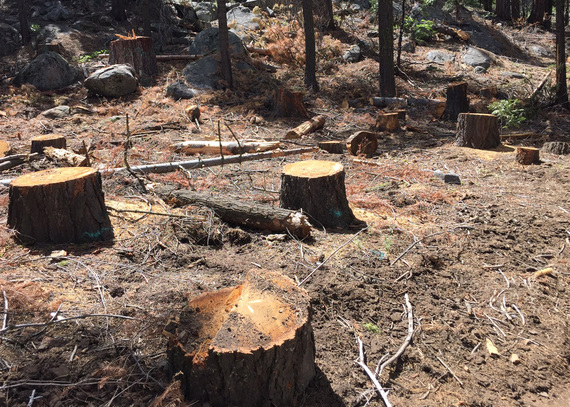 In some parts of Dinkey Creek Campground, half the trees have been cleared out. Photo by Brian Milne.

Help from the state and federal levels is also coming, although local officials want more support and have asked that the Ponderosa pine area be declared a federal disaster area before it’s too late.

In the meantime, Caltrans estimates it will remove more than 40,000 trees along state highways this year in hopes of cutting down fire risk and road closures.

Additional grants, funds and projects are being designed to help pay for tree removal in high-risk counties after Gov. Jerry Brown declared a state of emergency on Oct. 30, 2015.

“California is facing the worst epidemic of tree mortality in its modern history,” said Gov. Brown in a letter to U.S. Agriculture Secretary Tom Vilsack. “A crisis of this magnitude demands action on all fronts.”