A speeding truck driver plowed through an intersection in South Africa Thursday evening, hitting multiple vehicles and taxis that were responding to a green light.

South African authorities reported that the death toll in the Pinetown accident rose to 27 overnight, according to the Associated Press. At least 80 people were reportedly injured in the crash.

In the wake of the tragedy, video footage of the multiple-vehicle accident emerged on eNews Channel Africa. The first-hand video of the Pinetown accident (seen below) appears to have been filmed by a dashboard camera in a vehicle that was approaching the intersection before the crash.

In the graphic footage, vehicles are seen crossing into the middle of the intersection after the traffic light turns green. Moments later, a large semi-truck crashes into the automobiles, thrusting them out of view.

Officials are still investigating the cause of the crash, but a KwaZulu-Natal Road Traffic Inspectorate spokeswoman revealed a failure of the truck's brakes may be a factor.

According to local reports, the 23-year-old male driver of the truck was arrested shortly after the incident and faces charges for the multiple deaths. Another traffic inspectorate official said that the truck owner's license had expired, South Africa's Independent Online reports.

"He has been charged with culpable homicide, and reckless and negligent driving," Colonel Vincent Mdunge said, according to News24.

South Africa's acting president, Jeff Radebe, released a statement Friday, expressing his grief over the accident and urging others to drive safely.

The loss of such a high number of people, some of them breadwinners is painful and has affected so many households negatively. We urge road users especially drivers to exercise caution on the roads especially when carrying passengers. We extend our deepest condolences to the families and relatives of the deceased and wish those in hospital a speedy recovery.

Warning: Video footage of the Pinetown accident is graphic and may not be suitable for all audiences. 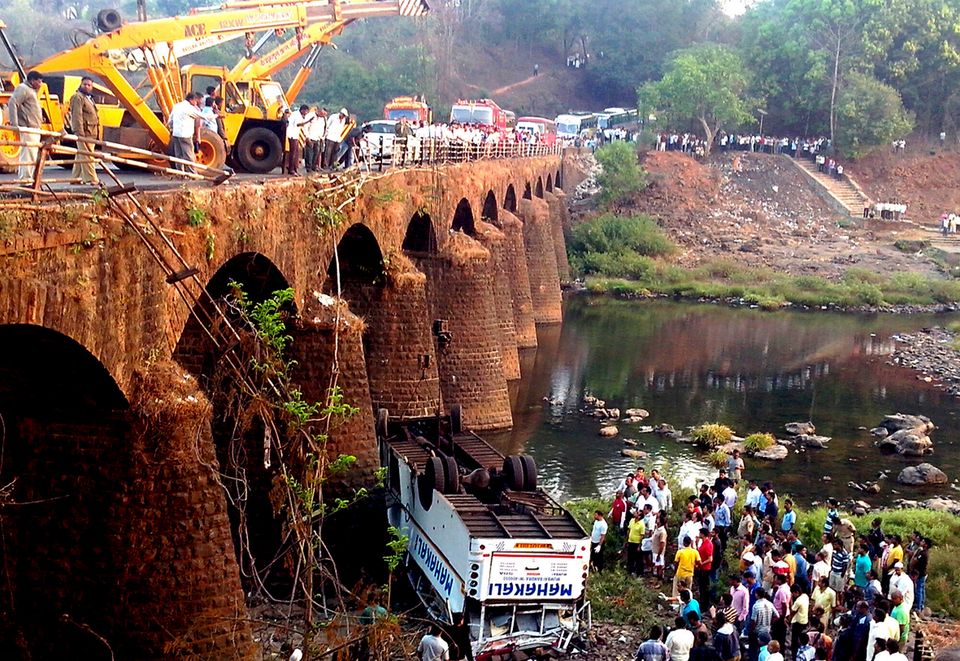 1 / 3
Rescuers and others gather at the site of a bus accident in Ratnagiri district, in the western Indian state of Maharashtra, Tuesday, March 19, 2013. The bus packed with passengers crashed through a guard rail and fell off a bridge in western India early Tuesday, killing at least 37 people and injuring another 15, police said. (AP Photo)
AP