Apple's latest version of iTunes, iTunes 10, will include not only a new logo and new layout, but also Apple's own social network for music, "Ping."

Ping allows users to follow others, just like Twitter. You can follow artists or your friends to find out what they're listening or what they're creating. It has custom song and album charts, a news feed, 17,000+ concert listings, and is available to 160 million iTunes users. Ping will be available not only for iTunes on the desktop, but for iPhone and iPod touch as well.

Will you use it? What do you think of the new feature? See screenshots, via Apple, below.

See what else Apple announced at its Wednesday press conference--including new iPods, an Apple TV makeover, and more--here. 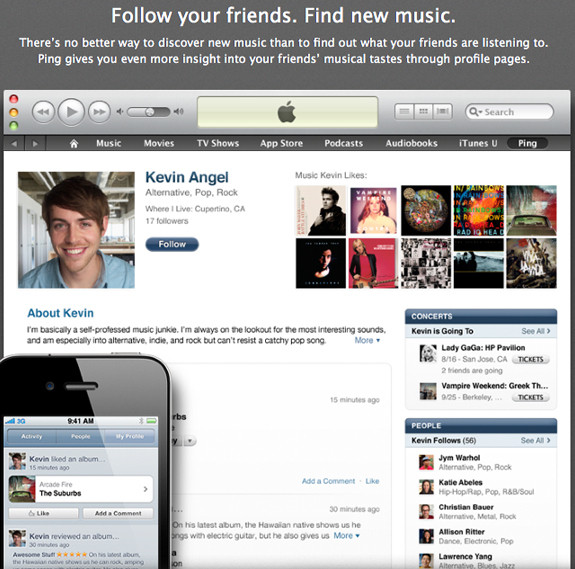 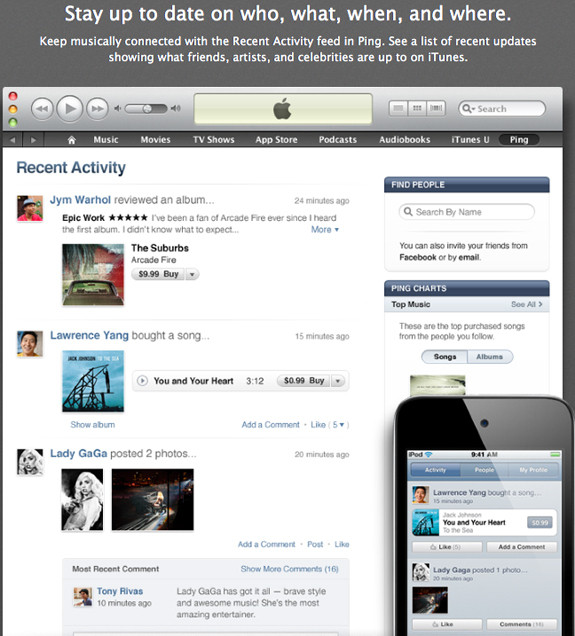