Pinterest's new tool makes sharing Flickr photos a snap. And it was designed with copyright holders in mind.

While Pinterest enjoys rapid growth and vast popularity, one of the biggest problems critics have found with the social bookmarking service is its tendency to indirectly promote copyright violation.

However, the arrival of a new attribution feature may help Pinterest make strides in fixing the issue.

Photos enabled by a Flickr user for sharing on Pinterest will feature a Pinterest button in its share menu. For those who pin images from Flickr frequently, a Pin It button will appear as one of the two shortcuts on the photo's main page. 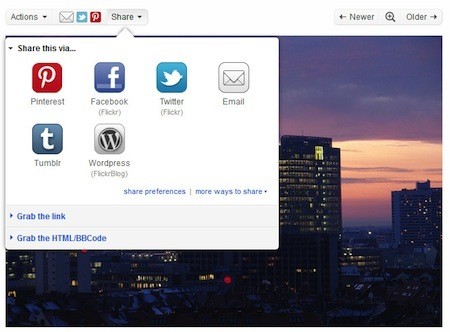 An unalterable attribution statement will appear below the pin's description along with a permanent link to the content, its creator, and where the content is hosted. Furthermore, the attribution will appear even if a photo is pinned from a third-party site where a Flickr image has been embedded. 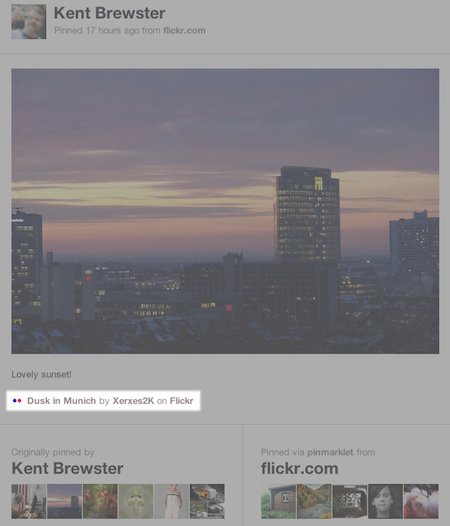 According to The Next Web, social media statistics tool Zoomsphere found that in early March, Flickr was the seventh most popular source of content on Pinterest, even after Flickr put to use Pinterest's do-not-pin code on pages with copyrighted or protected images.

You can learn more about how these attribution statements work on Pinterest's website. What do you think about these new Pinterest attributions? Do you think they're a step in the right direction for Pinterest? Share your thoughts with us in the comments!