By now, most nonprofits have likely been bombarded with suggestions to hop on the Pinterest craze. So what's it all about, and which organizations can you learn from that have already harnessed the trend?

Pinterest, a virtual bulletin board for saving and sharing web pages of interest, allows users to create and display boards of interests -- creating an identity through links, pictures, words and ideas.

Beyond that, Pinterest also symbolizes our aspirations, displaying not who we are, but who we want to be, HuffPost Tech Editor, Bianca Bosker, points out.

She points to the fact that Pinterest's success may lie in its ability to change the social media conversation from "look at me" to "look at this," ultimately providing an untapped space for inspiration, creativity and action.

As an example, Amnesty International pins inspiring pictures related to rights and equality, as well as links to T-shirts and jewelry that support the organization.

Nonprofits and cause-related organizations can be easily shared if their story can easily be told through images; if they've already made a name for themselves in the social media space; and if the nonprofit has an eye for search-friendly content, HuffPost blogger Joe Waters points out.

The majority of Pinterest's users are 25 to 40 year-old women, which for organizations like GlobalGiving, makes up 60 percent of its charitable base. Although the capability to directly donate to a nonprofit on Pinterest doesn't exist (yet), it gives consumers and potential-donators an option understand the organization on what seems like a more intimate level, according to GlobalGiving.org.

In the end, nonprofit Pinterest users might learn a thing or two about their audience, and a large audience will get the chance to learn about the organization.

Check out a few nonprofits that are already paving the way on Pinterest.

On Pinterest already? Tell us about how you're spreading good things on the social media platform in the comments below! 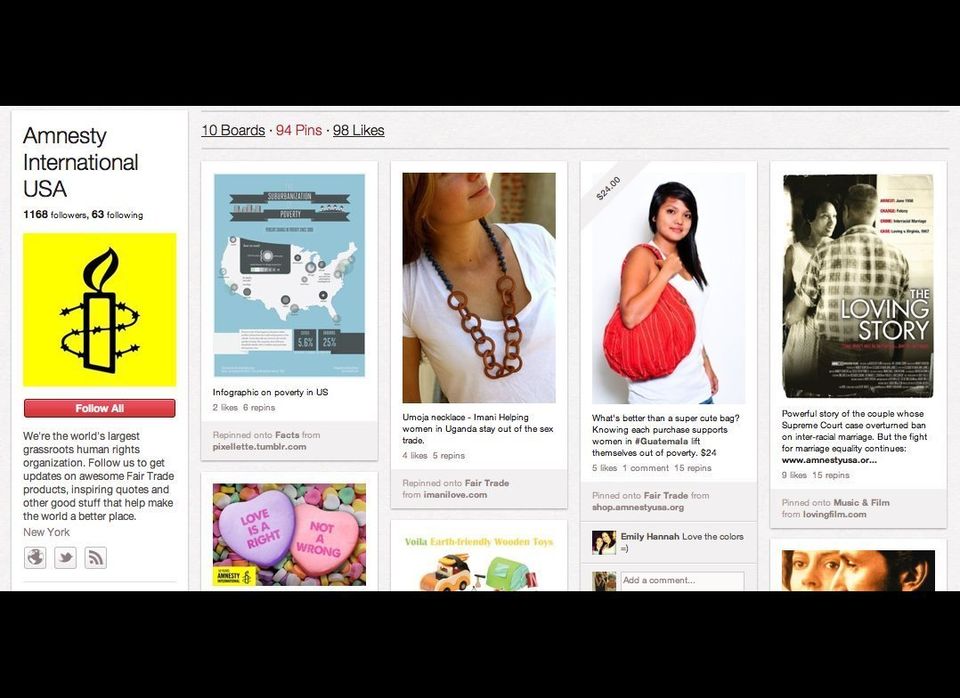