"I’m not doing it to titillate anybody’s interests," photographer and model Bunny Yeager said of her work in an interview with The New York Times. "I want to show off how beautiful my subjects are, whether it’s a cheetah or a live girl or two of them together."

Yeager, the famed model-turned-photographer, is known for her light-drenched stills of pinup women oozing self-assured sexuality. Working in an age where men captured and controlled most distributed images of women, Yeager flipped the switch, creating sultry self-portraits and pinup shots from a woman's point of view.

An exhibition of Yeager's work, entitled "How I Photograph Myself," is now on view at Gavlak Los Angeles. The show offers a deeper look at the iconic photographer, who passed away in 2014, probing beyond the seductive surfaces of her images into their artistic and feminist repercussions.

Born Eleanor Linnea Yeager in Pittsburgh, Pennsylvania., the artist moved to Miami at 17 years old, determined to shed her shy persona and reinvent herself. She adopted the name Bunny from Lana Turner’s character in the 1945 film "Week-End at the Waldorf" and began modeling and competing in beauty pageants. At five foot nine with platinum blonde hair, Yeager was a stunner, a Marilyn Monroe type with a bold vision and bewitching smile.

In Miami, Yeager also studied photography at the Lindsey-Hopkins Technical College, and even sold one of her homework assignments to a men's magazine. Her big break arrived when she was approached by none other than Bettie Page, the almighty Queen of Pinups, before the world knew her name or her tiny bangs. The two collaborated on a shoot for Playboy, back when "nobody had heard of Hugh Hefner," that ushered the both of them into unexpected acclaim.

"She's so beautiful," Yeager said of Page in an interview with The Huffington Post, "and I made her into different characters because I wanted to show how women are viewed by men, who of course have different ideas of women. They don't see the real girl -- they see her as something else."

The observation illuminates the very unusual role Yeager played, working both in front of and behind the camera, toying with the idea of the male gaze while operating outside it, promoting cheesecake glamour while exploring the performative nature of femininity and sexuality.

Though she's often categorized with pinup artists like Gil Elvgren and Alberto Vargas, Yeager has more in common with later generations of female photographers like Cindy Sherman and her many disciples, who construct feminized personas for the camera, shedding identities like they're potential outfits.

Gavlak makes the convincing argument that Yeager's name belongs within the long list of great female self-portraitists, with Artemisia Gentileschi, Julia Margaret Cameron and Frida Kahlo. Indeed, the artists listed above, along with fearlessly pursuing their desire to create, explored the repercussions of serving as both maker and muse, the subject of the work and the master of its subjectivity. Florence Henri, a surrealist photographer who frequently incorporated cameras and mirrors into her works, also springs to mind.

If it wasn't already abundantly obvious, Yeager was a feminist before the term was part of the cultural conversation. "I always hated it when people said, 'You can do this as good as a man,' or 'Why don't you do it like the men do it?'" she explained. "They kept bothering me. I wasn't interested in competing with male photographers, or doing anything that had to do with them, because I wanted to be original and have my own feelings and abilities to put forth my ideas and execute them into photo stories. I wanted to do what I wanted to do, not what men had done."

All hail the bold and beautiful Bunny, who slyly snuck feminist agency into the most unlikely of spaces -- men's magazines. As an artist, her contributions are both ahead of their time and unabashedly delectable. In the words of Ms. Yeager: "What a boring place the world would be if every woman looked the same as the next … Make the most what you have and enjoy being female; enjoy being YOU." 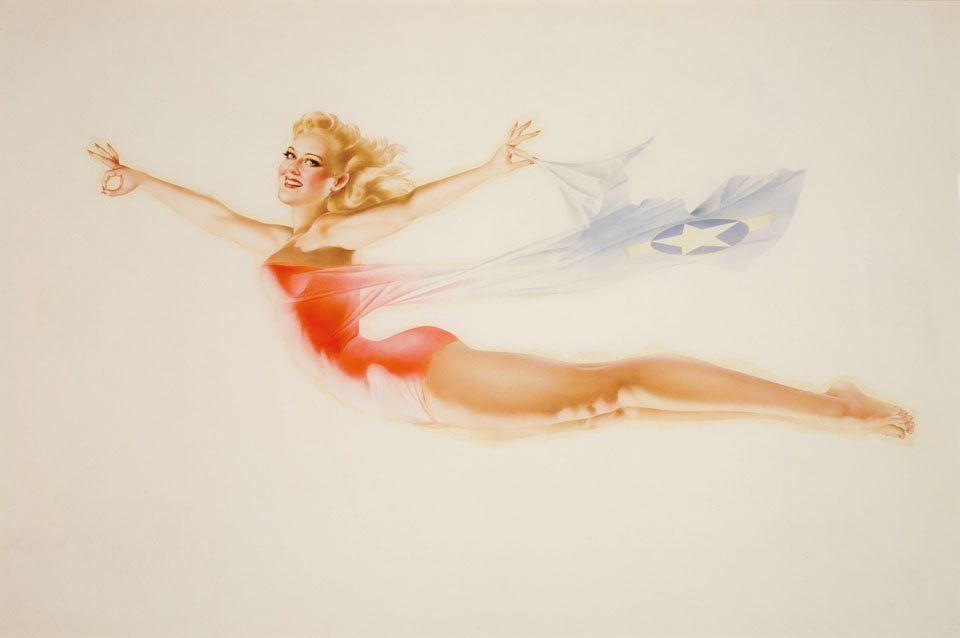