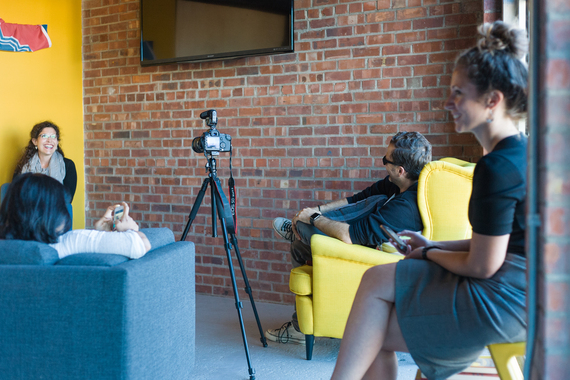 When faced with an opportunity to grow our educational app company, Montessorium, in the heart of Silicon Valley, or try to keep it in our hometown of Sioux Falls, South Dakota, we were confronted with a rather arduous choice. Surprisingly, perhaps, we chose not to uproot and relocate to California. Instead, we opted to try to pioneer on the great plains of the Midwest.

Working in the midst of an established landscape, with a mature culture, one conducive to our industry, had a charm and appeal that all but persuaded us to listen to the advice of others. "Come to the Bay Area", they said, "things will be that much easier. Everything will fall into place. You'll meet the right people and they'll understand what you're trying to achieve."

If we made the decision to stay in South Dakota, we knew that our company would have to stand up to a different set of challenges - i.e.: a limited pool of technical expertise and a much more conservative venture capital culture - many of which had previously been alleviated by generations of entrepreneurs working in Silicon Valley. All the same, we were lured by an idea to try to build a community and keep things closer to home. Our hope was to serve as role models for others in a similar situation.

Not only do we imagine ourselves working to spearhead an educational app company - one that utilizes technology to overcome limitations such as affordability and access to high quality, personalized learning experiences, we also, and this is perhaps where we are at our most romantic, envision inspiring a new type of entrepreneurial mindset in the Midwest. What's baked into the core of our company is the notion that learning is a lifestyle. We want to instill this idea from the start.

There was one constant theme of our childhood. "If you're going to become a success in life, you'll need to venture out into the world." More than likely, the story extended, you'll find your own roots and settle down. In case you don't, you can always come home: to your own bed, and your old friends. But, the adage went, "you should try away first".

Homecomings in the Midwest, as a result, are usually either of two sorts: that of a hero's return or those of a failed pilgrimage. We want to inspire another path, one that we believe is possible, with a little hard work and a little support from the community.

In our decision to keep Montessorium in Sioux Falls, South Dakota, there were three main factors to our motivations, some of which were inspired by lessons we learned, first hand, from an accelerator program in Silicon Valley. It should be noted that we're not advocating that others should not seek the warm embrace of the California sunshine. On the contrary, we're simply trying to inspire the notion that great things can happen anywhere.

Here are the three lessons:

One of the overarching themes of keeping Montessorium in Sioux Falls, was that it was a chance to surpass childhood assumptions. Not only our own, personal reservations, but also those of others, and the Midwest as a whole. In perhaps more eloquent terms, we're trying to combat the whispers gently blown into our ears as children that told us, with a certain degree of reassurance - almost to the point that it became part of our subconscious - that we needed to leave town to become successful in our ventures. We believe otherwise and we're out to overcome this widespread notion. You see, we believe amazing things can happen anywhere. They can happen right here, in Sioux Falls, South Dakota.

Along the way, we've had a handful of exceptional mentors. Individuals who have taken their time, and even gone out of the way, to ensure they offered their expertise, advice and experience, with just the right amount of support and just the right dose of practicality. We've done our best to adopt this mentality, and try to serve as mentors in the community. We want to be a different kind of company, one that is transparent, helpful, and that makes time to participate and engage in important conversations. Communities, we think, can empower companies, just as much as companies can help empower communities.

We also want to overcome the perception that to do great work, you need to move to one of the coasts, by showcasing that amazing things can sprout up anywhere, especially with the right conditions. What those conditions are remain to be determined, but one can begin to feel them taking shape. With the right framework, with the proper mindset, the lense by which we view the world starts to shift. Overcoming the misconceptions of the Midwest, to be sure, are as much an internal problem as an external problem. There's no use trying to point any fingers. There's just a lot of work that needs to be done to overcome these deep-rooted assumptions, but we think we're headed in the right direction.