A Michigan pig escaped from his owner Thursday, briefly terrorizing the community. CBS Detroit reports that at one point, the animal charged at a woman only to get distracted by a "decorative ball."

The Shelby Township Police Department soon came on the scene and arrested the rogue pig. Officers soon learned this was snout a good idea.

“Well, lets say the pig either out of excitement or otherwise felt the need to use the back seat of our patrol car as a bathroom,” Deputy Chief Mark Coil told the station. 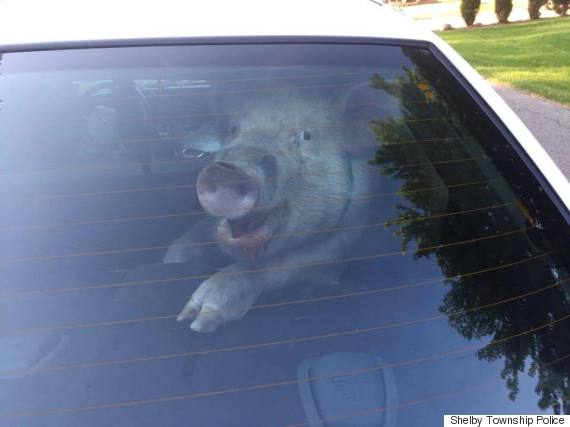 A photo of the smiling pig was shared more than 1,000 times on the department's Facebook page. It was soon followed by a photo of the pig's mess. 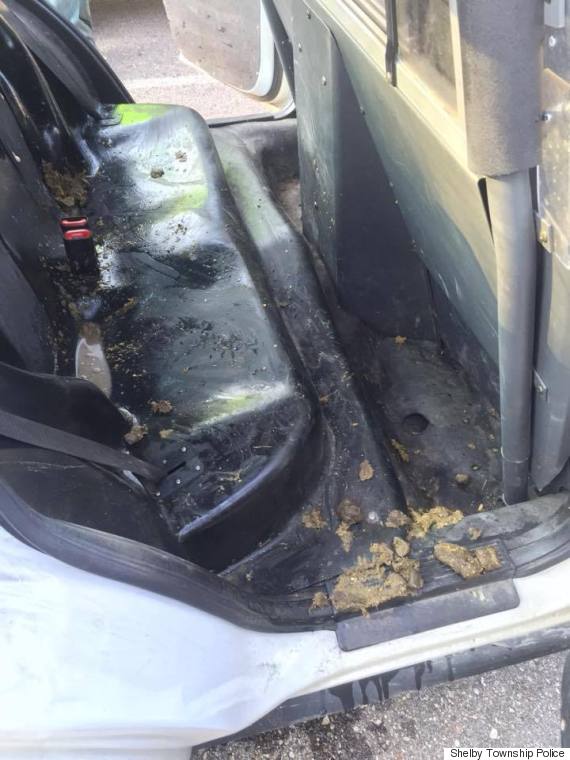 "Now we know why that pig is smiling in the first pic!" the caption reads.

The pig was later returned to its owner.