Piper Perabo isn't really the songwriter-turned-sexy bartender Violet Sanford who she plays in 2000's "Coyote Ugly," but she still finds herself reminding people of that fact.

On Wednesday night at a Glamour's Top 10 College Women panel about finding (and landing) your "dream job," Perabo told HuffPost Women that the biggest misconception about women in Hollywood is that they are exactly like the characters for which they're best known:

It's weird, I think a lot of people think that the woman they're meeting is the character they've seen them perform. I get that a lot, like [people] think I'm the girl from "Coyote Ugly," which is so weird because I would look amazing if I was that girl.

I met Christina Hendricks at a play opening and she was so articulate and kind of soft-spoken and amazing, and I was like, "Why was I thinking I was gonna meet the character from 'Mad Men'?" I did it too. And I think we do it without even thinking because that's the person you know and they look like that person. But I think a lot of people do that -- it's so bizarre.

Perabo may not have spent her early 20s dancing on bars and writing Leann Rimes songs, but she certainly had guts when she first started her acting career. She told the panel's audience -- which looked to be comprised primarily of college students from Barnard, where the event was held -- that she first got representation because she crashed her then-boyfriend's audition when she was in college.

"The casting director came up to me [and said] 'you look like one of the parts,' and she handed me the sides,'" said Perabo. "[My boyfriend and I] went into the stairwell and I learned the lines as quickly as I could and I went in and auditioned." She didn't end up getting the role, but she did get a manager -- the same one she has to this day.

'Veep' actress Anna Chlumsky, Teach For America founder Wendy Kopp, Chief Digital Officer for the City of New York Rachel Sterne Haot and 'Daily Show' correspondent Jessica Williams rounded out the panel, which wrapped up with each guest imparting their best career advice for young women. "Anytime there's a difficult decision, I really believe you can break it down between which way is fear and which way is love," said Chlumsky. "And love is always the right one." 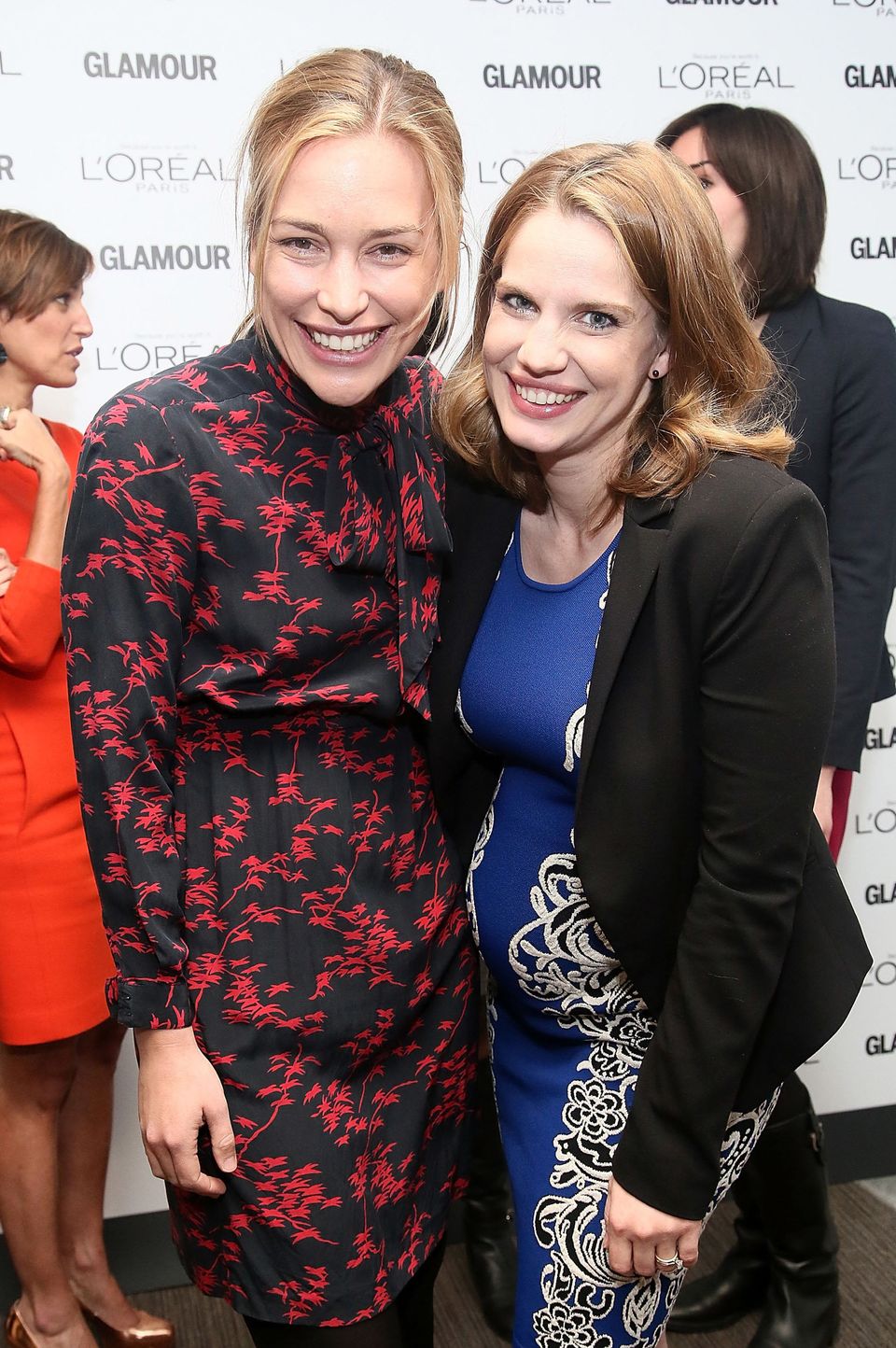