The main attraction at a popular Atlanta trail is its resident cat.

The feline, named Piper, lives in a drain pipe on the BeltLine's Eastside trail. According to WXIA, locals who pass by the pipe have made her the unofficial mascot of the area and frequently write her fan mail, which they drop in a miniature mailbox someone constructed outside the kitty's "home."

One woman recently got the idea to write to Piper when she "noticed people were coming to kind of pay homage," she says in the WXIA video above.

According to the news station, Piper inspires residents to exercise because they have to get outside in order to visit. In addition to letters, many bring her cat food.

As WXIA reporters watched, another woman named Gwen Bienimy went to the drain pipe with her son Omari. They, too, brought gifts -- which weren't particularly well-received.

"So today she is being a cat and is ignoring us," Bienimy says in the video.

Fans of Piper can also visit her Facebook and Twitter accounts, where the cat's online personas have coined the phrase, "Stay frisky, my friends."

In the slideshow below, check out some of the most heartwarming messages left in her kitty mailbox.

PHOTO GALLERY
Piper The Cat Who Lives In A Pipe 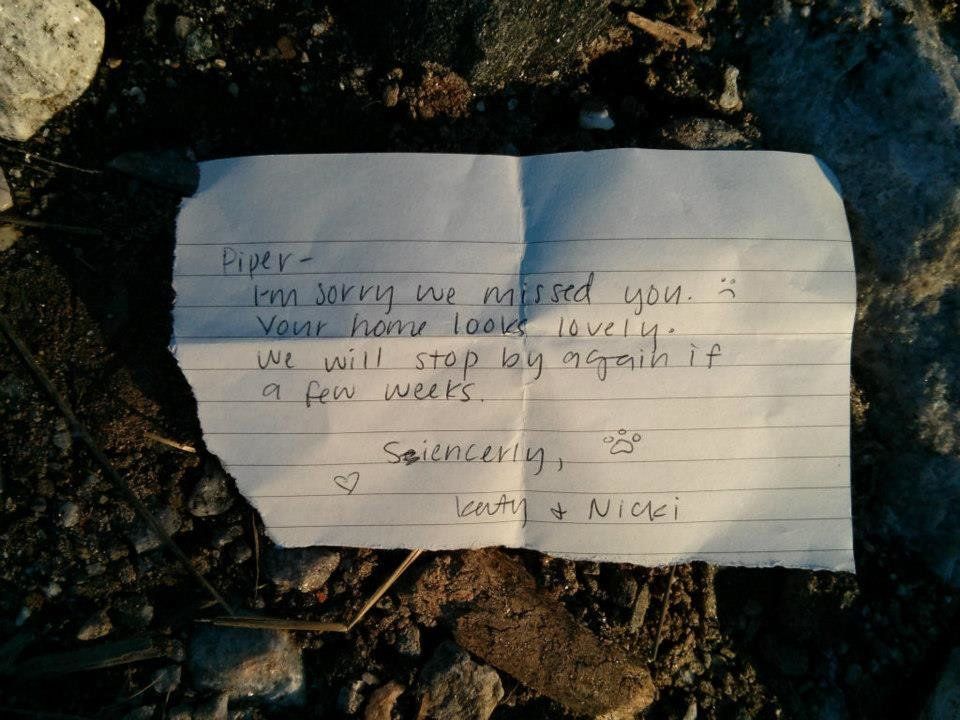