This article originally appeared on artnet News. by Brian Boucher 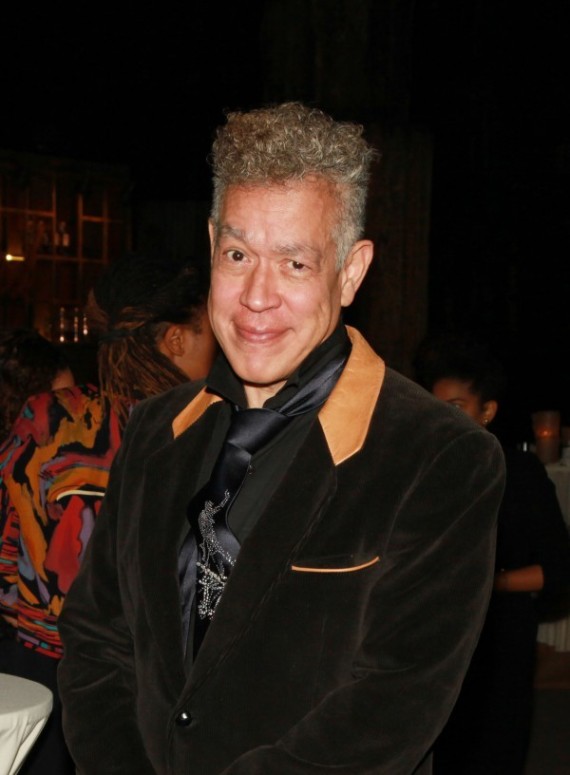 Artist Andres Serrano recently discovered his controversial work Piss Christ was being sold by the Associated Press when it was notably pulled from the AP's image-licensing bank over events related to the Charlie Hebdo attack. And he's pissed.

"I was unaware that the image was sold by the AP since I never authorized them to do so," Serrano confirmed to artnet News over email from Paris. "It's something that I will have to look from a legal perspective."

The incident arose initially in the aftermath of the massacre last week of cartoonists at the French satirical weekly Charlie Hebdo. The AP was accused of hypocrisy for continuing to license Serrano's controversial 1989 image while it opted not to distribute images of the covers of the French magazine's cartoons. Some observers have branded the cartoons anti-Islam (see Accused of Charlie Hebdo Censorship, AP Removes Piss Christ Image). 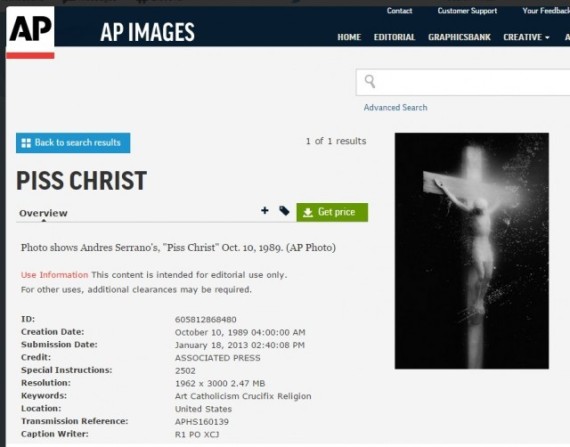 Andres Serrano's Piss Christ before it was removed from the AP website.

Serrano's work, which shows a crucifix submerged in the artist's own urine, has raised the hackles of religious people ever since it was created (see Christians Pissed About Piss Christ, Again). And again, it's inspiring ire.

Back in the public eye, the photograph has been at the heart of recent debates over whether it's equally offensive to lampoon Christianity as it is to satirize Islam. Catholic League president Bill Donohue, in an interview with NewsMaxTV, told one reporter that while he wouldn't support a Catholic murdering Serrano, if it happened, the act would be partly the artist's own fault: speaking in the hypothetical, he said, “Had he exercised restraint, he wouldn't be dead."

Right-wing commentator Rush Limbaugh sees hypocrisy on this issue at CNN, according to the transcript of a recent broadcast: “You can still find pictures of a crucified Jesus in a jar of urine, the famous work of art by Andres Serrano called Piss Christ. You can still find that at CNN. CNN still has a picture of that illustrious work of art posted. But they're not gonna show potentially offensive images of the prophet."