Spartacus is a lovable dog. He's happy and docile. He did nothing wrong.

He's so innocent, in fact, that he didn't even resist when an unknown assailant cut him up from head to toe and hit him with a shovel.

"Spartacus just sat there, I guess, letting him slice him up. Such a sweet dog," Alex Kyrkland, who works at the Pet Care Center in Los Angeles, told CBS News. "Whoever this person is, and I can’t even use that word, this animal, I think, he tried to cut his throat off."

It took surgeons at the Pet Care Center two hours and 1,000 stitches to save 2-year-old Spartacus on Sunday. He had slashes on his neck, face and torso, and the gash on his neck led surgeons to believe someone was trying to decapitate him, according to the New York Daily News. 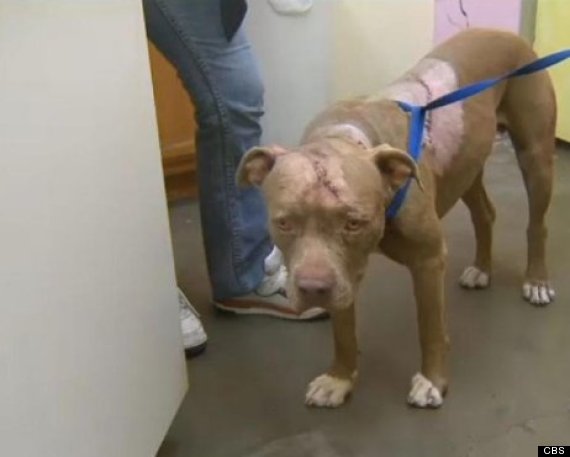 Even after the attack, Spartacus is wagging his tail and trusts his handlers.

"This is very serious on many levels," Sgt. Tami Baumman told NBC Los Angeles. "I have 21 years with the police department and I've never seen a dog that cut up before by somebody."