If only we were all as lucky as this Reddit user.

The adorable photo shows one of the happiest pit bulls ever giving some love to a kissing booth patron. Caitlyn Larimore, the recipient of the smooch and a volunteer with Best Friends Animal Society, posted the photo after attending the Super Adoption Weekend hosted by No Kill LA last week.

"I loved the idea of the kissing booth because it was such an approachable and friendly visual to place on what is often a controversial breed," she wrote in an email to The Huffington Post.

The dog's name is Claudia, according to the Facebook page for Angel City Pit Bulls, who hosted the kissing booth. The group also wrote that the pooch is looking for a new family in Los Angeles.

"She is 61 pounds but all muscles," the page says. "She is also known as the kissing bandit. She is playful and submissive. Her favorite thing to do is run." 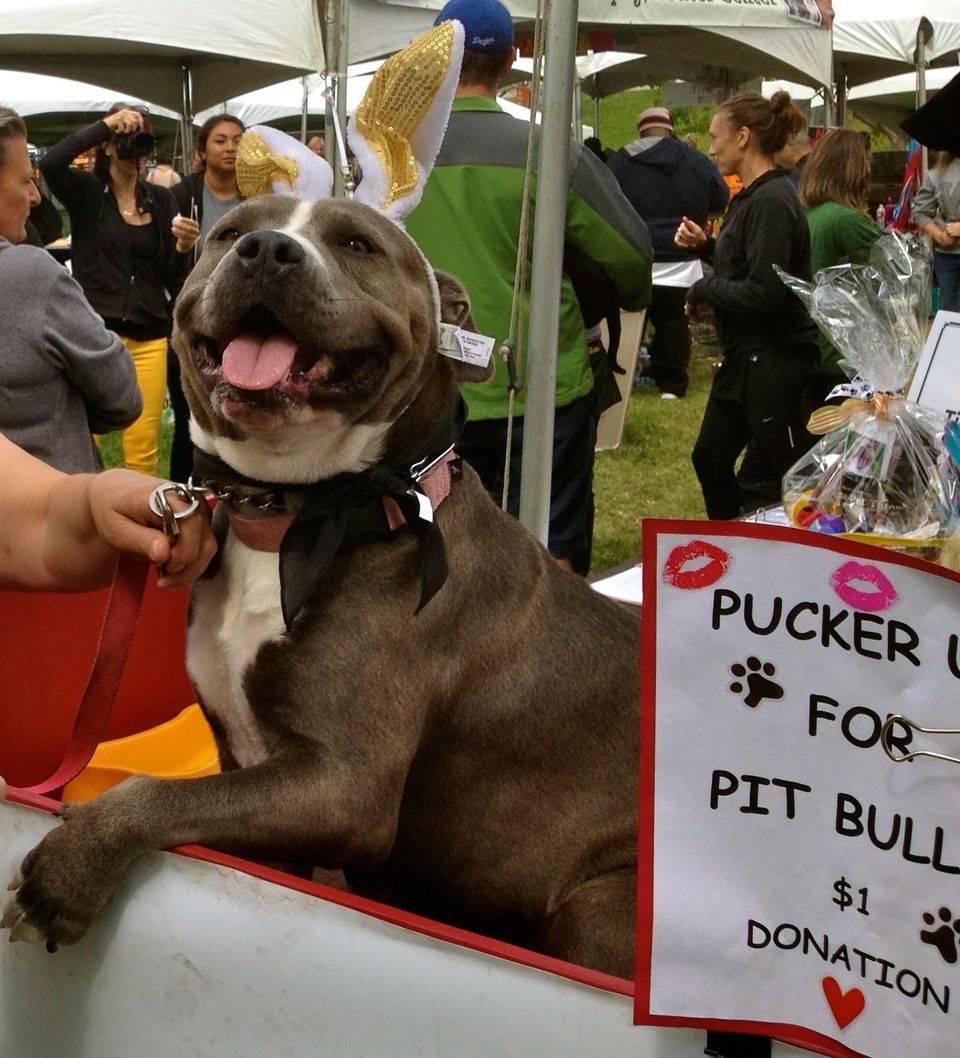