A pit bull who mauled a Phoenix, Arizona, boy has been sentenced to spend his life at a no-kill shelter operated from a jail run by Maricopa County Sheriff Joe Arpaio.

Judge Deborah Griffith carried out the sentencing Tuesday, ruling that the dog, named Mickey, should spend the rest of his life living at the shelter, AZ Central reported.

On Feb. 20, 4-year-old Kevin Vicente was mauled by his babysitter's pit bull, leaving him with a broken eye socket and jaw. Newsday reported that the little boy has months, and possibly years, of reconstructive surgery ahead of him. 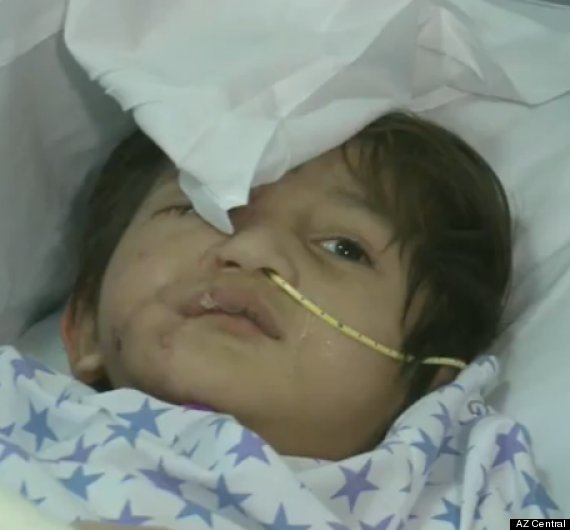 Animal rights activists came to the defense of the dog and shared Mickey's image online hoping to save the dog's life. On social media, the topic divided those who felt Mickey should be euthanized and those who thought life in a shelter would be more humane.

Along with spending the rest of his life in a shelter -- unable to be adopted or fostered -- the pit bull was also defanged (removing the dog's canine teeth) and neutered.

Arpaio, 81, offered to house the 4-year-old pit bull at a shelter set up in one of his jails. Arpaio, who is known for his hard-line stance on illegal immigration and less-than-stellar treatment of inmates, expressed happiness at having a criminal canine inmate.

I want to thank Judge Griffith for saving the life of Mickey and sentencing him to my jail.

When asked what might become of Arpaio's shelter if he is no longer sheriff, Arpaio quipped: "I expect to be the sheriff forever."

AZ Central reported that in the month it took to determine Mickey's fate, close to 450 other dogs were euthanized for vicious behavior.