Ever wondered what it would be like to spend a day with Mr. Worldwide, Pitbull himself?

Cecilia Vega of ABC News had that chance and she was able to take us into the world of Armando Perez — Pitbull’s real name.

The special interviews aired on “Good Morning America” and “Nightline” on July 29.

The global pop star showed the world the two sides that make up the man behind behind the infamous catch phrase, Dale.

Pitbull turned himself into a global brand by partnering with some of the biggest names in the music industry — Ne-yo, Jennifer Lopez, Christina Aguilera, Chris Brown and more.

The same corporate America that has woken up and realized that Latinos are growing in numbers and that their spending power is a huge market is trying to get Pitbull to endorse their products. You may have noticed that Mr. Worldwide is a worldwide branding powerhouse with products ranging from Dr. Pepper soda drinks to Kodak cameras. From his commercials to his music videos, his brand makes products sell. With the growing Latino population, he has advertisers in the palm of his hand.

And for those that label him a sell out, he says that he’s here to do two things: Make music and do business.

When asked if he gets the respect he deserves, he gives a short and simple answer: “Do I care? That’s the question.”

So just how much is a global brand like Pitbull worth? Even he doesn’t know.

“I definitely don’t count it,” Pitbull said. “And even if you tried to count it, let me tell you, you couldn’t.”

In the “Nightline” interview, we get a glimpse of what happens backstage at a Pitbull concert. It seems as though the party-never-stops image that he projects isn’t just an act. Pitbull said that before he goes on stage the only thing he thinks about is the one thing in life that really counts, having fun.

From his high energy concert in Tampa, Fla., we’re then shown how the Cuban-American rapper keeps an eye on his global empire — and where better to plan world domination than 30,000 feet in the air on a private jet bound for his hometown of Miami.

‘Pitbull is everything that Armando can’t be in public’

Music isn’t the only thing that’s close to Armando Perez’s heart. He’s working on a legacy outside of music. He doesn’t just use his fame to promote products, he’s also using it to do good.

Pitbull is building SLAM (Sports Leadership and Management), a state-of-the-art and tuition-free charter school in the Miami neighborhood of Little Havana.

What’s the difference between Pitbull and Armando. Here’s how the Miami rapper see’s it:

Pitbull is everything that Armando can’t be in public. He lets it all out on stage, through the records, through the music, that’s my therapy. But Armando… tries to be the most simple, humble, normal person that they raised me to be.

Finally, we see the rough beginning that made the Mr. 305 the man that he is today.

He shares stories about his dad teaching him Cuban revolutionary poems. He also shares his troubled past selling drugs and moving around a lot.

“If you look at it, it’s the same thing that I do now, just with a different product and the product is music,” Pitbull said. “I go city to city, country to country, all around the world getting people hooked to my product. Same hustle, different product.”

However, as Pitbull has made it clear, this is only the beginning.

“It’s just the beginning… Everyone’s trying to go to a another planet now. Maybe that’s the first thing we take over next. We make it Planet Pit.”

Watch Pitbull’s interviews on “Nightline” above.

Originally published on VOXXI as Pitbull shares his journey to become Mr. Worldwide 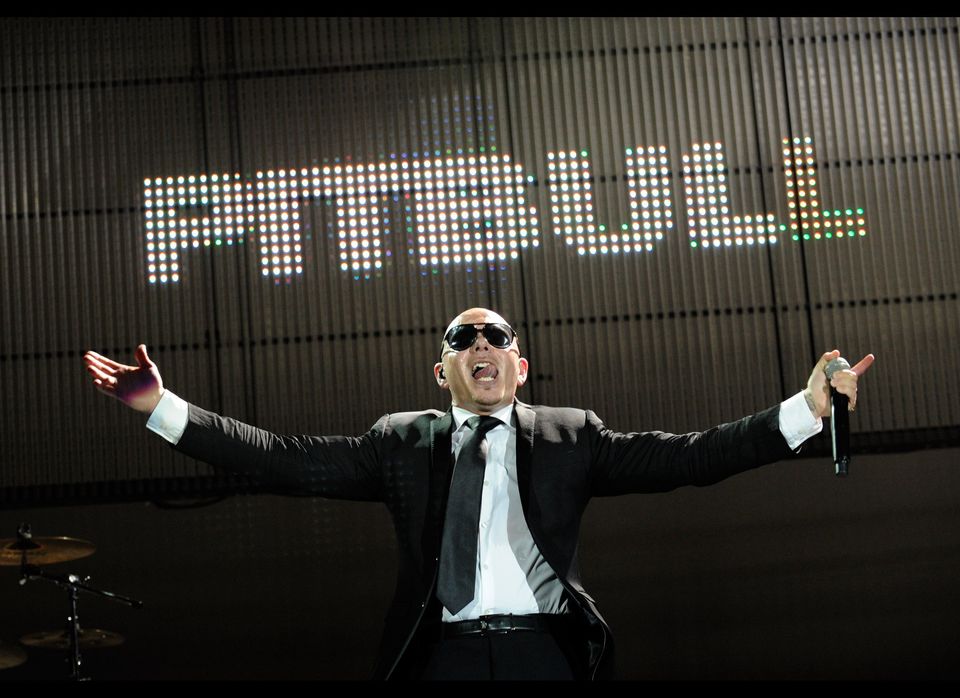