"Insult to injury" took on new meaning today after Denver Mayor Michael Hancock posted a photo on his Facebook page of Pittsburgh Mayor Luke Ravenstahl in a Broncos jersey Tebowing. Ravenstahl and Hancock had wagered over the outcome of Sunday's NFL playoff game between the Broncos and the Steelers. The loser, Ravenstahl, had to don a Broncos jersey and provide a picture of him Tebowing.

UPDATE:
It appears that Pittsburgh Mayor Luke Ravenstahl knows how to turn a profit from a lost bet. The mayor reportedly sold his Tebow jersey for $1,400 on eBay to benefit a scholarship program he founded called The Pittsburgh Promise.

The jersey is signed by Ravenstahl and drew 68 bids from 23 bidders. It was won by a man known only as "scottgunn" of Texas who bid seven times.

EARLIER:
In a statement on 9News, Ravenstahl said "This is not something I ever thought I'd have to do, and it's certainly not something I'm looking forward to... However, we're good sports here in Pittsburgh, and I want to congratulate Denver on a great win."

If the Steelers had won, CBS reports Hancock promised to wear a Steelers jersey and wave a "Terrible Towel" at a public event.

While there's no word yet on Hancock's upcoming bet with Boston Mayor (and New England Patriots fan) Thomas M. Menino, The Denver Post speculates it may involve an exchange of lobster for steak. 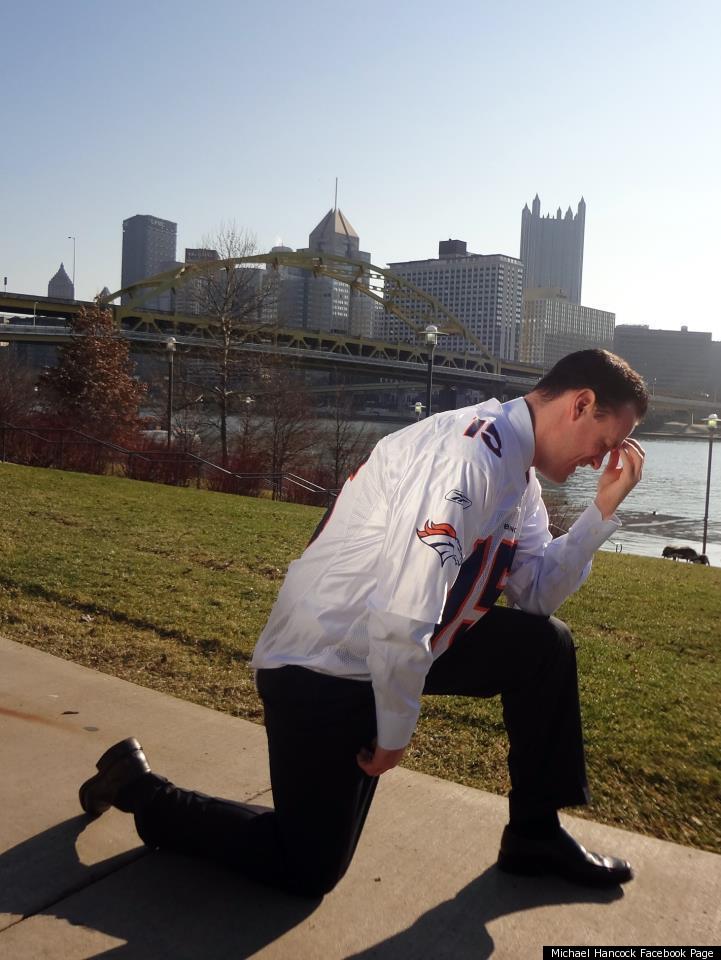