In America, prior to mass suburbanization and sprawl, our great cities served as, not only cultural and business hubs, but thriving centers of families. Some of those neighborhoods were virtually cities within a city, especially when it came to divisions of ethnicity and color.

These places had their own histories; their own sports and entertainment culture; and in some cases, even their own language. But as people fled the old urban centers, many of these areas fell into decay and many lost the proud identity they once had maintained.

Rarely, has one of these "cities within a city" been mourned as much as Pittsburgh's Hill District.

The Hill, or "Little Harlem" as it was referred to from the '30s thru the '50s, was one of the elite African-American neighborhoods in America. It was home to one of the most vibrant jazz scenes in the country, as well as one of its hottest clubs, The Crawford Grill, which was owned by Gus Greenlee.

The Crawford Grill was a well-known place for jazz luminaries such as Art Blakey, John Coltrane, Errol Garner and Dizzy Gillespie to cool out and blow into the night for their peers, for each other or just an appreciative group of fans and friends. Greenlee, aside from running a successful numbers operation, also owned one the Negro League's finest teams, the Pittsburgh Crawfords. The Crawfords featured players such as Satchel Paige, Cool Papa Bell and maybe the greatest of all, Josh Gibson. In 1932, in the heart of the Hill, Greenlee built the first black-owned and black-built baseball park in America, Greenlee Field.

The Hill District was fraying around the edges by the dawn of the 1950s. The city of Pittsburgh, hot on the idea of urban renewal and needing a place to erect a new arena, decided to completely demolish the now-decaying lower Hill District. More than 8,000 residents and over 400 businesses were displaced, effectively changing the Hill forever.

The Hill took on further damage in the wake of the assassination of Martin Luther King, Jr. Racial tensions had been building in Pittsburgh for years when the assassination occurred, and King's senseless murder ignited the long-simmering powder keg. The National Guard was called in to enforce a curfew on an angry community, and the riots, which began April 5, 1968, raged until April 12. The week of violence saw 505 fires, $620,000 in property damage, one death and 926 arrests.

The following decades saw the Hill descend into an area of crime and poverty. Even now, the Hill exists as a place to avoid for many Pittsburghers. It had become its own notorious world apart from the rest of the city.

Today, much of the Hill that existed is gone, erased by the wrecking ball and pure decay. In its place, stand empty lots, decaying homes, the occasional jitney stand, a few remaining struggling businesses and the specter of a storied past. Movements were always afoot to aid the neighborhood in restoring some of its cultural glory, but those plans rarely took hold for any length of time.

The building that displaced much of the Lower Hill, the Civic Arena, is currently being dismantled. The arena has been replaced by the Consol Energy Center a few hundred feet away, and again, renewal in the Lower Hill is a hot topic. Of course, one can't blame its long-suffering residents for being skeptical of such things. 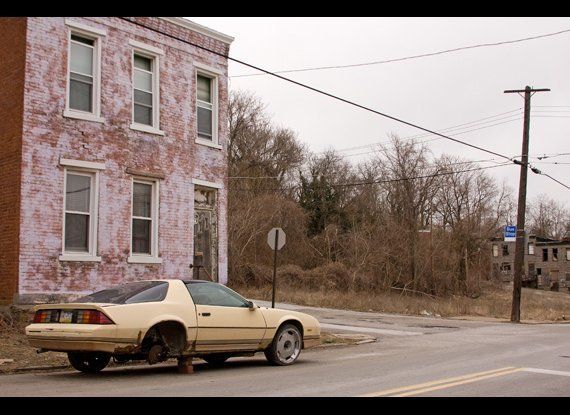