Pitty helps with the feeding and cleaning.

Two very different animals have found comfort in one another.

A worker from animal rescue group Dallas Dog RR came across an abandoned pit bull on the side of the road in Texas, last week, according to Yahoo News. The worker picked it up with the intention of getting it care, but realized the dog wasn't alone. A bystander mentioned that a kitten had been lying in the same spot where the pooch was found. The days-old kitten was also picked up by the worker, who said the young cat latched on to the canine and began nursing. 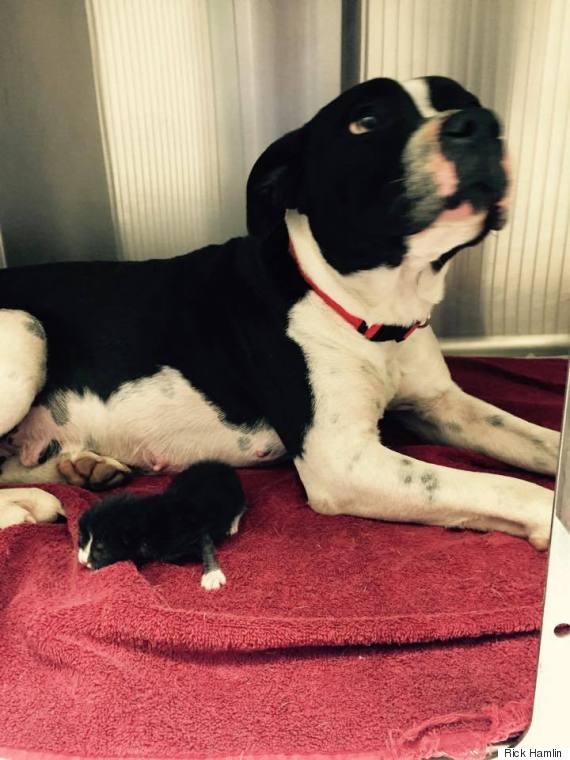 The pit bull and kitten, now appropriately named Pitty and Kitty, were brought to the Mercy Animal Clinic, where they've been recovering well and are inseparable, Dr. Rick Hamlin, who is caring for the pair, told The Huffington Post. Their bond is so strong that the doctor has stipulated that the two must be adopted together. 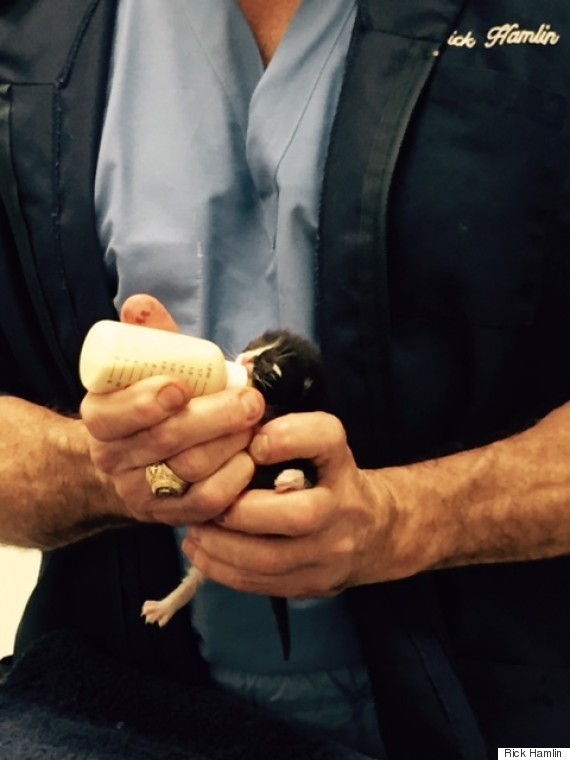 "Over my 28-year career, I've never seen anything like this," Hamlin, told the Dodo of the pair's strong connection.

It is unclear how the two found each other, however, Hamlin suspects that the pair came together when they needed one another most.

"In this particular area, there's a lot of strays, so my best guess is that the mother pit bull had a litter of pups and they died or weened and she still had milk," Hamlin told the Dodo. "And the kitten's mother, who just had her -- well, something must have happened to her, and this kitten was left behind. The pit bull probably found her and took it as her own."

Though Hamlin takes Kitty home every night to be bottle fed (Pitty's milk has dried up and she can no longer nurse the cat), the doctor told HuffPost that the animal duo has established a morning routine filled with a good dose of TLC.

"The morning reunion between Kitty and Pitty is always heartwarming with Pitty giving Kitty a morning bath and, once Pitty lies down, Kitty still attaching herself to a -- now nonfunctional -- nipple. Very cute," he told HuffPost.

Hamlin said that the two will be ready for adoption in about two weeks, and the clinic has already received several requests from prospective owners, drawn to the adorable duo. The doctor said that the clinic will be conducting interviews and making sure that Pitty and Kitty go to the perfect owner. After all, they're certainly two of a kind.

"My gosh, to find this in the wild, that a pit bull and kitten found each other on their own and they connected like they did, it's really something," he said.