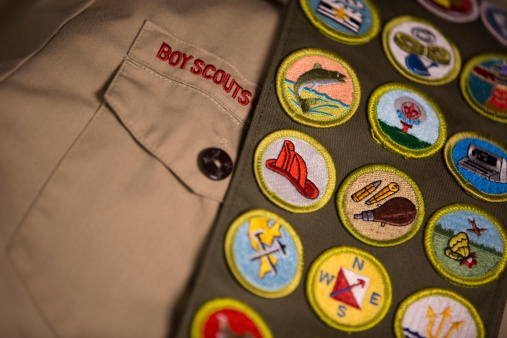 It's an image that's been burned into my mind for nearly two decades: the looks of glee and contempt on the faces of my fellow staff members as they verbally attacked my closest friend. That was the day after "John" secretly revealed to our Boy Scout summer camp director that he is gay. For days after that, John faced open ridicule everywhere he went. He was called homophobic slurs. Staff members exchanged obscene sexual gestures and laughed behind his back, sometimes to his face. It was only a matter of weeks before John was kicked out of the Boy Scouts forever, an act that left both our families devastated.

The Boy Scouts' decision this week to open their ranks to lesbian, gay and bisexual adults is as historic as it is reflective of where we are at this moment in our nation's history. It comes 46 years after the Stonewall riots launched the modern gay rights movement and just weeks after the Supreme Court recognized that marriage is not a right to be reserved for the already privileged, that the power of love is that it sees all people.

Many Americans continue to fight against such gains. In their attempt to turn back the clock, many who tangibly benefit from our society's heteronormative institutions have taken to claiming with ever greater frequency that it is their rights that are under attack.

This is the Pity the Privileged Routine, and it shows no signs of being retired anytime soon: members of a minority group fight for same the rights enjoyed by others, a concession is grudgingly made, then members of the dominant group fight back even harder, claiming that they're the ones under siege.

In his characterization of the Supreme Court's decision as the "very definition of tyranny," presidential hopeful Senator Ted Cruz recently joined a long line of homophobic ideologues employing this routine. When I heard his comments, I was reminded of remarks made by Justice Samuel Alito after the Court's ruling and by internet personality Joshua Feuerstein a few weeks later. In his dissent, Justice Alito claimed that the majority's ruling was "imposing its own views on the entire country... facilitat[ing] the marginalization of the many Americans who have traditional ideas." Clearly feeling the same, Feuerstein posed in a Facebook video that has been viewed by over five million people, assault rifle in hand, and ranted about how the government was "coming after our First Amendment constitutional rights" by protecting LGBT people from discrimination.

I'm appalled almost as much by the people making such outrageous claims as I am by the people who fall for them. When my friend was outed to our camp staff, not one of John's assailants showed any signs that they felt besieged. What happened was the exact opposite: Those who ridiculed my friend did so with laughter and glee. Their facial expressions and actions demonstrated very clearly who was in a position of power and privilege, and whose rights were really under attack.

The idea that the majority is under attack is reinforcing to anyone who stands on the brink of losing unearned privileges they have long taken for granted. It hurts to be taken down a peg, to discover you're no better, no more deserving, than anyone else. Better to lash out, mobilize the masses. Misdirect them at an imagined enemy. Anything to maintain that privilege.

There are many hurdles that await the LGBT community. Under the new policy, adults can still be kicked out of the Boy Scouts for being gay. There's no federal law preventing employers from firing employees or landlords from evicting tenants due to their sexual orientation. And even with strong leaders like actress Laverne Cox and retired Olympian Caitlyn Jenner, the National Coalition of Anti-Violence Programs recently reported that hate crimes against transgender people rose 13 percent last year. But at the end of the day, I don't pity the LGBT community. They are a source of strength and resilience, a national treasure to which our society is fast awakening.

I pity those who surround themselves with hate and fear, who'll never know the courage and beauty of people like my friend John and so many others. I pity the privileged.