What if you could crawl inside a steamy, delicious slice of pizza and go to sleep? That's what Brooklyn artist Claire Manganiello was wondering on a cold night at 3 a.m. Then she came up with the idea for the Pizza Bed.

"I'm here because I love pizza and I want to sleep inside it," Manganiello wrote on the project's Kickstarter page. "If you feel as strongly as I do about the most perfect food in the universe, then the Pizza Bed is the bed for you."

As of Tuesday afternoon Pizza Bed had raised more than $7,000. The project has until Dec. 29 to hit its goal of $125,848, which the creator admits is a tall order for a novelty project.

"I'm surprised, thrilled and terrified all at once," Manganiello told The Huffington Post of her campaign. "I know I've asked for a pretty large sum of money, so I'm naturally anxious about meeting my goal and just want everyone to be able to rest in pizza!"

As for the question we're all really asking ourselves -- will we end up eating our bed?! -- Manganiello has considered the issue and has a potential solution.

"If I might suggest, maybe you should have a slice or two on hand, or in a nightstand that doubles as a tiny oven," she said. "If not, I say sleep at your own risk!"

'Pizza Bed' May Put You In Danger Of Eating Your Duvet Cover
Pizza ... For Breakfast 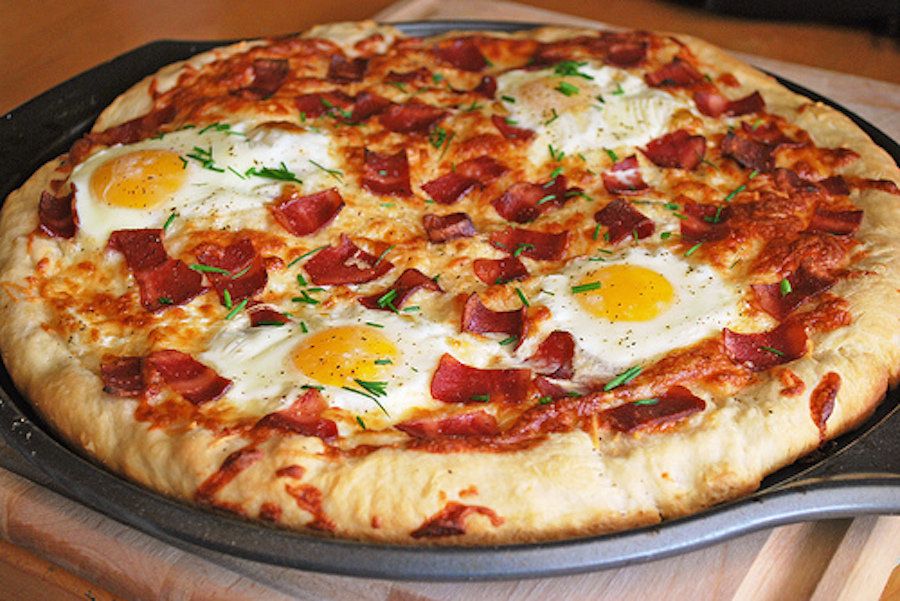