The only flawed thing about pizza is the pizza box. It consumes a tremendous amount of refrigerator space and is terribly difficult to dispose of: It calls for strong arms and a foot-stomping jig to fit inside any conventionally-sized garbage can.

GreenBox, a "revolutionary re-design of the pizza box" has the potential to change pizza's single pitfall. From the outside, GreenBox looks like any average pizza box. 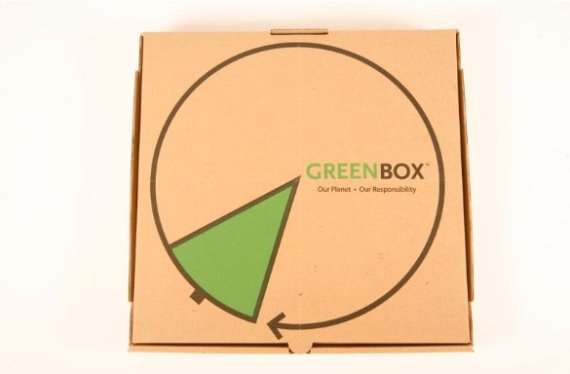 But the contraption does much more than cumbersomely transport a pie. 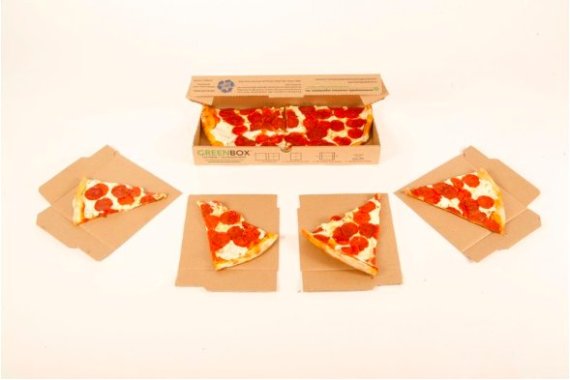 The top of the box is perforated to tear into four serving plates, a feature that nixes the need for dish-ware. This certainly amplifies pizza's convenience factor.

The bottom of the GreenBox turns into a storage container half the size of a pizza box -- which is wonderfully suitable for leftovers.

Jennifer Wright, GreenBox's president, told HuffPost that this concept was originally envisioned for birthday parties, parks and picnics. To the company's initial surprise, the feature is popular among late night office dwellers. These workers may order a full pie to the office for dinner, but toss the uneaten slices when they leave (or, attempt to shove an enormous pizza box into the shared office kitchen). The compact option makes bringing pizza home, or storing it in said fridge, simple. Wright says this little box could even fit in a purse or backpack -- though one has to wonder about the oil dripping out.

These smart boxes are sold to several pizza box distributors around the country, including Performance Food Group and U.S. Foods. Wright says half of the Whole Foods in the U.S. use GreenBox in their stores. They're also crafted from 100 percent recycled and recyclable corrugated cardboard, a fact that will satisfy any tree-hugging pizza lover.

Does this invention make you love pizza any more than you already did? Or would that be impossible?

America's Most 'Life-Changing' Pizzas, According To Esquire
Voting Made Easy
Register to vote and apply for an absentee ballot today
Register now
More:
pizza-boxinventionsWhat Is Working: Small BusinessesTaste Pizza