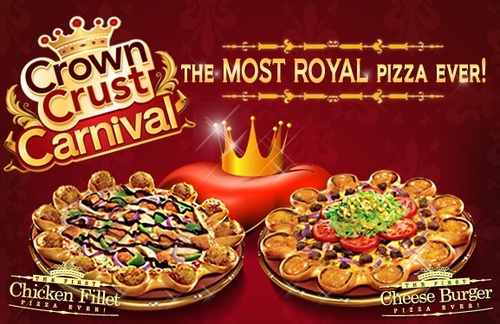 When we first heard about Pizza Hut's new pizza with crusts made out of cheeseburgers last month -- alas, it's only being offered in the Middle East -- we were curious and a bit grossed out.

Reports of fearless diners who have ordered the delicacy are now beginning to crop up, but we couldn't help but notice some discrepancies in these pies' appearances.

The one sampled last month by Serious Eats' Slice correspondent Arva Ahmed looks normal enough, and bears a respectable resemblance to the pizza in the advertisement. It's from a Pizza Hut branch in Dubai. 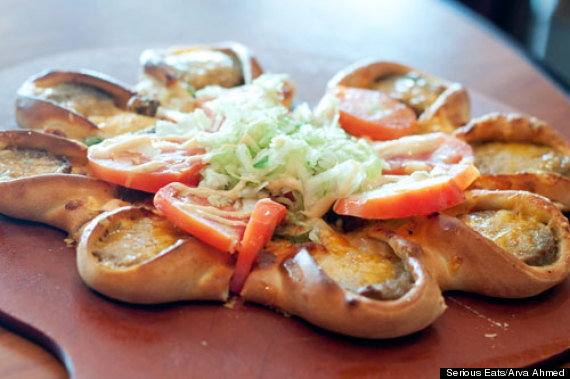 Unfortunately, it didn't impress in the flavor department. Writes Ahmed, "If I took the antonym of 'delicious,' strapped it onto a rocket and blasted it twenty thousand light years away, I may begin to get close to my experience with the burger patties."

College Humor also tried out the pie, which they achieved by sending their correspondent, Jon Gabrus, all the way from New York City to Dubai. The pizza looks pretty similar to the one Serious Eats tried, though Gabrus didn't think it looked much like the ad. "...[A]s you can expect, the pizza looked nothing like the pizza I saw in the commercial," he wrote. "It was smaller, thinner, and all around greyer." 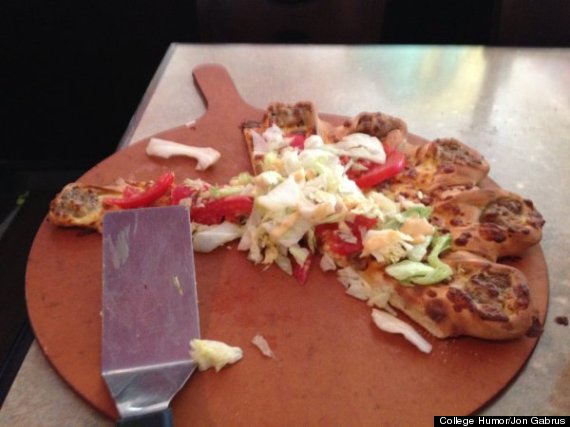 But an image uploaded by Reddit user Pinkeller looks strikingly different. The post's title says it all: "I don't think this is what I ordered." According to the author's comments, it's from a Pizza Hut in Saudi Arabia. 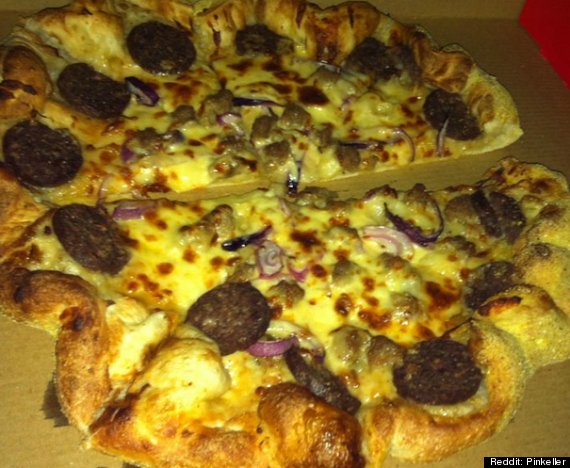 Sure, we know that food styling is all the rage these days -- experts use a variety of tools to make a dish look more appetizing, even if that sometimes means rendering it inedible. It's not unheard of for stylists to swap in motor oil for syrups that doesn't photograph well, or add brown shoe polish to raw meat.

Could that be what's going on with Pizza Hut's cheeseburger pizza? But even if that's true, we still don't know what's to blame for the differences between the above pies. Perhaps it's time to invest in some more quality control measures.

The Worst Fast Food Creations of 2011