It wasn't enough for the editors here at HuffPost merely to report that Pizza Hut is releasing limited quantities of eau de Pizza Hut. We had to take it one step further -- and actually sample the scent.

Pizza Hut is right about one thing: The perfume definitely smells like dough. However, the similarities between the smell of pizza and the smell of this perfume end there. Among the eager samplers in the HuffPost newsroom, there was unanimous agreement that rather than pizza, the perfume smelled like cinnamon rolls. And not just any cinnamon rolls, mind you. The Pizza Hut perfume smells exactly like Cinnabon.

You know when you go to the mall and you don't really want a Cinnabon, but then you start smelling it from down the hall and all of a sudden you're craving one? Imagine if someone was wearing that scent. (The two brands are unrelated, so the Hut is really doing Cinnabon a solid -- perhaps if Cinnabon ever cooks up its own eau de toilet, it should smell like pepperoni and mozzarella?)

We've got to hand it to Pizza Hut -- we were expecting something pretty gross, and the Pizza Hut perfume actually (almost) smells rather pleasant. But it just ain't pizza. There's no tomato sauce or cheese smell.

Now, if you'll excuse us, we're on the lookout for something sweet. 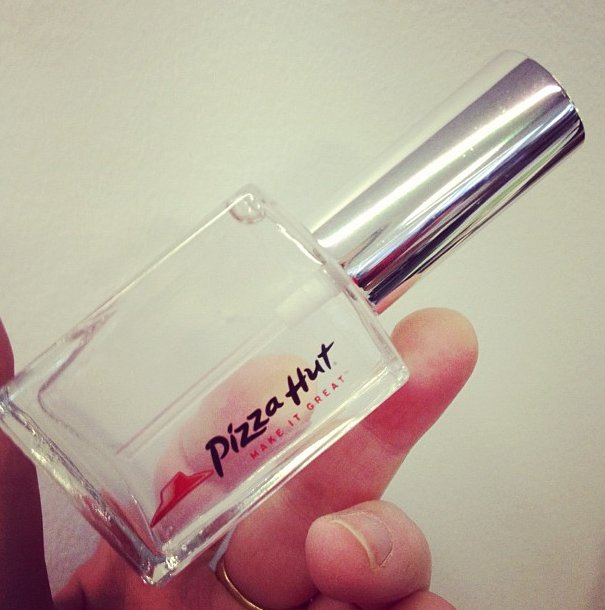