I started a gold grills business that did well. 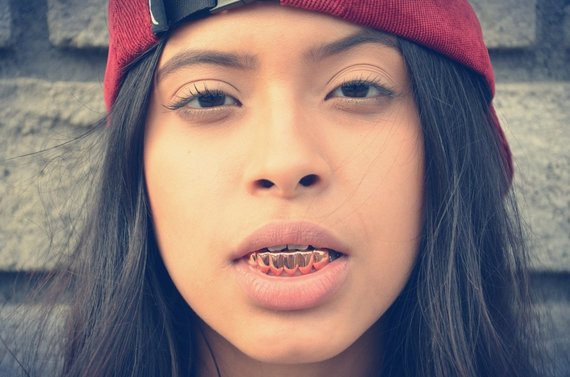 Picture: model wearing one of our grills. Photo by Dave Ochoa

It generated $10,000-$20,000 in sales per month. It's also been featured in Forbes and dozens of other media sites. All of this while still living at home with my parents.

Because I've been so in tune with the music and culture, it was easy for me to spot an opportunity in the market and capitalize on it. Prominent rappers began to wear them. Forums and blogs began to discuss them more and more. The other alternatives, namely custom grillz (think: Paul Wall, etc.), were too pricy for the average consumer.

So I created an affordable alternative.

However, for people unfamiliar with streetwear and hip-hop culture, it's quite taboo. My mother was mortified seeing so many sets of grills for teeth laying around the house. Again, to the uninitiated, this could be considered a weird business idea.

As Immortal Technique once said: "There is a market for everything man... for pet psychologists, sh*t fetish videos, for chocolate covered roaches!"