We're all guilty of it.

Even in a city as jam-packed with architectural gems and cultural meccas as Chicago, when we're wrapped up in the day-to-day hustle it's easy to speed past all that when we're too busy scanning through our Facebook feeds for the fifth time in the same hour.

And that habit is probably not doing us any favors. Thanks largely to our traffic, unemployment rate and overall population density, Chicago ranks among the three most stressed-out cities in the U.S. and that sort of added stress -- especially if it becomes chronic -- has been found to play a role in health problems including asthma, depression, diabetes and even cancer and heart attacks.

So finding opportunities to unplug whenever possible is key.

Luckily, the city is home to a sprawling array of stunning museums, parks, conservatories and other landmarks that surround us with the space we need to recharge.

HuffPost Chicago recently reached out to our readers to learn where you like to go within city limits when a pick-me-up is in order.

Here are our favorite picks, plus a few of our own; all of which are fully accessible to the public. Best of all, most of them are 100% free!

Where in the city do you go to unwind? Let us know below in the comments below.

18 Places In Chicago To Go When You Need To Recharge & Feel Inspired
Where Chicago Goes To Feel Inspired, Recharged 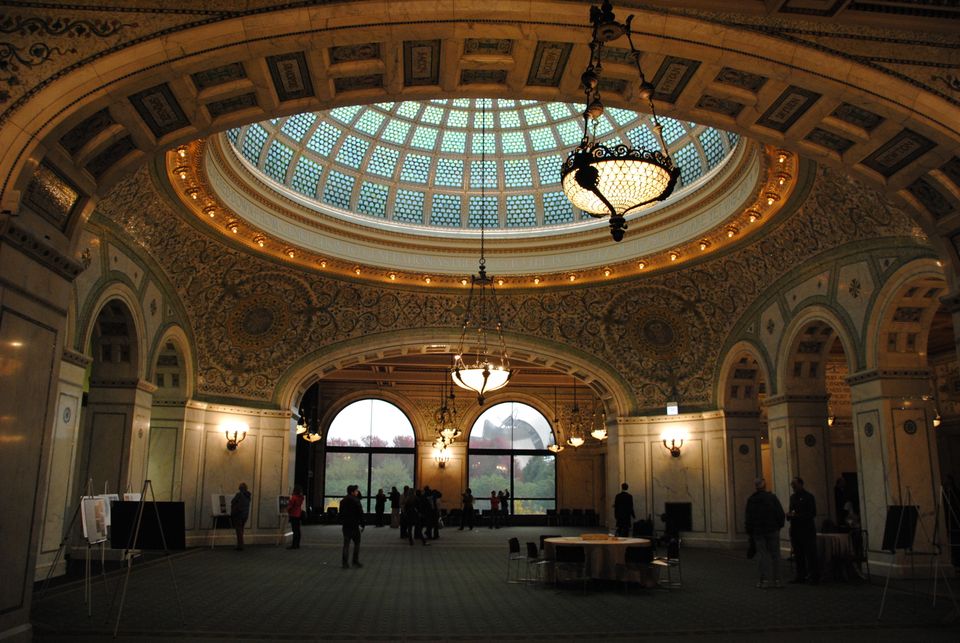 1 / 18
Chicago Cultural Center
<em>78 E. Washington St.</em> <br> The Cultural Center offers <a href="http://www.cityofchicago.org/city/en/depts/dca/supp_info/chicago_culturalcenter.html" target="_blank">free programming year round</a> (including exhibits and a number of special events). We dare you to stand under the Tiffany dome and not feel inspired. Also, be sure to visit <a href="http://www.cityofchicago.org/city/en/depts/dca/supp_info/shift.html" target="_blank">Chicago-based collective Luftwerk's "SHIFT" exhibit</a> through Jan. 5, 2014.
WikiMedia: