Looking kind of grey outside your office window? Longing for a February getaway that marries your love of books with your yearning to travel?

Take a look through the ten spots below--from the Six Gallery in San Francisco to Verona, Italy--all figuring in some way in a piece of great literature, compiled for IndieReader by Andrew Bardin Williams of PlaceingLiterature.com.

Definitive, relevant literature is able to capture the imagination of readers, take them to a place they've never been and enable them to empathize with characters they care about. Think about Charles Dickens' London or Dashiell Hammett's San Francisco. Good authors use place as a character to provide physical and emotional context to their stories.

As a co-founder of PlacingLiterature.com I'm constantly wondering what makes a good literary place. In honor of our relaunch this month, I put together a list of the Top 10 Literary Places in Western Literature (in no particular order). It's impossible and presumptuous to boil the entire Western Lit cannon down to 10 places, but I gave it a try, knowing that there'd be universal disagreement. Make your own list. Map places that are missing on our site (it's free and easy!). Join the Placing Literature community.

The Adventures of Tom Sawyer by Mark Twain

Mark Twain is the quintessential American writer, and nothing conjures up life on the Mississippi River more than the image of the scallywag Tom Sawyer tricking the neighborhood children into white washing his aunt's fence for him. The straw hat, the overalls, the long piece of grass sticking out of his mouth, the white picket fence. You don't get any more Twain than that.

The Hunchback of Notre Dame by Victor Hugo

The disfigured Quasimodo is left for dead on the steps of the famous Parisian cathedral and is raised by the archdeacon who gets him to do his evil bidding. Vilified for his looks despite having a kind heart, Quasimodo is synonymous with Notre Dame's chiming bells, at one point swinging down the ropes to save his beloved Esmeralda from a murderous mob.

Children around the world have a place in their hearts for Mr. and Mrs. Mallard who decide to make a new home among Boston's residents on an island in Boston Public Garden. There they brave speedy bicyclists, snapping turtles, the strange swan boats and a cadre of policemen. Today, a statue stands in the park memorializing the Mallards and their eight ducklings: Jack, Kack, Lack, Mack, Nack, Ouack, Pack and Quack.

No list of literary places could be complete without at least one Dickens' reference, and here is his most vivid location. As the Artful Dodger leads Oliver to Fagin's den in London's Saffron Hill neighborhood, you can see, feel and smell the squalor and filth that line the street--a potent use of place in literature that eventually led to social change for the city's poorest residents.

The Dharma Bums by Jack Kerouac

The reading that sparked the beginning of the Beat movement is memorialized in what many consider Kerouac's best novel. Based on real events, Ray Smith (Kerouac) hypes the crowd by sharing a jug of wine and shouting "Go! Go!" as Alvah Goldbook (Allen Ginsberg) performs his poem Wail (Howl) for the first time at a small art gallery on Fillmore Street in San Francisco.

The Catcher in the Rye by J.D. Salinger

Tourists line up to sit on the exact bench where Holden Caulfield watches his sister ride the carousel while fruitlessly trying to grab the golden ring. Her dogged determination and childish innocence gives him joy but reminds him that his childhood is over and he will never have that feeling again.

Choosing 221B Baker Street would have been the obvious choice but our users are more clever than that. Reichenbach Falls lies on the Via Alpina, a backpacking trail that traverses the Alps, and is the scene of an epic battle between Sherlock Holmes and his nemesis Professor Moriarty. As you crest the hill and catch a glimpse of the falls you can just imagine the two Victorians in hand-to-hand combat in a driving rainstorm, their silhouettes illuminated by periodic flashes of lightning. Sir Arthur Conan Doyle at his best.

Little girls beg their parents to take them on pilgrimages to the Canadian province so they can see where Anne's imagination so often got the best of her. While the farm, Avonlea, the schoolhouse and the Lake of Shining Waters are fictional, Lucy based the book on places she knew well while growing up on PEI.

Romeo and Juliet by William Shakespeare

Most playwrights leave stage setting to the director, but the greatest of them all was a master of creating place as a character. Who can forget the town of Verona in mid-July, hot and the mad blood stirring, the Montagues and Capulets out and about looking for trouble? Immediately, the reader is thrown into a dangerous place, great tragedy just a single misstep away.

Given the state of publishing today--and the fact that this post is appearing on IndieReader--it'd be remiss not to mention at least one location from an independently-published novel.

Written by the high-profile and commercially successful indie author, Hugh Howey's Silo series mainly takes place underground in a post-apocalypse world where humanity clings to survival in the Silo, a subterranean city extending 144 stories beneath the surface. The series jumps through time around the event that triggers man's demise, but is centered at this secret location outside of Atlanta, Georgia. 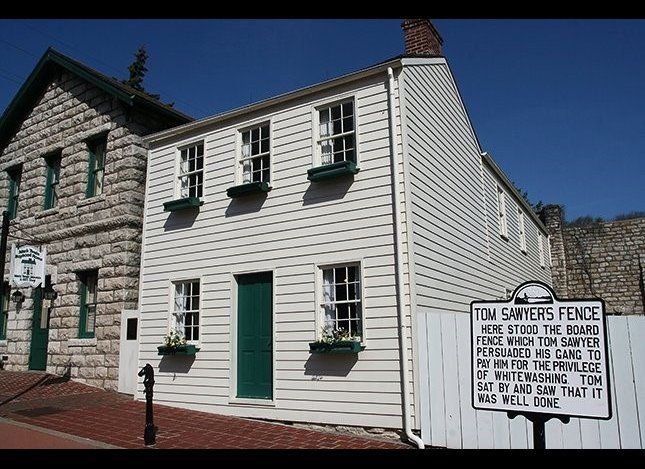