The shadow of a plane flying backward over the French Open Monday understandably caught the attention of spectators, and we think you'll see why.

Can someone explain to me why the plane shadow is going backwards???#FrenchOpen pic.twitter.com/skYtg9YfrN

Had aviation invented a reverse gear for jets in flight? Will airlines finally be able to parallel park in the clouds? Sadly, no. As is the case with most (but not all!) freak occurrences, the prospect of a plane flying backwards proved too good to be true.

It was actually just a model Emirates plane on a wire with a camera attached to provide overhead shots at Roland Garros. And it's been there before. 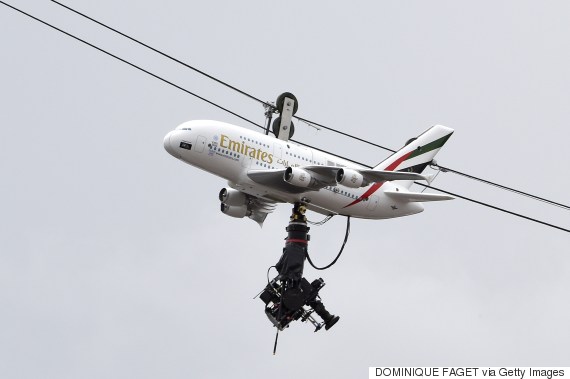 But we much prefer this explanation:

@ZebG1996 A new French invention allows plane to fly backwards. They save gas by not having to turn around !