Planet Fitness has built a brand -- and brought in plenty profits -- by creating a space that doesn't appeal to gym rats. In fact, the company's PR director has even said that Planet Fitness is "not a gym." But the facility's push to keep serious exercisers away is at odds with its "no judgment" policy, Men's Health contributing editor Lou Schuler argued on HuffPost Live.

Schuler outlined Planet Fitness's business model to host Nancy Redd on Monday: The company profits off the fees of members who don't usually exercise and will likely disappear after a few weeks, then simultaneously pushes away "hardcore" fitness devotees who would "actually wear out the equipment." Schuler explained:

Their corporate marketing is based on the idea that you're not going to have some big strong person lifting weights and making you feel bad about yourself. ... And so their strategy is, 'We're going to discriminate against these people [avid exercisers] and then we're going to pretend we're not discriminating against anybody. It's like Fox News, only they say, "Hey, we judge people and then we claim we're a no-judgment zone."

Stories of Planet Fitness's strategies for weeding out bodybuilders are well documented, and the company's spokesperson told Schuler for his story in Men's Health the the gym appeals to people who are "not lunkheads." Planet Fitness even offers members free pizza and bagels, which Schuler called completely counterintuitive to exercise.

Still, it's a business model that has succeeded for Planet Fitness, and it will continue to thrive especially during the first months of the year, when New Year's resolutions push fitness novices to sign up.

"It's clearly working for them. They're making money. Judge that how you will," Schuler said. 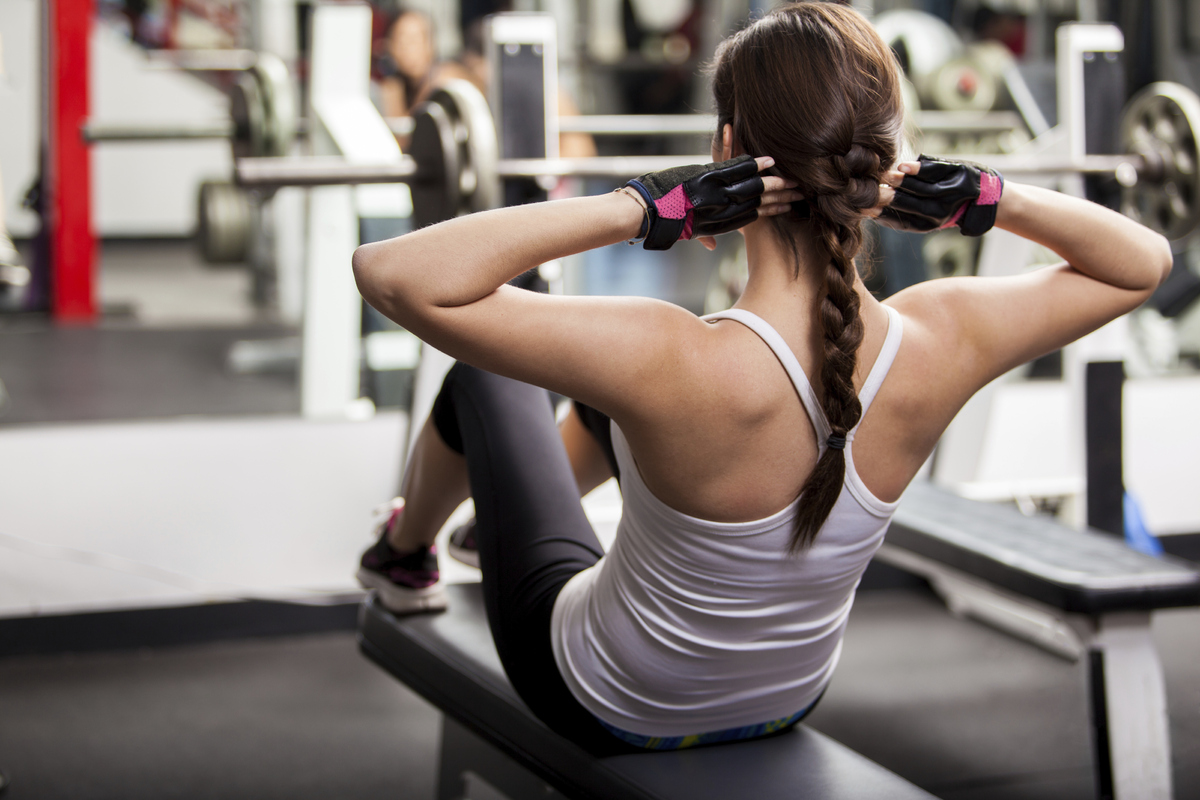 1 / 7
Crunches
"Here's why crunches don't really work that well and are actually dangerous: Imagine your spine is a credit card. In the same way that repeatedly flexing and extending a credit card will eventually lead to wearing out of the card, repeatedly performing the crunching motion can put a lifetime of damaging strain on your back. <br><br> You've probably been taught that if you're going to pick a heavy object off the ground and you don't want to hurt your spine, you should bend at the knees and not at the back. But anytime you do a crunch or a sit-up, you're bending at the back -- over and over and over again!"<br><br> --<em><a href="http://www.bengreenfieldfitness.com" target="_blank">Ben Greenfield</a>, certified strength and conditioning coach and sports nutritionist, and HuffPost blogger</em>
Antonio_Diaz via Getty Images