Astronomers say they've captured the most detailed image yet of planet formation around a young, sun-like star -- and it's pretty spectacular. 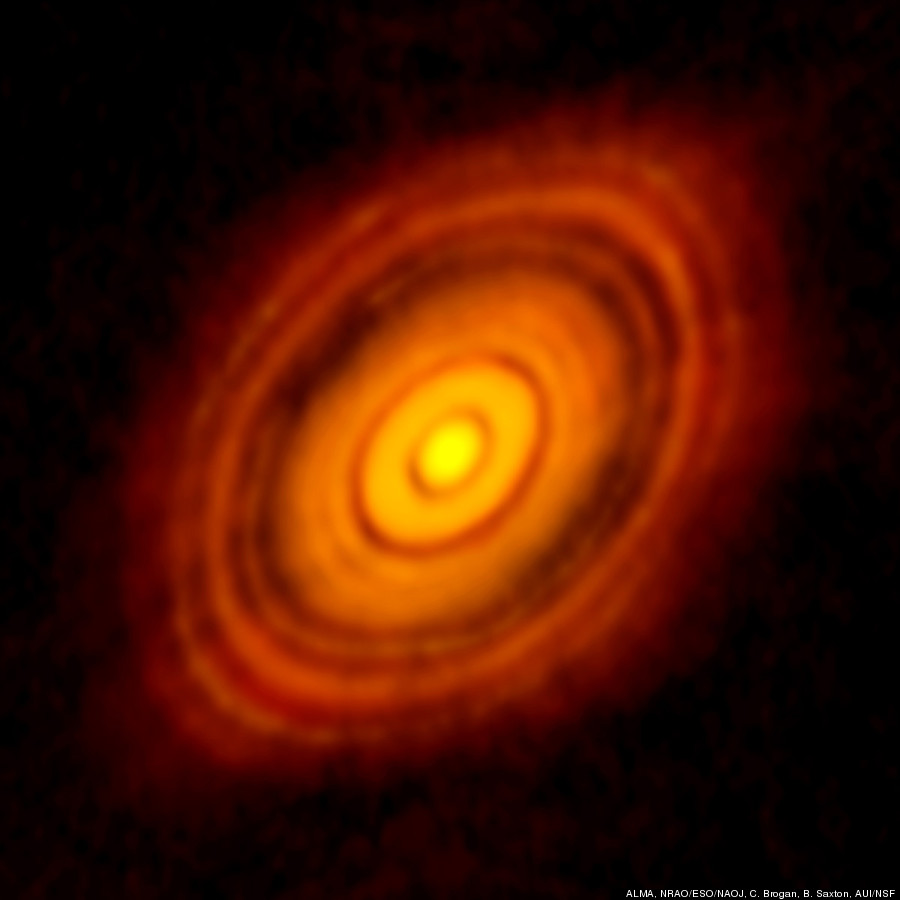 HL Tau and its protoplanetary disk, as seen by the ALMA telescope in Chile. This best image of planet formation reveals multiple rings and gaps that herald the presence of emerging planets as they sweep their orbits clear of dust and gas.

"This is truly one of the most remarkable images ever seen at these wavelengths," Dr. Crystal Brogan, an astronomer at the National Radio Astronomy Observatory (NRAO) in Charlottesville, Virginia, said in a written statement. "The level of detail is so exquisite that it's even more impressive than many optical images."

Scientists believe the image--captured by the Atacama Large Millimeter/submillimeter Array (ALMA) telescope in Chile--will expand our understanding of how planets form throughout the universe, and how our own solar system came to be.

The image features the star HL Tau, which is located approximately 450 light-years from Earth. The star is surrounded by a protoplanetary disk made of gas and dust. The gaps in the disk indicate that emerging planets orbit around the star, clearing dust from their path as they go.

"These features are almost certainly the result of young planet-like bodies that are being formed in the disk," ALMA Deputy Director Dr. Stuartt Corder said in the statement. "This is surprising since HL Tau is no more than a million years old and such young stars are not expected to have large planetary bodies capable of producing the structures we see in this image."

See an artist's animation below to learn more about planet formation.