I have a man living in the house for the first time in 14 years. He laughs with me, tickles my toes, and likes my cleavage. I buy him books and music and T-shirts and we sing made-up songs together. I call him Lovey. It's the first nickname that came out of my mouth.

He is my grandson. That makes me a grandma.

I have no idea what he will call me. At 6-months-old, he crawls but is not yet speaking real words. He will soon, and I can't wait. 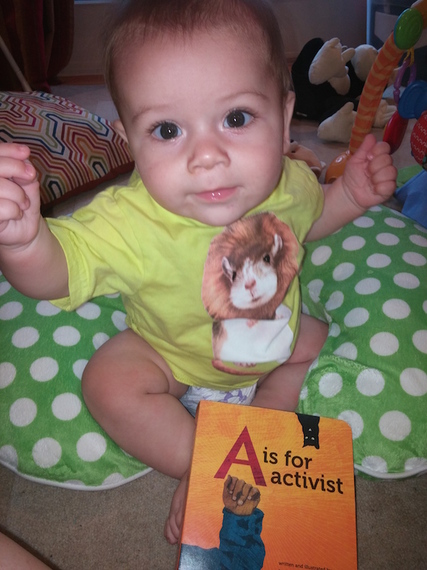 It wasn't supposed to be this way.

My daughter was 17-years-old and a junior in high school when she dropped the bomb she was pregnant. I knew she would have the baby. She is a natural with children. A certified babysitter with formal leadership training. A singer and songwriter with her eye on a career in social work. A soccer goalie. Wise beyond her years. A much more empathetic person than I will ever be. An old soul, but still a child.

My child was having a child.

I questioned my letting her overindulge in the Twilight series and binge-watch "The Gilmore Girls." This was supposed to be the countdown to her launch and my empty nest years. She'd be away at college, growing into the woman she was meant to become, and I'd be free to pursue my own dreams, make time for a relationship, travel, start a business, join the Peace Corps or just work allthe time if that's what I chose to do.

A week later I read an article about why teenagers should use an IUD. They forget to take the Pill. I never did. But she is not me. She was starting a baby registry, tracking every step with her Baby Center app and enthusing on Instagram with the hashtag #teenmom. I, meanwhile, was embarrassed to be the mom of a daughter who would find herself pregnant in this day and age.

I looked inward at the times I had subconsciously judged the teenagers at our church who became pregnant and never seemed to stop reproducing. Now my daughter was one of them  -- a pregnant teen. My child and grandchild would be hostage to the government  --  on Medicaid and WIC.

How was I to support her authentically while every cell in my being screamed "Stop this!"

The first time I spoke of the situation out loud in casual conversation was while waiting my turn to appeal a property tax assessment. I ran into a neighbor in the county courthouse, a sound engineer who had recorded my daughter's first CD. He asked about her, was she ready to cut her next recording, and it all came out  --  my big, fat messy life.

"Wow, you have your hands full," he said, then referred me to his real estate friend because I was thinking of selling my house. We both lost our tax appeals, but he gave me the courage to keep talking about it out loud.

This wasn't going away.

My own gynecologist, the man who had delivered my daughter, shared his deepest fears that his daughters (both in their 20s) would get pregnant while still in college. He said he thought about what he would do if it were to happen. Would there be a way to make the pregnancies go away without anyone knowing?

This was crazytalk but at least I felt validated.

In my professional world, I found it impossible to keep it a secret. Reaction split into several camps: One woman was so horrified she gasped out loud and said my daughter was destined to a life in poverty. This is someone who had no children, who didn't understand that some things go beyond a parent's control. (Another woman would later remind me, there are much worse things than a baby at the age of 17.)

Others rallied with support. One hugged me and focused on the joy of a baby. Another told me his mom was a teenager when he was born. More than one told me of similar situations they knew of where the grandchildren went on to great things and the grandparents became their biggest champions.

Still I knew how hard it was to be a single mom even after building a professional foundation. What kind of life was my daughter setting herself up for?

While networking to find a new job I had a crisis of confidence  --  how in the world could I commit to something when a newborn baby would soon be living in my house? I cried when receiving an email in reply from my contact who confided she, too, had a baby at a very young age and it made her who she is today.

Two months to D-Day I exploded in a showdown with the other grandma-to-be about out-of-town pre-natal birthing classes. We were standing in  --  of all places  --  the walk-in closet where I was sorting things to throw out and things to take with us to our new apartment.

I was to be bound to this woman and this family forever. Her son still had the opportunity to play on the wrestling team while my daughter postponed her driving test because of the size of her belly and the crippling pain of sciatica. The classes ran for the duration of the pregnancy.

I realized the issue was really this: There were still many things I wanted to share with my daughter. But once she had this baby, that would become impossible. I felt I had already lost her.

When the baby came, he was healthy, hale and happy. It's like he knew he'd better be. The fragility of the system we had put together to make this all work depended on a baby who'd be ready to go to Head Start at 2 months and allow his mom to get back to high school.

While the naysayers thought she should stay home-schooled through June or go for a GED, my daughter wanted to get back to the classroom and was determined to graduate on time and on stage with her class.

That's what she did. Lovey was there to witness. As he was meant to be. 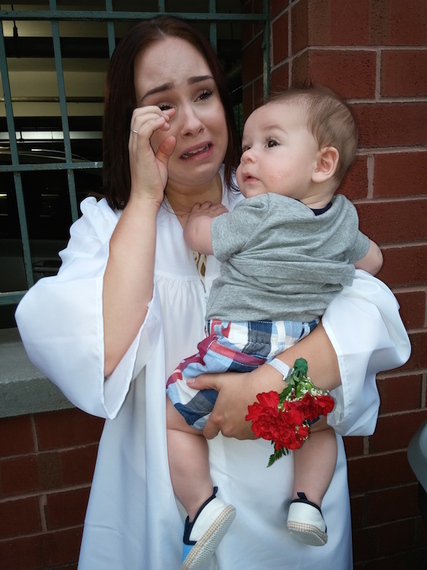 This essay originally appeared on MidcenturyModern 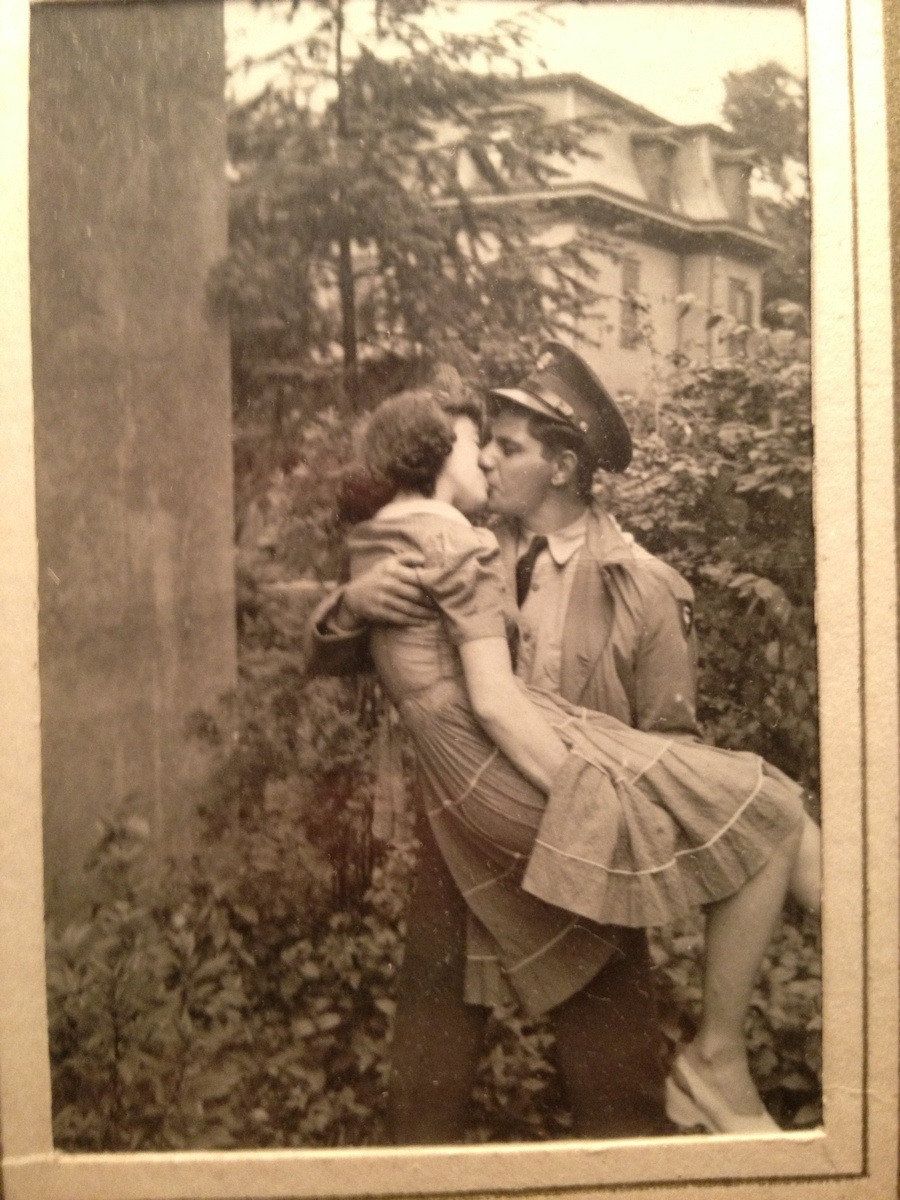