For many, Planned Parenthood is synonymous with one thing: legal abortion. But nationally, abortion makes up only 3 percent of the services the health care provider performs -- and clinical services represent only a portion of the organization's overall work.

"Most people don't have any clue about the breadth of work we do," says Joan Malin, president and CEO of Planned Parenthood New York City, or PPNYC, which has four health centers -- one in Manhattan, Brooklyn, the Bronx, and Staten Island, with one opening in Queens next year. In 2013, for example, PPNYC provided roughly 88,000 tests for sexually transmitted infections; 26,800 HIV tests; 64,200 family planning visits; 17,800 abortions; and set up some 6,300 clients with public health insurance, according to internal figures. PPNYC opened its doors to The Huffington Post, and its staff members gave us a glimpse of what happens in their offices on a given day, in their own words: 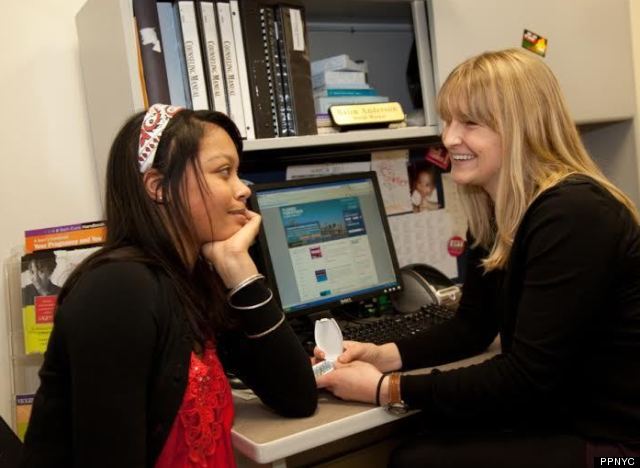 I work primarily in abortion services, which is a small part of what we do, but it's an important part. The fact that we're based in New York City means we're able to operate without a lot of restrictions -- when a patient comes in, if she wants a same-day procedure, we can offer her that. We're not burdened by issues like waiting periods, or some of the other onerous legislation that occurs in the rest of the country. I always feel like it's important to emphasize how much easier I, as a physician, have it here. I have colleagues who work in areas that require they read information to their patients that they know to be medically untrue -- that [abortion] will cause breast cancer, it will cause depression, increased risk of suicide or possible infertility. Those things are all false.

We have patients from a lot of surrounding areas. The other day I saw a patient and asked her how she was feeling. She said she was very tired. She'd driven from a very rural area in northern New York -- five hours throughout the night -- to get to us.

Outside of the building we do have protestors, but luckily not as bad as other places. Across from our Bronx Center, there is a crisis pregnancy center and we unfortunately have patients who think that's the Planned Parenthood, because they see a sign that says, "Are you pregnant? Come in here!" They're often told they'll be very badly injured, that it will lead to infertility ... [or that] they'll become suicidal. It really makes you understand how much a woman who has decided to terminate a pregnancy is willing to sacrifice, because having heard all of that false information, she'll still come and find us.

"A lot of my job is just reassuring women that abortion is actually one of the safest medical procedures that exists out there."

When patients come in, we have counselors who revisit all of the options with them: adoption, parenthood or abortion. Based on that conversation, and what's most medically appropriate for them, a patient who wants an abortion will choose between either a medication or a surgical procedure. Just over 30 percent of our abortions at this affiliate are medication.

The [surgical] procedures themselves are very quick -- patients are able to leave within a few hours to give time for the anesthesia [to wear off]. Most of the general counseling here is done before I see a patient, but I still spend five to 10 minutes answering any last-minute questions they have. A lot of my job is just reassuring women that abortion is actually one of the safest medical procedures that exists out there.

I'm out and open as an abortion provider, but I have colleagues [elsewhere in the country] who've been asked to leave their jobs, who've had protestors who show up to their houses, so they fear for their children's lives. I feel privileged to work in New York City and for an organization that supports me. I've worked in hospitals before where women with severe lethal fetal anomalies, who were heartbroken, weren't ever given the option of abortion. They were told they had to continue an obviously devastating pregnancy that was not going to result in a healthy child in any way.

They help women get health insurance.

Basically anybody that walks into any of our centers who is having financial issues gets sent to us. If someone is told their visit is $175 and the person says, "I don't have that," we screen them for programs that can help. We ask how old they are, if they're a [United States] citizen, and then it's a financially based application depending on what their income is. We also can apply people for health insurance through the portal for the Affordable Care Act. A lot of the women who come here qualify for some kind of Medicaid-based program.

"This is not just a numbers game. There are emotions involved in this."

You could be in the office for 10 minutes, or up to an hour -- it really depends on the person. Some people are a little afraid, because it might be their first time ever applying for Medicaid. They wonder, 'Is this going to stay on my record?' There can be a stigma attached to it for some people. Often times, when people are concerned, it's because they don't really understand what it is, or they've been to an office in the past where people didn't treat them like a human being for applying for such a service. If you've never had health insurance before, you may not understand what monthly premiums mean, what a deductible is -- we go through step by step.

Anyone who comes here will get services no matter what -- their immigration status does not matter. If it's not Medicaid they qualify for, there are other programs or we offer a sliding scale depending on income. On an average day, I could see anywhere from five to 23, 24 patients.

But this is not just a numbers game. There are emotions involved in this. People are so relieved. They just had no idea they could get health insurance, and then they can go to the dentist two days later, because of that.

They serve at-risk men and women on the street. 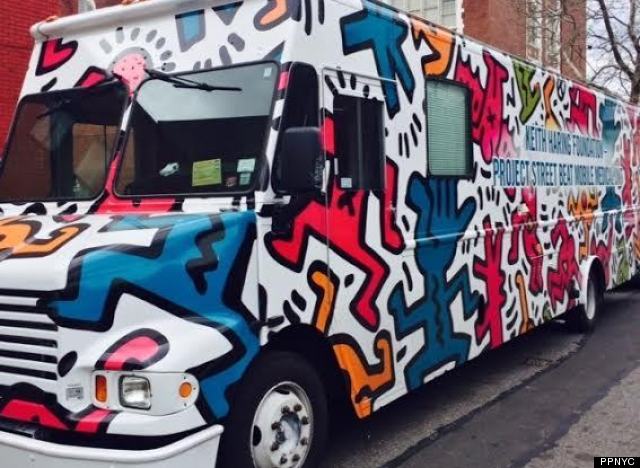 We have two sites -- one in the Bronx, one in Brooklyn -- and our mobile health unit, which is a large RV. The people who come to us are not typically comfortable going into a clinic or hospital. They're not always welcome. They may not smell their best. They may not look their best. They're in a hard spot. Our staff is there to look at them as human beings. I would say that 60 to 75 percent of the people we work with -- particularly at the point of initial contact -- are unstably housed, which may mean they're living on the street, they're couch-surfing or floor-surfing. They're finding a place to crash night by night.

On the mobile unit -- which goes out five to six shifts a week -- you can get STI screening and treatment; we distribute clean syringes and teach people how to clean them and use them properly; we provide reproductive health services. We can be out in the South Bronx at two in the morning giving a Pap smear to someone.

The work we do is grant-funded, from the city, state and federal government as well as private grant funds, which keeps our services at no-cost to the people who receive them. The people we work with really are living in poverty -- [some of our funding requires they be] 435 percent below the poverty level. They have no money to pay for these services.

We also have more in-depth collaborations with a handful of organizations -- shelters, a methadone maintenance clinic that provides medication to people who have an opiate addiction. There's a women's shelter in Brooklyn, for example, that we've had a relationship with for the past four or five years. We started by showing up with our mobile medical unit, but then we started doing things like trainings with staff around STI and HIV training 101. We work with groups of women to talk about risk reduction, encouraging safer sex -- if they're HIV-positive, viral supression. If they're using substances, how are they using those substances? Are they using needles? Are they clean needles? We really look to have a realistic plan for people. You can, as an outsider, say, "Well, you should do XYZ. If you drink, you shouldn't drink. You do crack? You should stop." But that might not be their goal. If they are drinking five times a week, and they say, "I still want to drink," it might be about helping them make a plan around drinking two times a week.

They teach adults about sex and reproductive health.

Our education department has two branches: youth services and adult and professional programs. Within that, we have programs for adults that are just for their own learning, programs for parents and then programs for professionals working out in the community, who maybe don't work in sexual and reproductive health, but who are getting questions about it -- say librarians, or after-school providers.

"We really want to support parents as the primary sex educators of their children."

More than half of our team is made up of field-based educators. We have a program, called promotoras de salud, that trains key leaders in the community to become adult peer educators as part-time staff. They go out to laundromats, hair salons, community-based organizations to meet people and connect with them. It's focused largely on serving Latina women and their families, who are often disconnected from the health care system for a lot of reasons. They may not know what's available. These services may not be legal in the country they're coming from. They may not know that they can be seen even if they don't know how they're going to pay for the services. The promotoras serve as a link.

We also have the parent education program. We really want to support parents as the primary sex educators of their children, but we know it's hard for parents and caregivers for a lot of reasons -- maybe they never talked to their own parents about it, or they don't know how to start the conversation. Now we have 10 of what we call "adult role models" -- they're part-time -- who conduct workshops in schools, faith-based organizations, community organizations. A lot of it is about encouraging parents to really genuinely listen to their child about what they know and the questions they have, then share the family value around whatever they're talking about. Young people consistently say that the group that most influences their decisions around sex and reproductive health are their parents.

These accounts have been edited and condensed.