Earth's plant life may soak up more carbon dioxide from the atmosphere than previously thought, according to a new study. And since CO2 emissions from burned fossil fuels are also the main driver of man-made climate change, that raises an obvious question: Are trees saving the world from us?

It's widely known that plants need CO2 for photosynthesis, but the study's authors say current computer models of Earth's climate underestimate how much CO2 is absorbed by vegetation overall. That's because most climate models don't factor in the way CO2 diffuses inside a leaf's mesophyll tissue, causing the models to misjudge plants' global CO2 intake by as much as 16 percent.

More photosynthesis is good, but can a 16 percent discrepancy slow down climate change? Some news coverage and commentary has suggested it might, raising the possibility trees and other land plants could buy us more time to curb greenhouse gas emissions. Yet several prominent scientists — including a co-author of the new study — tell MNN such interpretations are mostly hot air.

"No, it would not reduce the urgency of reducing emissions," says Lianhong Gu, an environmental scientist at Oak Ridge National Laboratory who helped produce the study. "The climate change associated with fossil fuel use is much bigger than the response of plants to CO2."

The study isn't meant to make climate forecasts, he adds — that's what models are for. The goal is to refine those models, which often need time to incorporate new research. "Models are representations of our understanding of how the Earth system works," Gu says. "Our understanding is a collection of knowledge about physical, chemical, biological processes. There is sometimes a delay between learning how these fundamental processes operate and how they are represented in the models." 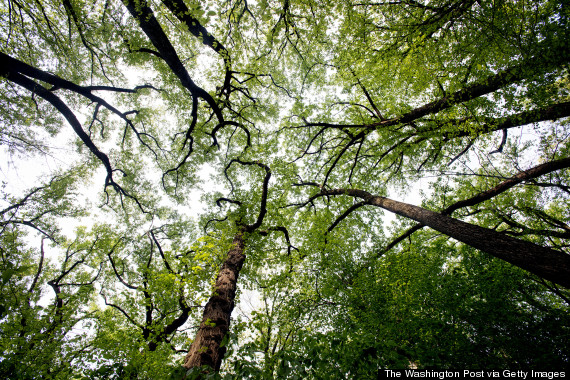 It's premature to guess how this might affect the speed of climate change, Gu adds, but trees can't bail us out forever. "If we consider this factor, the expected climate change might be delayed for some time, although I cannot say by how much because this is not something we have investigated yet," he says. "But sooner or later, what we expect to happen will happen. It's just a matter of time."

While the study does reveal an omission in many models, some climate experts question its global significance. CO2 isn't the only factor in plant growth, for instance — water and nutrient limitations play a role, too, potentially offsetting the benefits of CO2. Heat can also force forests to relocate instead of expanding, sometimes ceding territory to grasslands that are slower to store carbon. And even when more CO2 does boost growth, the absorbed carbon returns to the air when the extra biomass dies.

"This is a highly oversold paper," Martin Heimann, director of biogeochemical systems research at Germany's Max Planck Institute for Biogeochemistry, writes via email. "The authors have identified a step in the photosynthesis process chain of land plants which has not been explicitly represented in current climate model formulations. Including this process increases the uptake capacity of the land biosphere for excess CO2 — according to the study by about 16%. However, for the atmospheric CO2 and the climate only the net (land and ocean) uptake matters. If the land uptake is increased by a certain fraction, also the land carbon release through respiration (the decay of dead biomass) will increase."

This step isn't in most climate models, he says, because such large-scale modeling requires some generalization. "The models do not describe each individual plant, but just a generic plant representative for a gridbox of perhaps 50 by 50 km. How this generic plant is operating is represented by a formula that is based on theoretical understanding of how photosynthesis works, but is very much simplified." 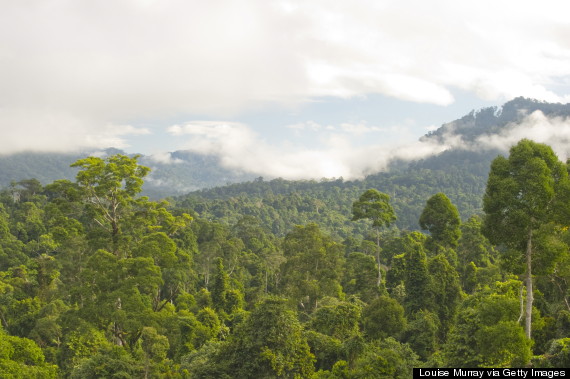 Earth would need to at least double its land vegetation to keep up with CO2 emissions, researchers say.

Other researchers agree the study's implications are likely minimal. "I like this paper, but I do have some reservations about the claims for significance of this one factor on the performance of Earth System Models," says Stanford University ecologist Joe Berry. "The model I have been associated with has included a mesophyll conductance parameterization for about 10 years — so it isn't totally new."

With or without mesophyll minutiae, no climate model can predict exactly what humans will do, points out Heidelberg University environmental physicist Werner Aeschbach-Hertig. But while the United Nations' Intergovernmental Panel on Climate Change (IPCC) outlines a range of possible emissions scenarios for our future CO2 output, even the more optimistic outlooks are too bad for plants alone to fix.

"An exact prediction of how fast CO2 will increase is not possible anyway — but mainly because we do not know how the emissions evolve, not because of uncertainties in the carbon cycle," Aeschbach-Hertig writes. "Basically all [scenarios] lead to problematic warming, and we have been following a rather high pathway in recent years. Thus, even if increased CO2 uptake by plants may help us a little to dampen the increase, as long as we emit ever more CO2 there will be a fast increase in the atmosphere."

Regardless of how much CO2 they soak up, Gu says, wild plants are a key ally in our quest to make civilization sustainable. Rather than just expecting them to protect us, we should focus on protecting them — not just because they might soften the blow of climate change, but also because plants offer many other "ecosystem services" that benefit humanity. Beyond absorbing CO2, for example, plants can release atmosphere-cooling aerosols, clean up toxic fumes and produce life-saving medicines.

"I really hope people can appreciate how much nature has been doing for us," Gu says. "Nature is trying to mitigate the consequences of our actions. We should appreciate that and protect plants. There are so many plant species that are doing a service to mankind, yet we have not been studying them. We don't even know how they are doing in the natural environment. If they go extinct, we would miss a lot of knowledge that could have been gained. We need to protect plants and protect nature."

So, How Much Are Plants Helping Us Fight Climate Change?
Awesome Animal Photos