Among gardeners, there is a dark joke about which plants make the best gifts for pesky neighbors and annoying acquaintances. Although I've yet to play this game, I've been tempted. Topping the gift list are plants with a run-away metabolism, affectionately known as "the flowers of discontent."

They are as seemingly innocuous as a morning glory, as humble as mint, as stately as gooseneck strife or as exotic as the Asian chameleon plant. The gift, like the Trojan horse, is appealing before it rolls right over its host.

Taking a pot of 'Heavenly Blue' or Scarlett O'Hara' morning glories to a hostess whose party you were forced to attend seems innocent enough. But each gorgeous blue or red flower blooms for only a day before it literally goes to seed. Since the blooms keep coming, flowering in greater numbers each week, so go the numbers of seeds. 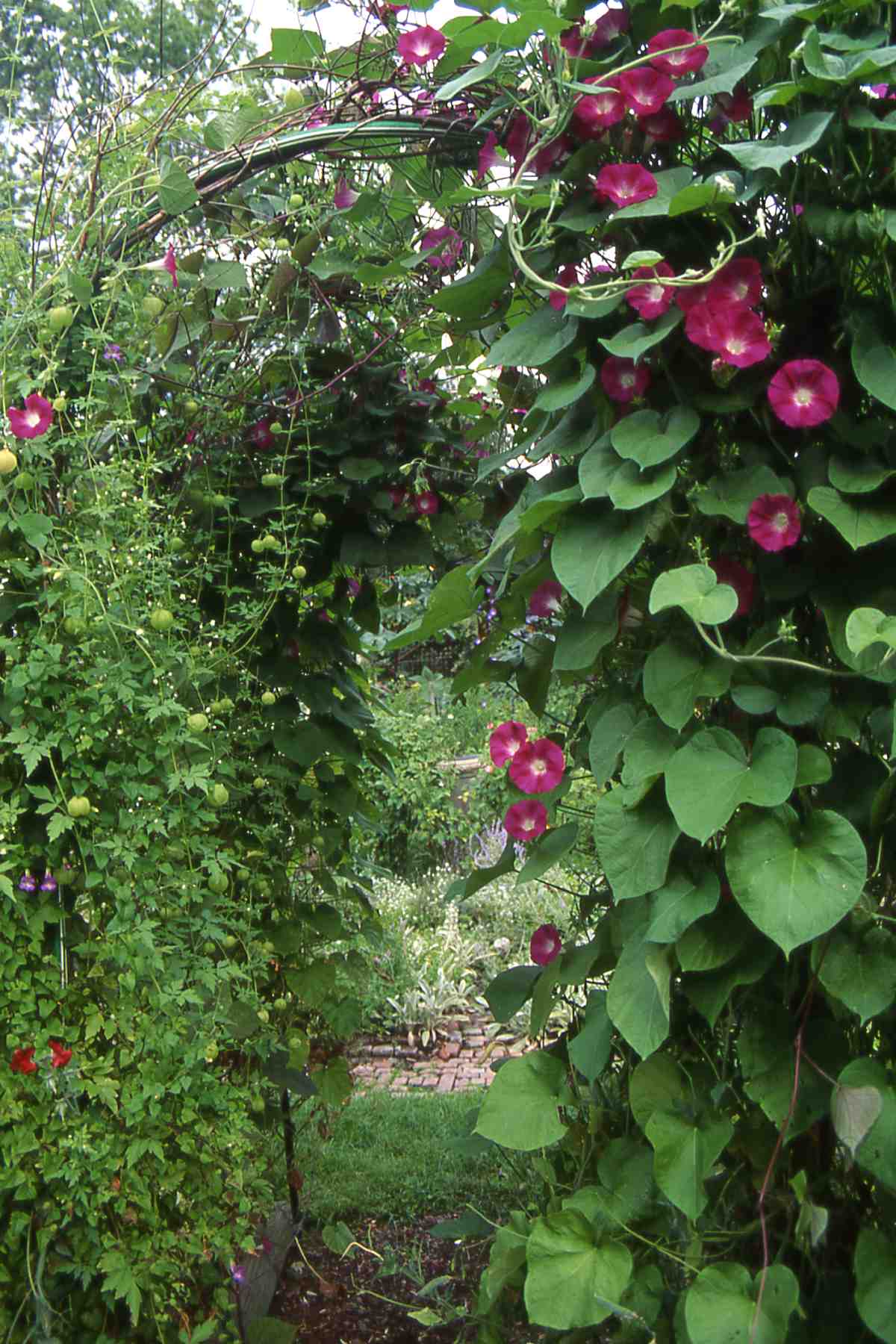 The hostess, captivated by the quick-growing vine and the beauty of the flowers, won't notice the seedlings accumulating at its feet. Heavenly Blue, the most popular hybrid, drops hundreds of seeds over the course of its three to four months of bloom. Miraculously, they all appear to sprout everywhere they land in the garden, between paving stones, in cracks, in gravel, in clay and in sand.

It's impossible to weed out the entire population with one swipe. The seeds keep coming all summer and fall until frost steps in. Then, any seed that hasn't germinated waits patiently until spring to sprout.

Morning glories might be welcome if the seeds carried the beauty of their hybrid parent, but they don't. They revert back to a species with smaller pink or deep purple flowers. And here's the rub: the seedlings, sneaky devils that they are, crawl along the ground, camouflaged against the shorter perennials as they encircle a stem, then reach out with corkscrew tendrils, grabbing another and another until the flowers are tightly knitted together. The vine climbs higher and higher, reaching for the sun that so it can bloom. Then it blooms and soon spews more seeds.

Consider a gift of mint, a humble herb that provides a refreshing addition to iced tea and forms the backbone of mint juleps. There are dozens to choose from peppermint, spearmint, pineapple mint, apple mint, ginger mint and more.

But there's a dark side to mint. Once planted, there is no halting its spread. Its roots run like an underground express, making regular stops every few inches to send up new shoots. Even if it's plucked daily, it advances. The variegated golden mint, running along our shallow stream, dived in and swam to the other side, whipping all other plants out of its way.
Gooseneck strife, on the other hand, makes an elegant present, a quiet beauty with a gracefully arching head covered in white, starry flowers. When the sun sets, they glow softly in the reflected light.

Such looks are deceiving. This beauty's scarlet roots are the devil to dislodge. They run in all directions, sometimes several feet, before giving rise to another angelic-looking plant. If the soil is moist and loamy, it is possible to apply slow, gentle pressure and pull out a foot or two of root at a time. If the soil is dry and crusted, a bulldozer is best.

Luckily, the red runners are easy to spot at the base of each shoot when they come up for air in the spring. It is a warning signal of an impending invasion.

Hands down, the best plant for ending a friendship is the chameleon plant, Houttuynia cordata. Hyped in unscrupulous catalogs as a colorful and fragrant groundcover to prevent erosion, it will do that and more. The green heart-shaped foliage, splotched with purple, pink and red, weaves a handsome, dense carpet in sun and shade. 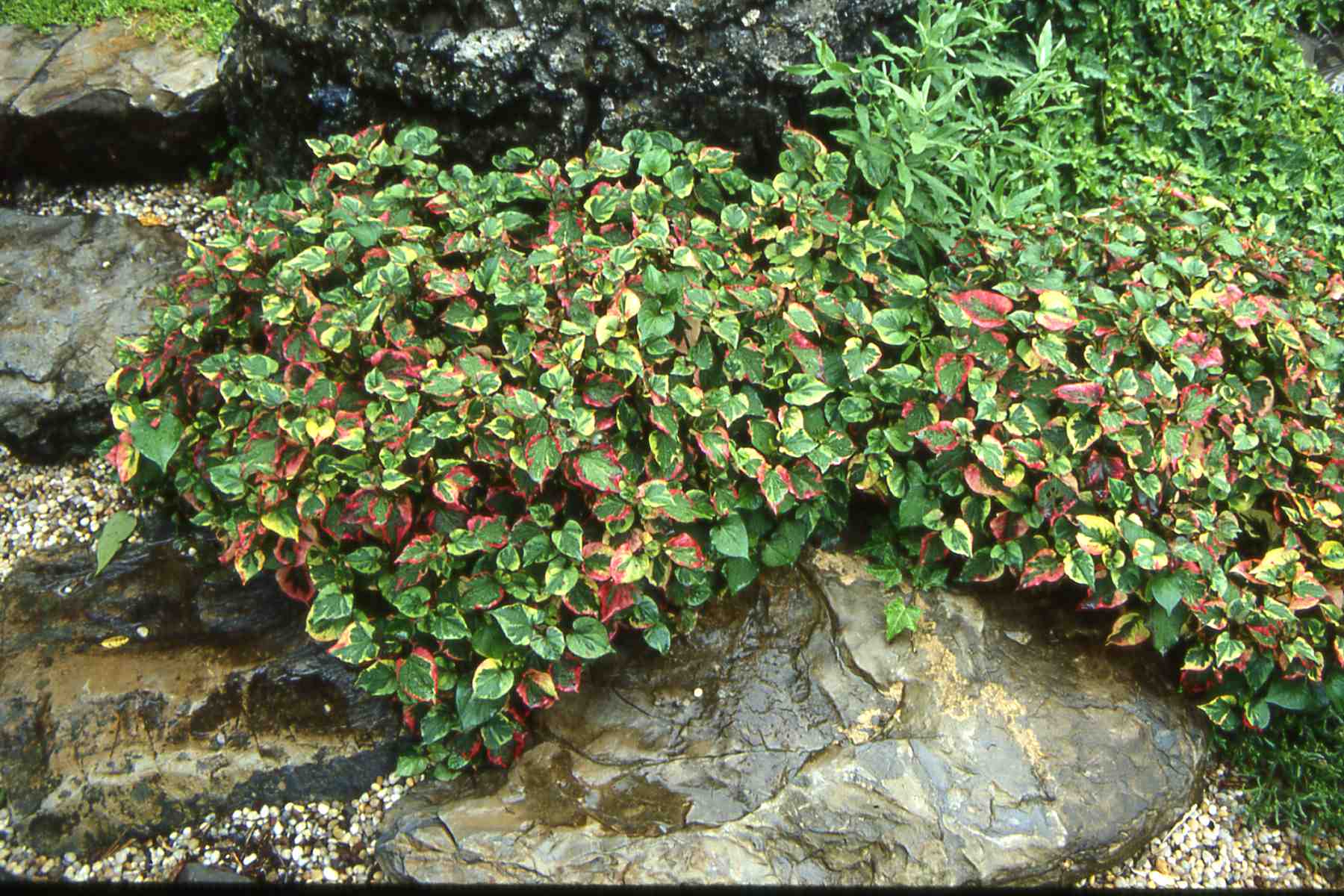 It looks harmless enough, especially in May and June when its small white flowers appear. But pick a flower or tear off a leaf, and the stench that rises to your nose will quickly change your mind. Reminiscent of rotting hamburger, it is not easily forgotten. A friend's husband gave her a few chameleon plants for Mother's Day, and she liked them well enough before they ran across her garden, strangling the other blooms. When she pulled them up, they blasted her, like a skunk, with their scent. So she donned a hospital mask, and redoubling her determination (and her digging), defeated them all.

Then again, a hapless hostess might leave the gift plant in its pot, where it will bloom without wreaking havoc. Or if the recipient isn't a gardener, your gift might well turn a bare yard into a meadow. But if you live next door, it could come back to haunt you.