Ryan Marquis graduated from high school and enrolled in college but never actually made it to classes because he was too busy launching his first E-commerce company. Flash forward several years and 3 successful companies later, Marquis is embarking on his most ambitious endeavor ever.

In 2011 after buying a pair of sneakers, then a fruit smoothie and noticing a Google Wallet icon on the cash register, Marquis asked the cashier how many people actually paid with their phones. The cashier responded that so far 2-3 people per month were using it...

Immediately the lightbulb went on in Ryan's mind that there was a significant shift happening in the market from a physical credit card to digital payments. His mind went wild as he dreamed about what the future of digital payments could look like and within a short time after he launched Plastc. 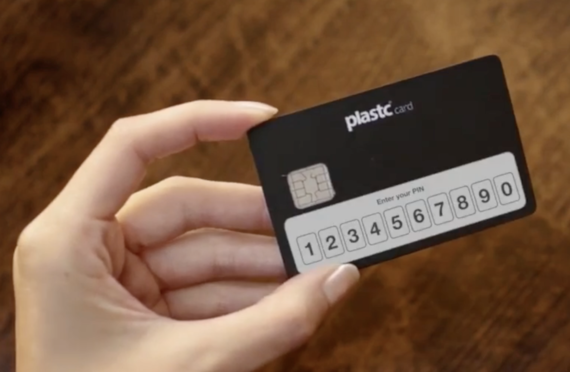 According to Marquis, the Plastc Card device is the most intelligently designed, full-featured, and secure payment device on the market. In conjunction with the Plastc Wallet app, the Plastc Card can store credit, debit, gift, loyalty, membership, and even key cards on a single device. Each Plastc Card is equipped with a secure PIN lock, proximity alerts, and a unique 'Return Me' mode, making it more secure than both traditional credit cards and other payment technologies.

Here are a few lessons I learned Behind the Brand from serial entrepreneur Ryan Marquis about launching a successful tech start up:

Does this digital credit card thing sound familiar? That's because you're probably thinking about a similar card called Coin that launched in 2013. Coin promised to store your credit cards and be your one-stop digital pay solution.

The bad news is that Coin has had trouble delivering on their promises and moved shipping dates several times. This is something that obviously made pre-order customers pretty upset--and something the Plastc team wanted to avoid at all costs.

Despite the advantage of learning from the mistakes of first-mover's, the Plastc team still came out of the gate hard with plans to load the Plastc card with all of functionality and security features they could dream up.

But a few years into development and manufacturing proved that less was more. Marquis and team chose to wait on a few of the extra bells and whistles that could be added later via a firmware update to get the product into the hands of consumers sooner. They refocused on the most vital components and features as well as 100% usability and the tightest security.

2. Self-Starter campaign instead of Kickstarter

Marquis and team knew they needed funding and help to financially back their ambitious plans. They explored the crowdfunding options but instead opted for a self-starter campaign.

The Plastc team invested time and money to develop their website to communicate their message and with Ryan's past E-commerce experience prepared it for potential massive pre-order transactions.

Over a 3-month period and with the help of a PR firm they conducted a comprehensive embargoed media tour in key cities with all the right journalists who would help tell their unique story.

When Plastc approved the release of the stories their website was flooded with pre-orders from eager consumers. Despite their best efforts the stampede still crashed their site. With things back up and running quickly, Plastc banked over $5 million within the first 7 days.

In the beginning Marquis and team held information and progress, both positive and negative, pretty close to the vest because so much of what they were doing was proprietary. But Marquis learned that communicating openly with his consumers more often with the good and bad, resulted in earned trust and support.

What did I leave out? Do you have a start up? Tweet me @BryanElliott or leave a comment with an important lesson you've learned while in the struggle. Keep moving forward friends!