Ok yes, unhinged neighbor kid from American Beauty: plastic bags can be beautiful. But mostly, they're not, and everyone knows it. Following the lead of developing countries like China and India, more than 100 U.S. cities and counties now carry anti-plastic-bag legislation (including, as of this year, Los Angeles and New York City), and that's still a small bulwark against a staggering rate of use. By recent estimates, Americans fly through 102 billion plastic bags a year, enough to circle the equator 1,330 times if laid end to end, according to prognosticators.

Because the ultrathin bags are made from oil -- 12 million barrels of it a year, to support U.S. consumption alone -- usage is a two-edged sword. In Bag It, the 2010 documentary responsible for publicizing the above statistics, from the United States International Trade Commission, narrator Jeb Berrier states the cause plainly: "Why would you make something that you're going to use for a few minutes out of a material that's basically going to last forever, and you're just going to throw it away. What's up with that?" 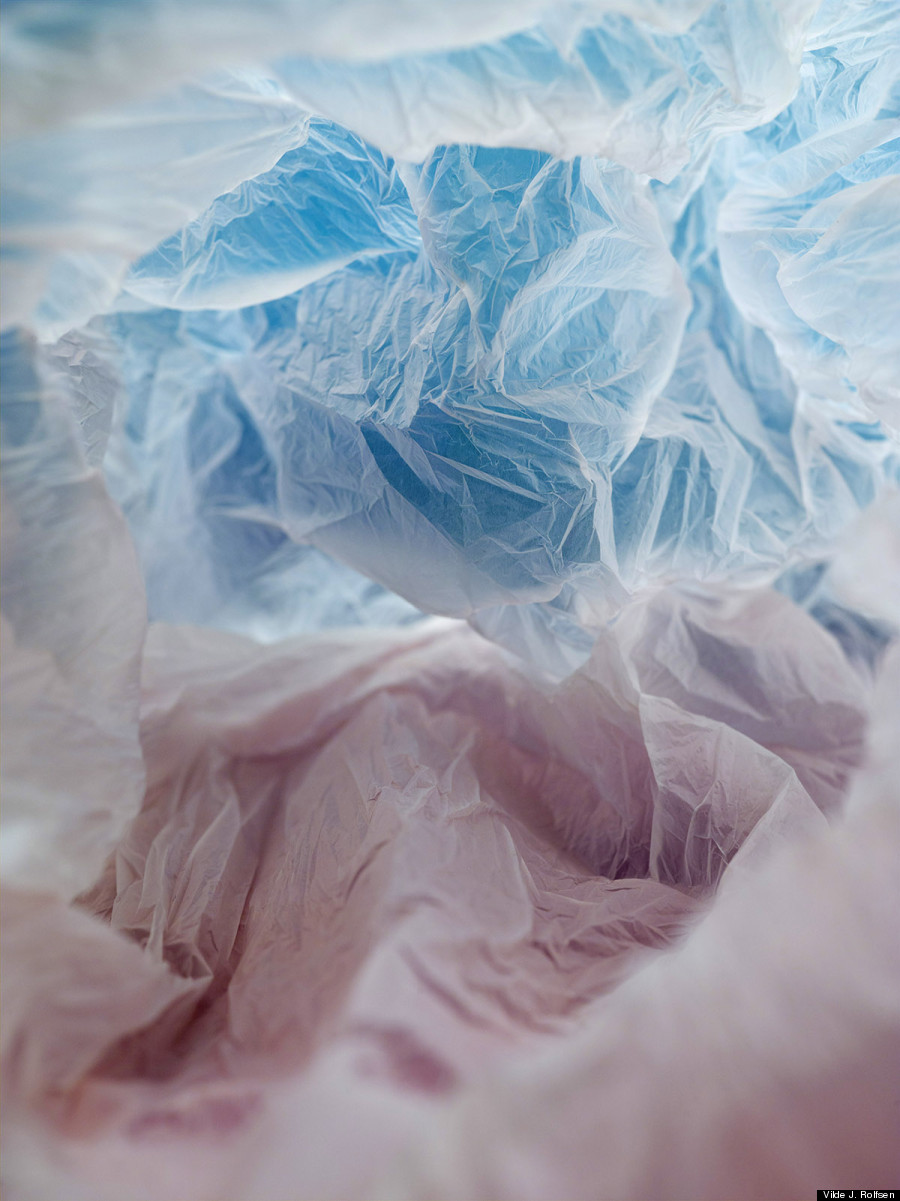 That contradiction anchors an unusual "landscape" series by London-based photographer Vilde J. Rolfsen. Using light and colored cardboard backgrounds, Rolfsen creates "a landscape within the plastic bag," as she puts it on her site. In doing so, she makes use out of a material whose stated purpose -- as Berrier asserted -- is questionable. 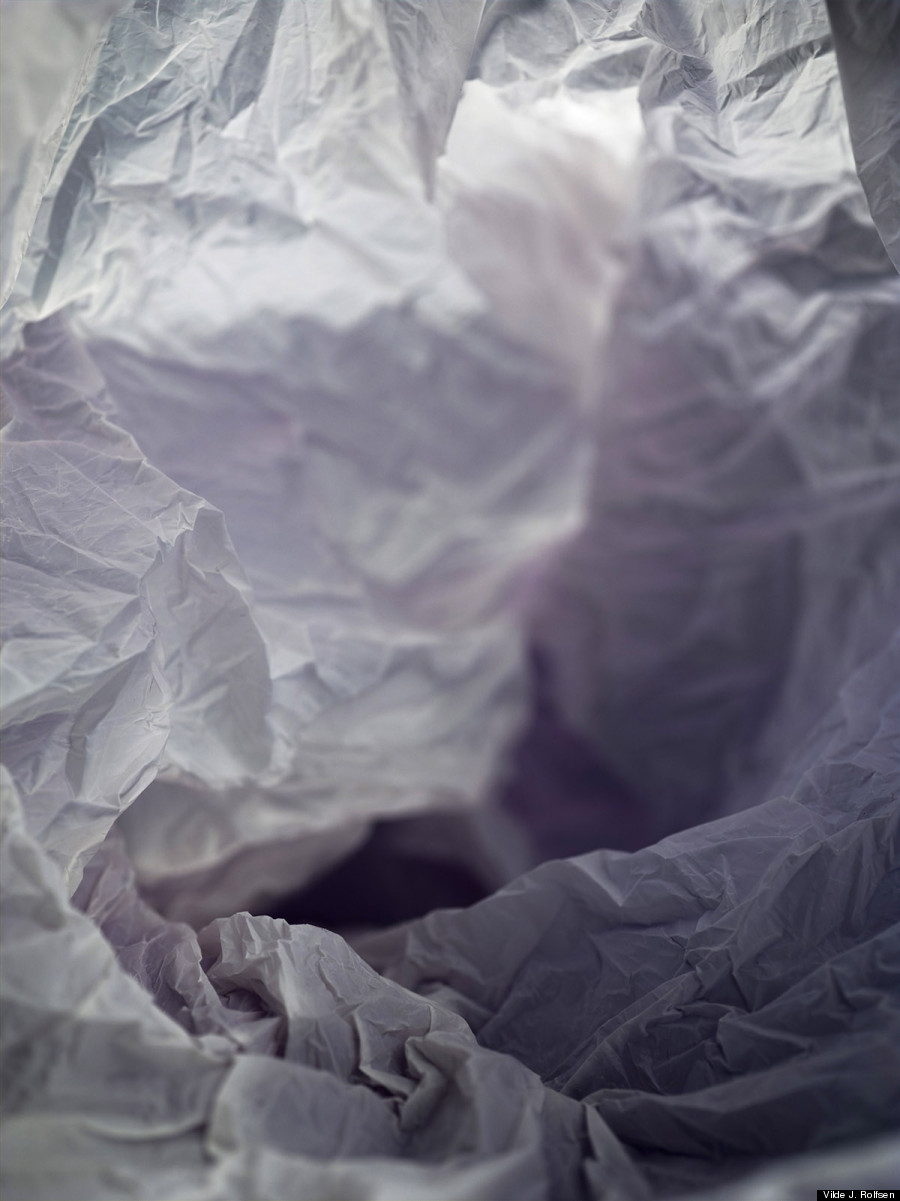 Rolfsen's trashscapes, posted at her site and on a Tumblr, could be mistaken for close-ups of Arctic caves, or aerials of icy mountains. She finds the bags "everywhere," she wrote in an email to HuffPost, "in the streets, at my friends [sic] place and at my uni." Size doesn't matter, but she keeps an eye out for monochrome bags, which suit her purpose better. 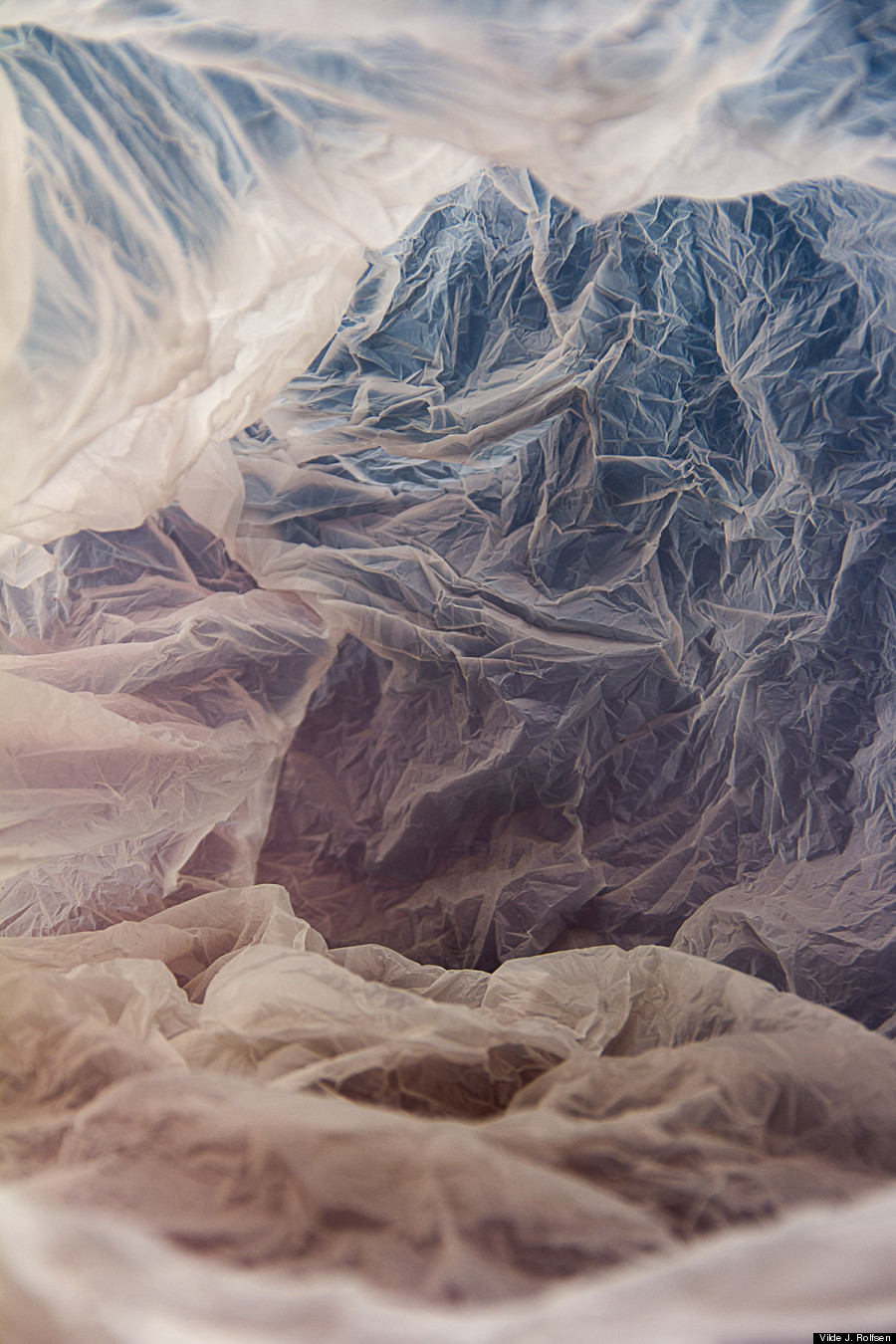 The point is not to glorify the bag, but to make whatever beauty out of it one can. In other words, let's hope the series becomes obsolete some day. 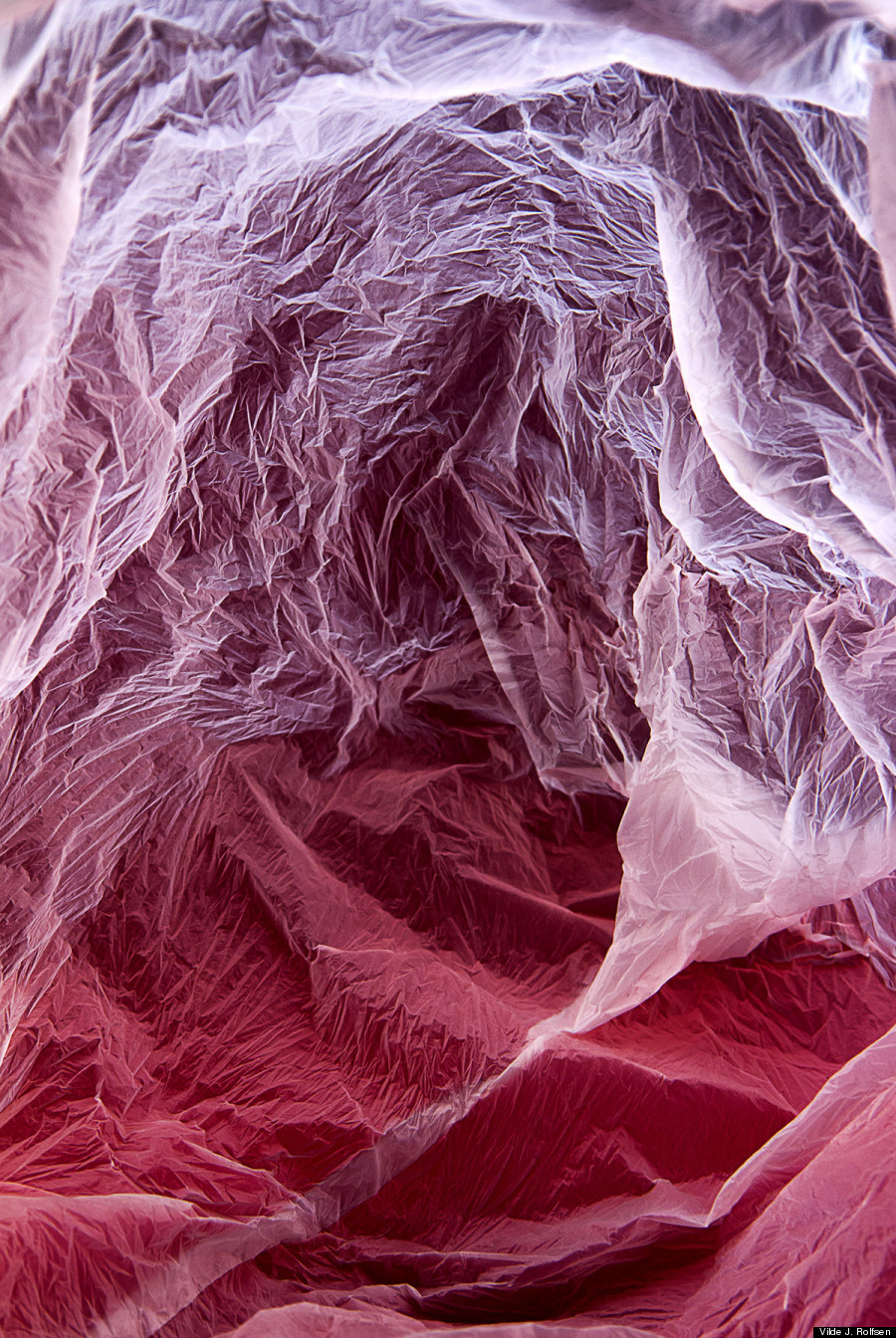