We've seen what a Barbie doll would look like if modeled after the average 19-year-old woman. But when you juxtapose a doll's facial features with a real woman's, the results are startling.

That's what photographer Sheila Pree Bright did in her 2003 series "Plastic Bodies," which is currently part of the traveling art show "Posing Beauty in African American Culture." Pree Bright's work focuses mostly on women of color, exploring their complex relationships to white beauty standards by combining images of real women's bodies and faces with those of dolls.

Pree Bright shared the idea behind the series in an email to the Huffington Post:

American concepts of the “perfect female body” are clearly exemplified through commercialism, portraying “image as everything” and introducing trends that many spend hundreds of dollars to imitate. It is more common than ever that women are enlarging breasts with silicone, making short hair longer with synthetic hair weaves, covering natural nails with acrylic fill-ins, or perhaps replacing natural eyes with contacts.

Even on magazine covers, graphic artists are airbrushing and manipulating photographs in software programs, making the image of a small waist and clear skin flawless. As a result, the female body becomes a replica of a doll, and the essence of natural beauty in popular American culture is replaced by fantasy.

Bright also drew from her personal experiences being a woman of color searching for an identity. In a February 2009 interview with photography blog Dodge & Burn, Pree Bright revealed that her upbringing in a military family exposed her to a variety of different cultures, prompting her to constantly question where she fit in.

"This body of work addresses the loss of personal identity many women experience, specifically women of color," Pree Bright told HuffPost. Check out some of the striking images in the slideshow below.

The "Plastic Bodies" series can be seen in the show "Posing Beauty in African American Culture," curated by Deborah Willis, at the following locations: 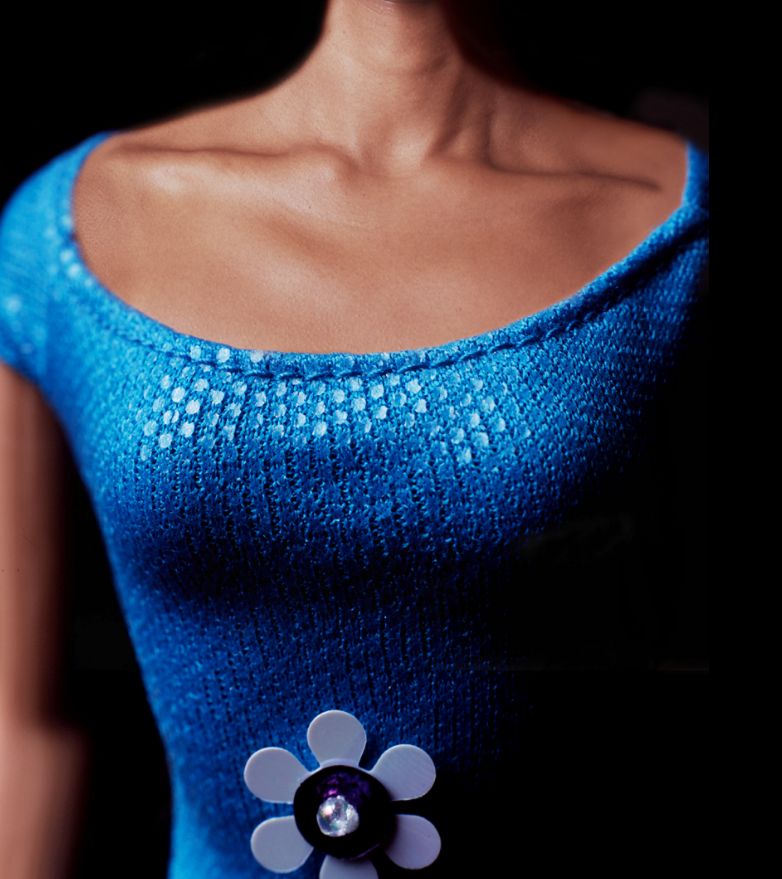