Outside the Academy Awards at the gateway to the Hollywood Walk of Fame, a striking Oscars statuette poses for tourists and media. While the bald gold head is unmistakable, the statue is in platform heels wearing pasties, wearing a g-string with dollar bills tucked in the waistband, hanging from a pole. 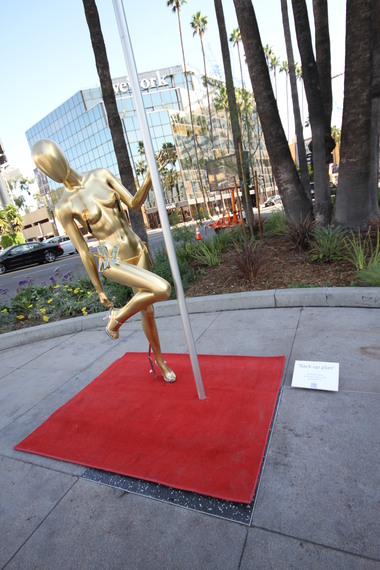 This life-size sculpture, atop its own red carpet, is the latest stinging criticism of Hollywood and the Academy by street artist Plastic Jesus, known for past powerful installations during Oscars Week.

So many women come to Hollywood chasing a dream to become an actor, dancer, or singer. Sadly, due to the lack of opportunities, combined with the high cost of living, they are faced with the reality of having to strip in bars and clubs. It's the only industry in the world where it is acceptable to strip as an internship. Many even believe that having been a stripper makes you 'cooler' once you (hopefully) become famous.

Other artwork by the artist has been critical of commercialism, drug abuse, and the Kardashians.

In past years, Plastic Jesus's art installations have become so inflammatory that someone identifying themselves as an Academy member tried to dismantle one of his Oscars sculptures. The sculpture is on display at the Hollywood gateway until it is ordered removed by the Hollywood Chamber of Commerce.

Plastic Jesus's other artwork, including past Oscars sculptures, can be seen in the new book Where Else But The Streets: A Street Art Dossier, out on RothCo Press. 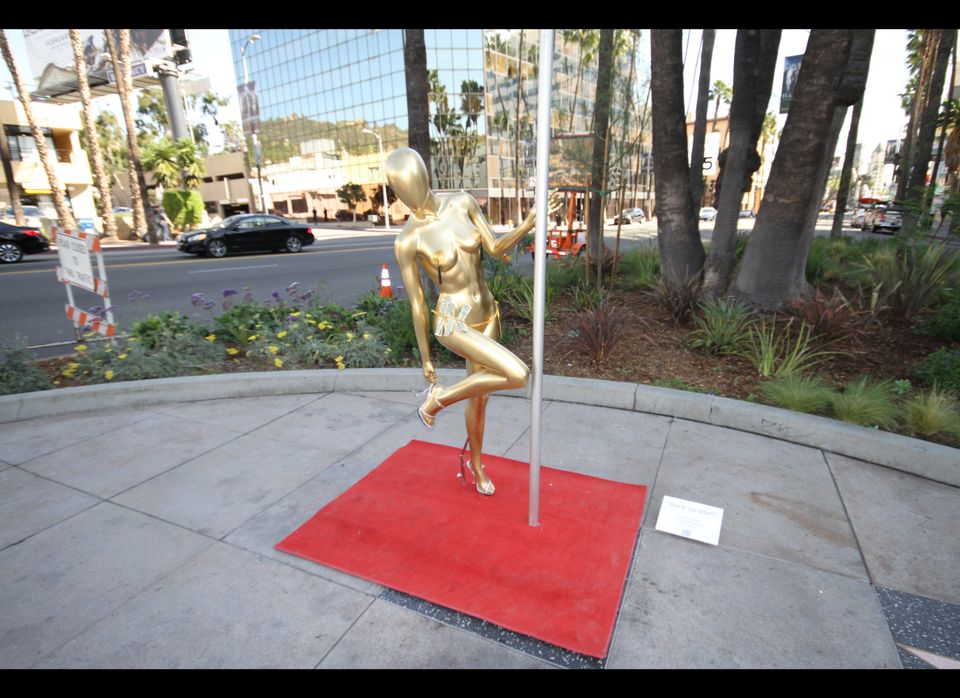