Earlier in September, a group of Broncos fans that bonded over their mutual love for Tim Tebow vowed to pay for "We Want Tim Tebow!" billboards in Denver. Well, it looks like they got beat to the punch by employees at Multiline International Imports who have surrendered their own digital billboard for their favorite backup QB: Tim Tebow.

The sign at the corner of 58th and Logan in Denver has several rotating pro-Broncos images reading "Broncos Fans To John Fox: Play Tebow!!" and "Welcome To Tebow-Land." One image predicts a win for the Broncos over Green Bay this weekend. And another image shows Tebow in uniform, on the field, with both fingers pointing up towards the sky (see slideshow below).

First-And-Orange first reported on the billboards and spoke with Multiline International employee Mohammad Suleiman about using the company sign to support the loved-hated quarterback:

Tebow's the man. He's bringing excitement to Denver like we haven’t seen in a few years.

There was at least one positive reaction to the billboard -- Broncos team spokesman Patrick Smyth had this to say, "We have the best fans in the NFL. This is another example of their unrivaled passion and enthusiasm for the Broncos," ProFootballTalk reports.

But Coach John Fox who reportedly could not hear Broncos fans chanting for Tebow in the Broncos game against the Raiders appears to be unwavering in keeping Orton as starting quarterback. He isn't blind to the billboards, he just doesn't make it to that side of town, he said to The Denver Post:

I'm sure there's a lot of billboards. I just don't get downtown that much.

As Yahoo! Sports reported, Fox does have a point -- the Multiline billboard is about 20 miles away from the Broncos Dove Valley training facility in Englewood and about 5 miles from newly renamed Sports Authority Field at Mile High. 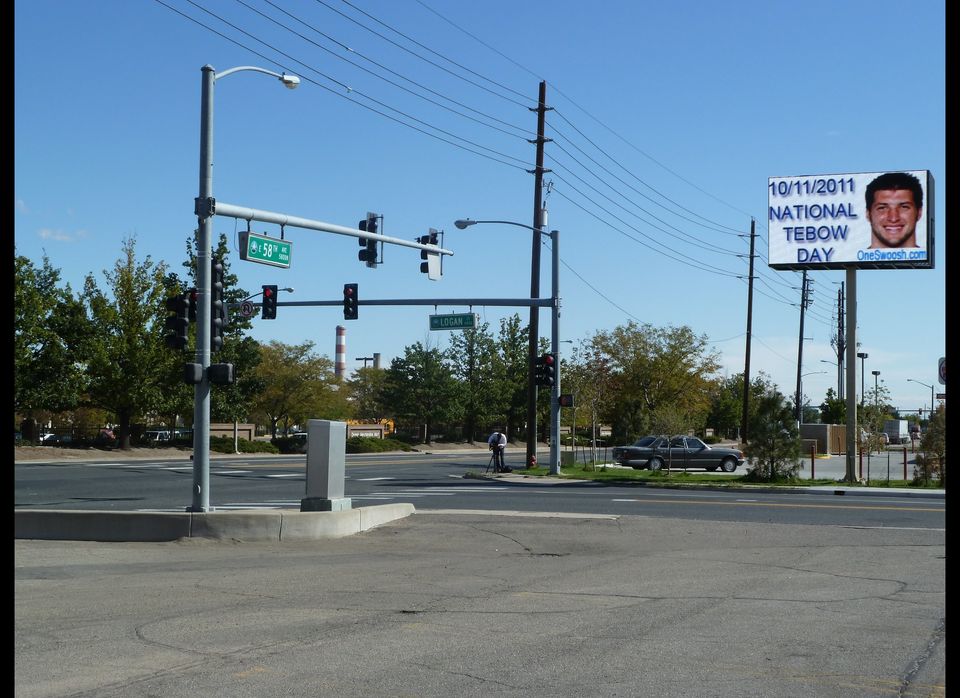