Now that President Donald Trump has rebranded himself as a staunch ally of right-wing Christians, some people may wonder if he wishes he could erase his March 1990 Playboy Magazine cover from public memory.

But as it turns out, at this point, it’s Playboy that’s actually ashamed to be associated with Trump.

“We don’t respect the guy,” Cooper Hefner, son of Hugh Hefner and chief creative officer at Playboy Enterprises, told The Hollywood Reporter in an interview published Thursday. ”There’s a personal embarrassment because Trump is somebody who has been on our cover.”

(You can read the full interview, which details Cooper Hefner’s future plans for the Playboy brand, here.)

According to The Hollywood Reporter, Hefner, 25, compared the “reactionary cultural conservatism” of the current era to the 1950s when Playboy was first founded. He characterized the company as having a “philosophy about freedom,” adding that “right now, as history is repeating itself in real time, I want Playboy to be central to that conversation.”

He later elaborated on Twitter, going so far as to say that Playboy would never have put Trump on the cover had they been able to predict Trump’s presidency.

Why am I embarrassed about this cover? Because we promote a philosophy that encourages ALL individuals to choose the life they want to live. pic.twitter.com/jNGmgWuSrk

If the 1990 team at Playboy would have known Trump's platform than the President would have never found his way onto our cover.

-But hindsight is 20/20 and the fight on the intellectual battlefield and for what really makes America great rages on.

And while no one at Playboy could have known what the future held, that 1990 interview with Trump had some spooky foreshadowing.

For one thing, though Trump claimed he didn’t want to ever be president (unless he “saw this country continue to go down the tubes,” he said), the interview includes several questions about what a Trump presidency would look like. As The New York Times noted back in March, Trump’s stances were pretty similar then and now, from his fixation on other countries “laughing” at the U.S. to touting “extreme military strength,” to mocking past presidents ruthlessly.

Playboy Is Embarrassed That Trump Was Once On Its Cover, Exec Says
Years Later, 7 Playboy Playmates Re-Enact Their Legendary Covers 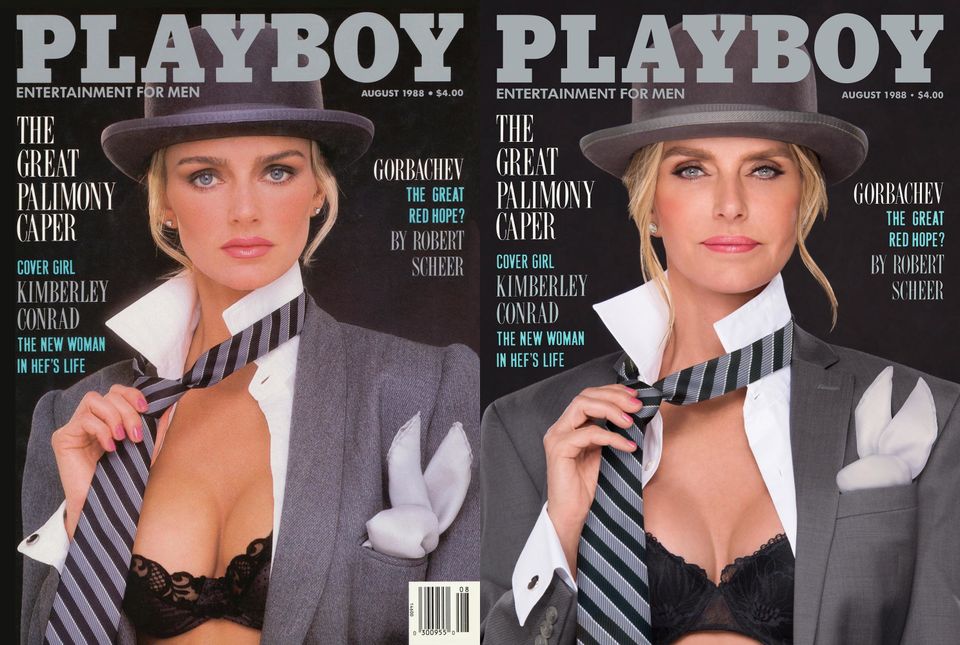