The December edition was published Thursday, just before the Mexican festival honoring Mary known as the Day of the Virgin of Guadalupe.

Playboy Enterprises Inc., based in Chicago, released a statement Friday explaining that the company did not approve the cover because the Mexican version of the magazine is published by a licensee, according to Reuters.

"While Playboy Mexico never meant for the cover or images to offend anyone, we recognize that it has created offense, and we as well as Playboy Mexico offer our sincerest apologies," the company said.

Check out the cover below. 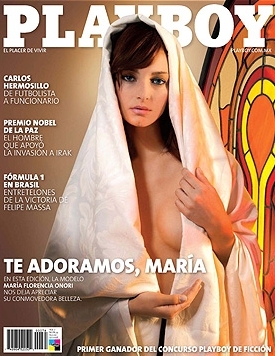